The 2017 EAA AirVenture event in Oshkosh, Wisconsin, will feature more than 800 exhibitors and 10,000 aircraft. Here, we provide a brief preview of avionics technologies on display and avionics-focused events and seminars.

Out of the 10,000 aircraft flying in to Wittman Regional Airport, 2,500 are categorized as show airplanes, according to Dick Knapinkski, director of communications for EAA. In 2016, EAA AirVenture had 563,000 attendees, an increase of nearly 1% from 2015.

Based on the most current information from EAA, there are 57 total companies classified as avionics manufacturers, distributors or modifications companies at AirVenture this year. Some of the commonalities in terms of new avionics technologies on display will include hardware and software for ADS-B compliance, connectivity technology as well as new cockpit display and electronic flight bag (EFB) tablet capabilities.

Gregg Cohen, president of BendixKing, told Avionics one of the newer technologies his company will have on display is the AeroWave TextTracker, a handheld device that can sync with a smartphone to allow pilots or other personnel to communicate while airborne or even outside of the aircraft.

One aspect of BendixKing’s company that recently changed for the general aviation market is its new repair policy, which now prevents field repairs on their communications and navigation technologies currently in service on thousands of airframes. As of July 1, those products must be sent to the BendixKing factory for repair, with the exception of the KX 155 and KX 165 nav/com units, the later-model KX 155A and KX 165A cousins, and the KI 256 flight command indicator for autopilots, according to an AOPA report on the change.

Cohen said he wants to use AirVenture to get feedback from operators about BendixKing technologies.

“The operators, pilots and aircraft owners will give you unfiltered feedback,” said Cohen. “We want to know what they think is of value and what they’re willing to pay for. You really can’t get that anywhere else other than a show like OshKosh.”

According to Garmin, what makes the GDL 82 more cost effective is that it contains AutoSquawk interrogation technology, which works reliably with most Mode C transponders to synchronize the transponder’s squawk code with the GDL 82. That capability prevents the need for the aircraft owner to install a separate universal access transceiver (UAT) control panel for 978 MHz ADS-B solutions.

Sarasota Avionics recently posted an update to its website about avionics rebates and specials available at AirVenture. These include discounts available on the Aspen Avionics EFD1000 Pro primary flight display, the BOSE A20 aviation headset and wireless speaker and the Genesys Aerosystems System 55X autopilot.

There are several avionics-focused trainings, events and panel discussions occurring next at AirVenture this year. Here are some of that you may find interesting.

An ongoing feature at AirVenture will be "The Partnership for the Enhancement of GA Safety, Accessibility, and Sustainability (PEGASAS) Weather Information Latency Demonstrator (WILD)" located in the Pilot Proficiency Center. The project is one of 20 under the PEGASAS umbrella and aims to address the number of weather-related accidents in general aviation, 80% of which are fatal, according to EAA.

Pilots will be able to fly the WILD simulator, which provides a demonstration of how information on some of the most common cockpit weather displays are delayed in comparison to actual airspace conditions. The FAA is looking to use the findings of the PEGASAS “Weather Technology in the Cockpit (WTIC) project” to define minimum weather service standards and developing educational and technological solutions that will help improve safety for general aviation pilots.

Monday July 24, from 10 to 11:15 a.m., Rodger Dyson, hybrid gas electric propulsion technical researcher at NASA, will give a presentation on what NASA sees as the next frontier in aviation, electrically enhanced propulsion technologies.

Monday, July 24, at 11:30 a.m. in the Theater in the Woods, the General Aviation Manufacturers Assn. (GAMA) will host a forum voicing its opposition to U.S. lawmakers’ attempts to privatize the current air traffic control system.

Wednesday, July 26, from 2:30 to 3:45 p.m., Joann Ford, a member of the FAA’s navigation programs senior management team, will give a presentation focusing on how the number of wide area augmentation system (WAAS) LPV and LP approaches has now exceeded the number of ILSs in the national airspace system. She will also discuss the evolution of WAAS and avionics from GPS to WAAS LPV/LP and GBAS.
Check out the full listing of EAA AirVenture 2017 events. 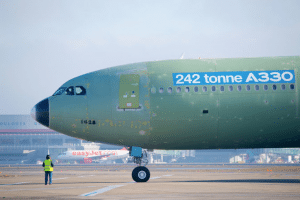