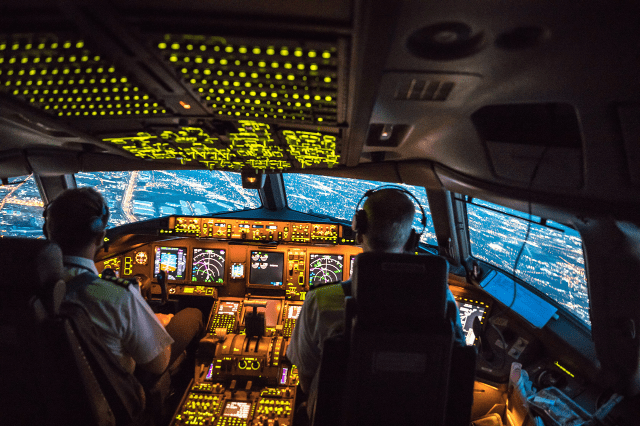 L-band and IP standards changes stem from September, 2016, AEEC published a proposal by Honeywell and Collins Aerospace–then Rockwell Collins–to change avionics standards to make them compatible with IP-based communication. During the AEEC mid-term session in Seattle last month, updates to existing avionics standards managed by the committee were approved that will enable the future use of new IP and satellite-based aircraft communication links.

"With recent activity in the commercial aviation industry, including the publication of the Second Edition of ICAO 9896 (Manual on ATN using IPS) and creation of the AEEC Internet Protocol Suite (IPS) for Aeronautical Safety Services Subcommittee, the industry is moving toward use of IP-based data communication to and from all aircraft domains (passenger, cabin and now cockpit)," according to the 2016 proposal, ARINC Project Initiation/Modification (APIM) 17-003. "Avionics standards need to be updated to accommodate these changes."

AEEC approved Supplement 4 to ARINC 758 on Oct. 10, according to an AEEC official.

"Following 30 months of development, the AEEC Executive Committee voted to approve this document on October 10, 2019 at the AEEC mid-term session in Renton, Washington," Paul Prisaznuk, the AEEC executive secretary and program director, wrote in an email to Avionics International.

"Supplement 4 adds Ethernet ports as defined by ARINC Specification 664 Part 2," he wrote. "It allows the CMU to communicate with newer L-Band Satellite Communications Equipment (e.g., Inmarsat SwiftBroadband and Iridium Certus), and other future IP based equipment (e.g., AeroMACS). Airlines expect their CMU suppliers to implement Ethernet interfaces in their latest products. ARINC Industry Activities plans to publish ARINC 758-4 before the end of this year."

Changes to the Aircraft Communications Addressing and Reporting System (ACARS) are also in the works. ACARS is a character-based messaging service that uses ARINC 618-based air-to-ground protocols to transfer data between onboard avionics systems and ground-based ACARS networks operated by one of two datalink service providers (DSPs)–SITA or Collins Aerospace. ACARS is to evolve and eventually transition to the Internet Protocol Suite (IPS).

The latter features are also those of the multi-link ACARS concept described by SITA, which, like ARINC, provides ACARS service. IPS is to be compatible with ACARS, which is likely to continue until 2025-30.

Supplement 9 to ARINC 618 is "in development," according to Prisaznuk.

"Supplement 9 to ARINC 618 will describe simple ACARS messaging over IP," he wrote. "This application will use Ethernet interfaces between the CMU and the various transceivers. The transfer of ACARS messages using 'super blocks' instead of traditional ACARS message blocks will be defined. Ground station guidance and interoperability sections will be updated. Broadcast VDL (video data link) protocol definition will be included. Supplement 9 maturity is to be determined."

Such changes are significant ones.

"Data link communication is fundamental to the operation of an airline," Prisaznuk wrote.

"As the use of data link continues to grow, airlines want the best service possible from their data link service providers with minimal or no modification to their aircraft," he wrote. "This includes the ability to transfer large ACARS messages to/from the aircraft using larger message sets called 'super blocks.' The transition period from ACARS to ATN/IPS is expected to take place in a step-wise fashion. Among the initial steps is define the means to send traditional ACARS messages on private networks using the Internet Protocol (IP). ARINC Specification 618 will define ACARS over IP, which may be used by the airlines in the interim period while the new ATN/IPS infrastructure is being defined, tested, and built."