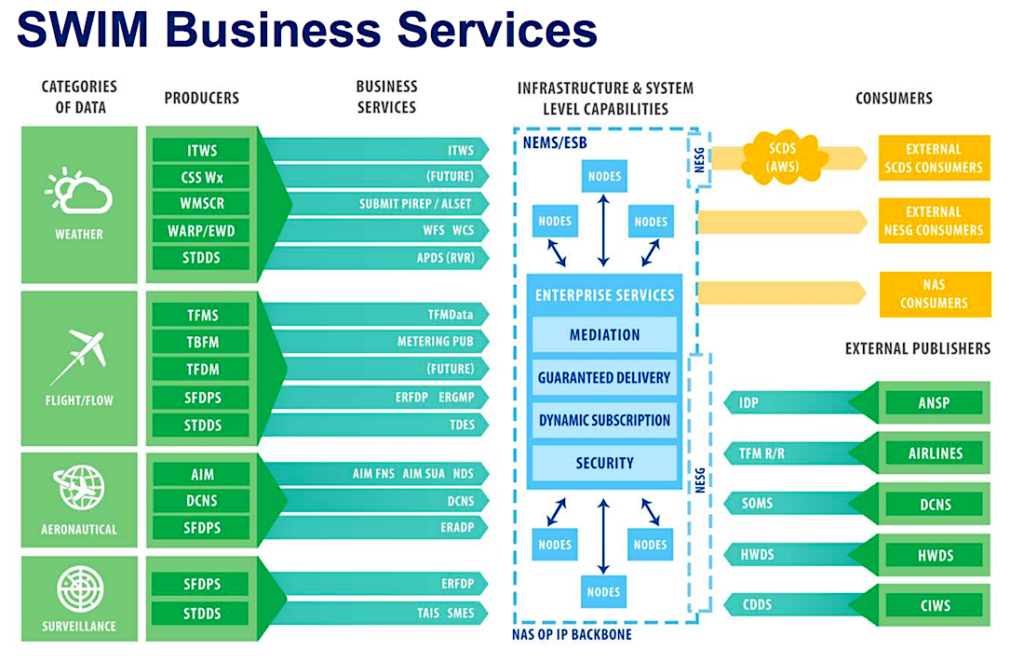 The concept of operations that makes SWIM. Photo: FAA

SAN DIEGO — The FAA wants to use the increased presence of faster air-to-ground and satellite-based internet connectivity links on air transport aircraft to optimize the sharing of airspace system information among airlines, airports and other aviation stakeholders across the National Airspace System (NAS).

“Through the IP data link we want to enhance the collaboration between aircraft and the [flight operation center] FOC,” Ghazavi said. “One of the things we’re looking at is how to use that IP data link to enhance our trajectory negotiation. How we can share the constraint that ATC sees, that a pilot potentially does not see? Why are reroutes happening? If a pilot can gain better access to this, it could be very beneficial.”

On a global scale, SWIM is used primarily by air navigation service providers as a means of establishing standards, infrastructure and governance of air traffic management information sharing between qualified users. The FAA primarily acts as a publisher of a wide swath of NAS information such as surface temperatures, electronic flight data and Notice to Airman (NOTAMs) notifications.

Under the original NextGen program, SWIM was introduced as an effort to get NAS data not only to FAA personnel, but also to the larger aviation public, including airlines and pilots to provide them with a means of using the data to create their own products and services. As an example, FlightAware has used ADS-B data to provide advanced aircraft tracking services to airlines.

The FAA has also begun migrating the central access point of every updated available data point to a cloud-based infrastructure from Amazon being developed by Harris Corp. Now, the agency is also looking at taking SWIM a step further, by leveraging high speed IP datalinks for more advanced airborne and on-the-ground uses by pilots for things like filing flight plans, negotiating trajectories and finalizing clearances for takeoff. 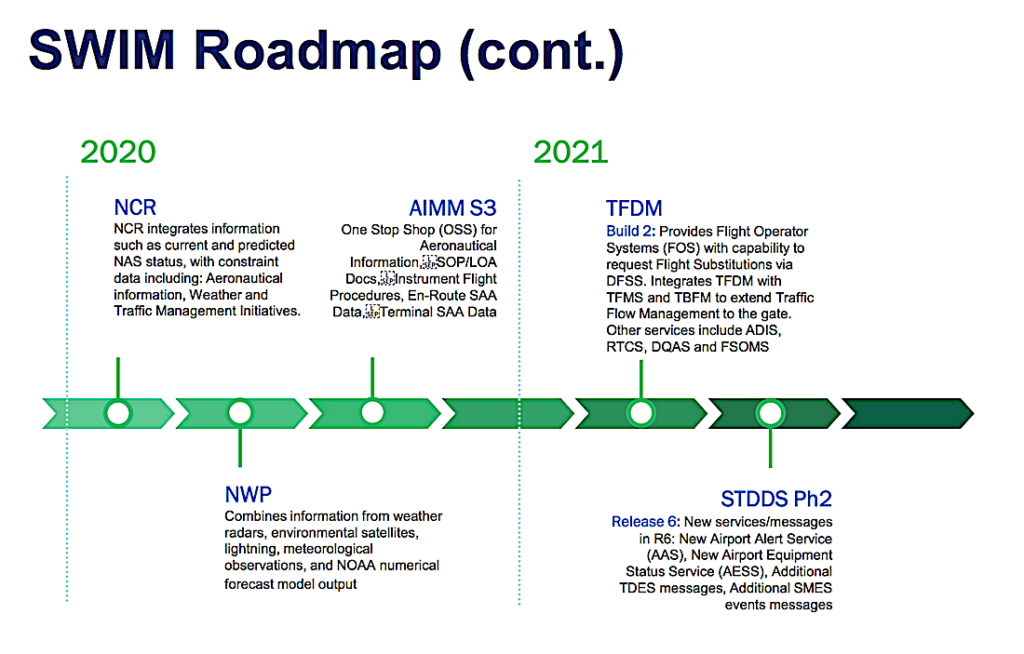 A roadmap for SWIM development through 2021. Photo: FAA

“We would like to increase the collaborative decision making and incorporate pilots and air crews input while we’re changing the trajectories and making decisions down on the ground. There are performance-based standards and advisories we’re looking at to enhance that,” Ghazavi said.

One way Ghazavi sees this happening is the use of connected Apple and Android tablets in cockpits receiving data directly from the SWIM cloud. This type of sharing would require increased security, which is one aspect of such SWIM data access the FAA is working on.

Moving forward, the FAA sees cloud-based SWIM as positioning external users to access data sets using the internet to connect to their central SWIM cloud distribution system. Airlines including American, JetBlue and private charter operators such as XOJET are among the 170 airspace users currently subscribed to the SWIM network. The FAA counts another 230 users in the process of gaining access to the system.

Ghazavi also described the airport surface as one of the most challenging environments in the NAS, and that is one area where the FAA is researching the exchange of airspace system information between EFBs and FOCs. While the increased access to SWIM via aircraft connectivity is just one effort, the research is geared toward providing improvements in air traffic flows. As an example, the agency sees the opportunity to use connected access to SWIM as improving scheduling at shared departure fixes and reducing vector holding that can arise during busier traffic periods at high-volume airports. 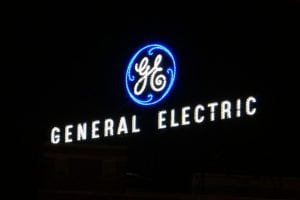