By Adrienne Harebottle | May 2, 2018
Send Feedback Inmarsat's new GX Aviation in-flight broadband service is currently being rolled out on Qatar Airways’ Boeing 777 and Airbus A350 aircraft. In total, the service will be equipped on more than 130 of the airline’s aircraft.

The rollout of GX Aviation follows a separate announcement that Qatar Airways has activated a new space-based system, supplied by Inmarsat, to track all of its flights across the world. Inmarsat worked exclusively with Qatar Airways to develop this solution, which uses Inmarsat’s satellite technology to provide the exact real-time location of the airline’s aircraft in latitude and longitude.

Sea-Tac to Get More ATC Displays 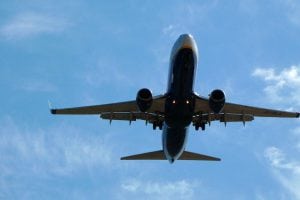