Operators in India need to upgrade their avionics this year to match the country’s overhaul of its ATC system. Ashok Lavasa, India’s civil aviation secretary, says Gagan is projected to save the nation’s operators and airlines a combined $10 million annually in fuel savings. Gagan, jointly developed by Airports Authority of India, the ISRO and Raytheon, is a Satellite-Based Augmentation System designed to allow properly equipped aircraft to fly en route navigation and non-precision approaches in Indian airspace.

Tigerair has placed a $3.7 billion order for 37 Airbus A320neo aircraft in an effort to expand and modernize its commercial fleet, the Singapore-based carrier said. The airline’s existing order for nine A320s, part of a larger order placed in 2007, will now be canceled. Airbus said Tigerair has also placed options on 13 additional A320neos.

Koay Peng Yen, CEO of Tigerair, said the purchase will help to re-position Tigerair for a “brighter future.” Singapore Airlines holds a 40 percent stake in the carrier, which is looking to prevent a third straight year of revenue losses.

“This deal effectively dissipates some concerns over a potential capacity overhang in the next couple of years,” said Yen. Tigerair will equip the A320neos with Pratt & Whitney’s PurePower PW100G-JM engines.

Airbus offers both the PurePower and the CFM International LEAP-X. Airbus will begin delivering the re-engined A320s to Tigerair in 2018.

As the search for the missing Boeing 777 from Malaysia Airlines Flight MH370 continued, IATA CEO Tony Tyler called on the global aviation industry to produce a better method for tracking aircraft.

“We cannot let another aircraft simply vanish,” said Tyler in a speech on air transportation safety in Kuala Lumpur.

Tyler said IATA will form a new task force in collaboration with the ICAO in an effort to facilitate a new method for global tracking of commercial aircraft.

“This group will examine all of the options available for tracking commercial aircraft against the parameters of implementation, investment, time and complexity to achieve the desired coverage,” said Tyler. The task force will report its conclusions in December.

Gogo has received a Supplemental Type Certificate (STC) from the FAA and certification from the Japanese Civil Aviation Bureau (JCAB) to install its Ku-satellite based connectivity service on Japan Airlines’ (JAL) 777-200 aircraft. Both certifications will clear regulatory barriers toward launching Gogo’s in-flight connectivity service across JAL’s entire commercial fleet. Gogo signed a connectivity agreement with JAL in October 2013. The airline has not yet announced when the installations will be complete.

Lockheed Martin is upgrading South Korea’s ATM system with an updated version of its SkyLine system, first deployed in Korea in 2001. The upgrade will be completed in partnership with the prime contractor for the project, LG CNS. Both Lockheed and LG CNS will establish a SkyLine research and development center in Seoul, Korea which will facilitate technology transfer and provide in-country software customization. The aerospace and defense manufacturer claims to provide ATM software for more than 60 percent of the world’s current air traffic. 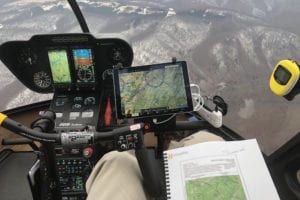