The first Airbus A350-1000, which was delivered to launch operator Qatar Airways last month, is equipped with a new safety feature that will now be standard across all A350-1000s.

Called the automated emergency descent (AED), this system engages the aircraft’s autopilot function to automatically and quickly bring the aircraft to a lower, safer altitude in the event of in-flight cabin depressurization.

“Depressurization events are extremely rare,” said Yann Besse, an autopilot laboratory test team engineer for Airbus. “Our goal was a simple system that provides significant workload alleviation when a rapid descent is required.”

The AED mode is triggered when the cabin pressure falls below a predetermined limit. After alerting the flight crew, the system engages the autopilot to bring the aircraft to a lower, safe altitude if there is no crew reaction within 15 seconds.

With the AED system already standard on the extended-fuselage A350-1000 version, its certification for the shorter-length A350-900 variant is in progress and expected soon. Airbus said it will explore wither to expand the system further after collecting user feedback. 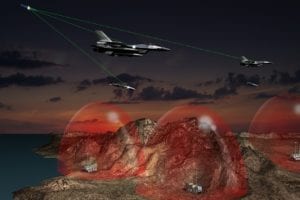