[Avionics Magazine 01-17-2017] Aireon has recently successfully launched and deployed its first 10 satellites hosting its space-based ADS-B system, the company says. As part of the Iridium Next satellite constellation, it is a joint effort that includes Iridium Communications, Thales Alenia Space, Orbital ATK and SpaceX. All 81 Iridium Next satellites are equipped with the AireonSM payload. Iridium and SpaceX have conducted seven launches over the course of 18 months out of Vandenberg Air Force Base in California.

"This successful first launch brings us one step closer to changing the way the world flies by enabling the ability to track aircraft anywhere on the planet,” says Aireon CEO Don Thoma. “Once our global ADS-B surveillance service is fully deployed, every ADS-B-equipped aircraft can have its precise location accounted for 24/7."

After some 40 to 60 days in orbit, Iridium will hand off the ADS-B payloads to Aireon for verification of on-orbit technical specifications. At that point, a two-month validation process will be conducted, including testing and validation of the Harris Corp.-made ADS-B receivers. During testing, the receivers will have to provide air traffic surveillance data through the Aireon network to the Service Delivery Points (SDPs) at partners NAV CANADA, NATS, ENAV, the Irish Aviation Authority (IAA), as well as the FAA William J. Hughes Technical Center in Atlantic City, New Jersey.

Aireon, formed by Iridium Communications and investors NAV CANADA, ENAV, the Irish Aviation Authority (IAA) and Naviair, expects to have an operational, global, space-based air traffic surveillance system by 2018. The network is also set to provide Aireon ALERTSM, which is a free global emergency-aircraft tracking service. The Irish Aviation Authority plans to operate the service. 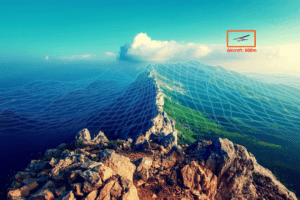