[Avionics Today 05-24-2016] Inmarsat’s broadband In-Flight Connectivity (IFC) service is moving closer to launch as Rockwell Collins announced it had validated the network’s performance as well as a number of its own value-added services and Gogo has added the Ka-band connectivity service to its portfolio for business aircraft operators flying globally.

Inmarsat expects Jet ConneX will be available globally in mid-2016, and will support high-speed Internet via Inmarsat’s next generation of satellites, the Inmarsat-5s (I-5) over Ka-band.

Those who select the Jet ConneX network under Gogo will be able to integrate with other services, including other equipment, network services and in-flight entertainment. Jet ConneX supported applications include: streaming TV in real time, high-speed broadband Internet access, video calling and conferencing, Voice over IP (VoIP), SMS messaging, flight deck and cabin crew applications, among others. 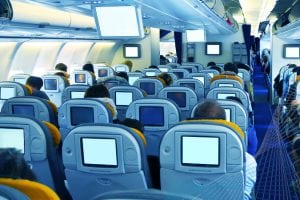