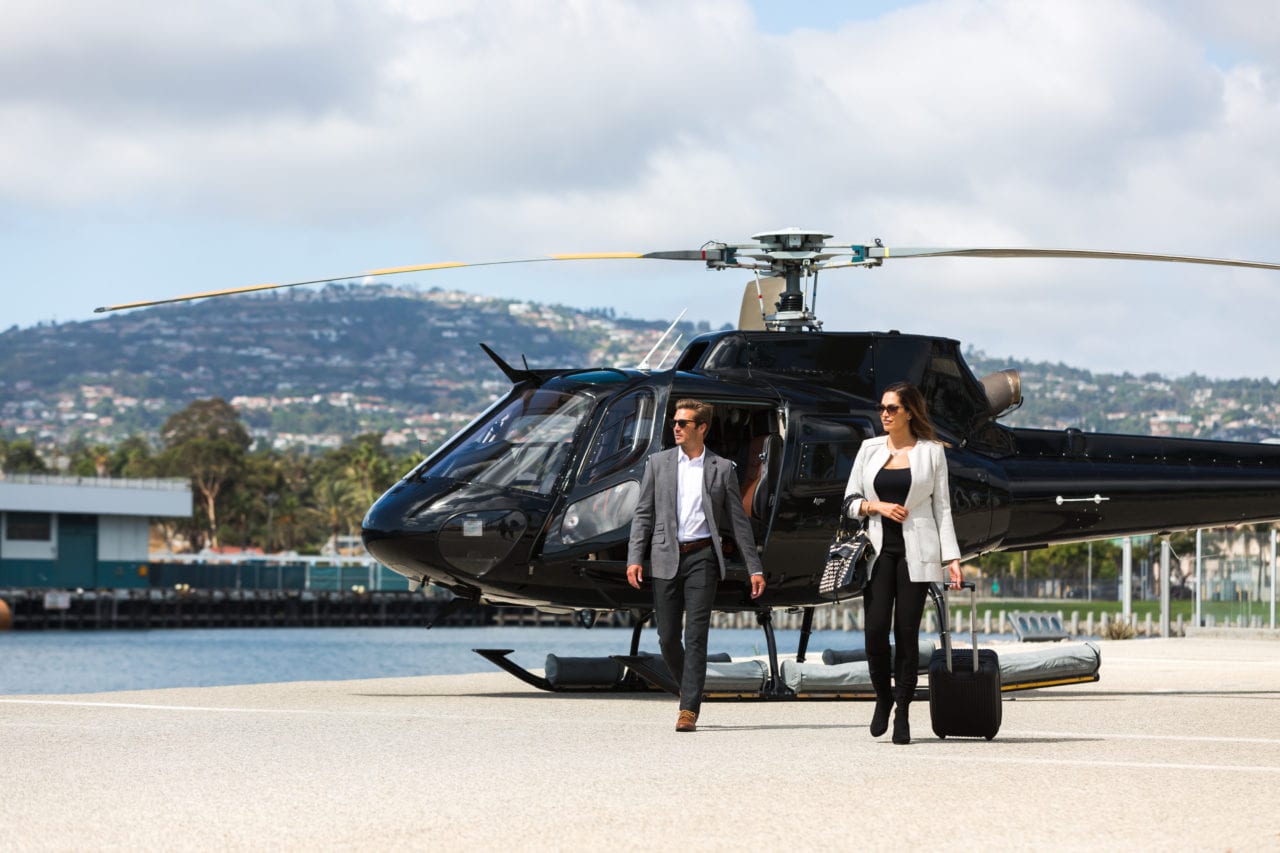 The battle for market share in urban air mobility (UAM) is ramping up as Airbus’ on-demand helicopter service, Voom, launches operations in the United States, beginning with five destinations in the San Francisco Bay Area.

Launched in Sao Paulo in 2017 and later expanded to Mexico City, Voom is a platform the connects supply — helicopter operators in the regions where Voom is available — and demand, meaning people willing to pay $215+ per flight to fly over traffic. It’s one of the companies eyeing the future potential of the UAM market, as electric vertical takeoff and landing (eVTOL) aircraft currently under development have the potential to dramatically undercut the fuel, maintenance and operating costs associated with traditional helicopters.

But to succeed in the much-lauded future market of eVTOL-powered on-demand air mobility, which some forecast to be worth $500 billion or more over the next 20 years, Voom — and competing platforms such as Uber Copter and Blade — face challenges surrounding public acceptance, infrastructure buildout and negative public perception associated with helicopter flights.

“The U.S. has dozens of cities that are facing daily traffic congestion where you could operate an urban air service and actually bring something to people,” Clément Monnet, CEO of Voom, told Avionics. “So we are right now actually exploring additional cities in the U.S. We haven’t decided yet, but you can think of any city that has a congestion issue and enough concentration of population.”

In addition to establishing the Voom brand in traffic-congested cities around the globe, the unit serves as a data-gathering tool for the larger Airbus company as it ponders how to best capitalize on emerging technologies and markets associated with UAM, according to conversations with Airbus executives.

“Voom is part of something bigger at Airbus called Airbus Urban Air Mobility, which has basically four main streams: the [business to consumer product, Voom], the vehicle, the [unmanned traffic management] and the infrastructure,” said Monnet.

Through Voom's on-demand helicopter service, Airbus is gathering important data about the operational challenges of urban air flight operations, which informs its other projects in the UAM space, such as the Vahana and CityAirbus vehicles under development. A³, the company’s innovation center based in Silicon Valley, has launched a number of projects to explore opportunities across the ecosystem, aware that vehicle manufacturers are unlikely to reap the majority of the profit it creates.

“There's an analogy here to the automotive industry; many car manufacturers have realized that their success in the advent of electric and autonomous vehicles is predicated on reducing their reliance on vehicle sales alone,” Mark Cousin, CEO of A³, told Avionics International. “Many players in the UAM space are also questioning the potential profitability of being a pure vehicle supplier. For this reason, Airbus is exploring the entire ecosystem that makes up urban air mobility — technology, business models, city integration, infrastructure development, and airspace management — and how these critical components can come together.”

A market study by aerospace-focused Nexa Advisors supports this view, finding a “direct value” of $318 billion to be captured in UAM from 2020 to 2040, with only $41 billion of that constituting vehicle sales. A further $32 billion will be found in operating costs associated with infrastructure and airspace management, with the remaining $244 billion expected to be operator revenue.

Monnet and Cousin said they see Uber’s entrance to the helicopter mobility market via Uber Copter, launched over the summer in New York City, as validation of the concept behind Voom. 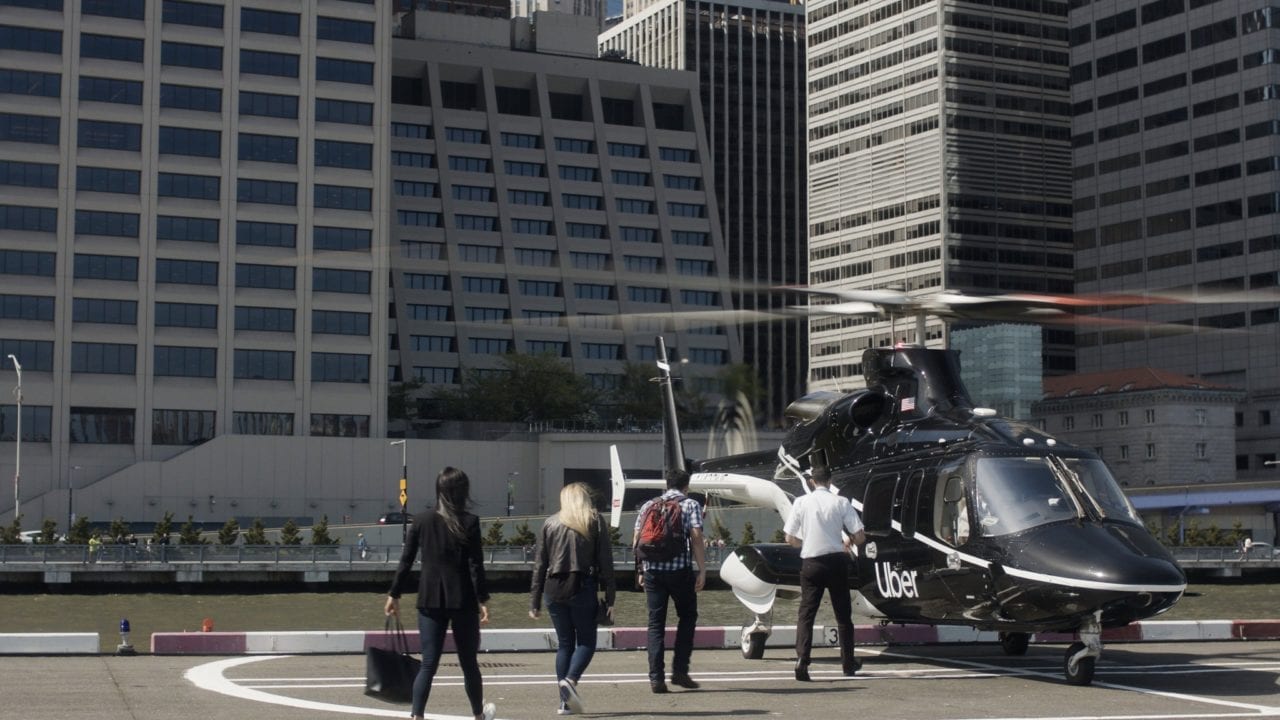 But both Voom and Uber Copter are relatively new on the U.S. urban helicopter transit scene, and both face fierce competition to be known as “the platform of reference for Urban Air,” as Monnet describes Voom’s vision.

Blade Air Mobility, founded in 2015 by former Sony executive Rob Wiesenthal, operates helicopter transit services in a number of markets across the country and is profitable in its “core market” of the New York City area with prices as low as $195 for many trips, Wiesenthal told Fast Company’s Sean Captain in June. Voom and Uber Copter have not publicly commented on their profitability.

Why didn’t any of these urban air mobility services exist until a few years ago?

Their rise is attributable to two things, according to Wiesenthal: the tech that enables ridesharing, and the importance of “experience” to younger generations — combined with products like Instagram that allow them to share it.

“No one found a way to share helicopters before Blade,” Wiesenthal told Avionics International. “And by providing [the service] with a consumer-facing brand, we helped shift it from a sole C-suite business product to one that can be enjoyed by a much wider flier population.”

Removing that C-suite image associated with helicopters will be critical to the success of UAM as an industry — and public acceptance of more low-flying aircraft, whether helicopters or futuristic eVTOLs.  Speaking at Revolution.Aero in San Francisco, Wiesenthal mentioned a reluctance by riders to expense helicopter rides to their employer; after changing the way the company appears on credit card statements, Blade saw a notable increase in riders.

Above: A TV commercial for Blade Air Mobility. (Blade)

Blade, which Airbus is an investor in, recently announced its next target for expansion would be Mumbai, India, a city famous for its congested roads.

“This works in probably 8-14 cities across the world,” Wiesenthal told Avionics, though that may change with the arrival of new vehicles that cut operating costs.

Nexa Advisors’ study examined over 70 cities worldwide the company believes may support UAM by 2040. But in addition to the costs, many cities simply don’t have places for VTOL aircraft to land — and residents often don’t support the construction of more heliports.

“There’s only one [heliport] in San Francisco that actually takes any flights in and out,” said Bill Goodwin, head of policy and legal for Skyryse, which plans to launch on-demand helicopter services soon and is investing in developing autonomous technology.

“But there are, I think, close to 17 that were originally permitted across the city proper … the future already came and went. People tried to perform this mission, they didn’t do it in the right way, they didn’t do it in collaboration with the community, and as a result, you can’t take off and land,” said Goodwin.

As it enters the U.S. market, Voom has emphasized this problem in its messaging. “Our vision is to improve people’s lives,” Monnet told Avionics. “We want to make a difference [in how] people move around cities and make cities and suburbs a better place to live.”

Blade and Voom agree they are comparable to Netflix, selling DVDs — or operating with traditional helicopters — while waiting for the infrastructure and technology to develop for streaming to take off.

“We’re waiting for our streaming, and our streaming is eVTOL,” Wiesenthal said at Revolution.Aero, adding that helicopters will continue to be in use for a long time and he expects a cohabitation period.

“We need 5 passengers, 1,100 pounds of payload,” Wiesenthal told Avionics, describing what Blade would look for to enable urban airport missions. “About 30 miles of range, and recharging no more than once a day would be helpful.”

But even with eVTOL aircraft, UAM providers think they are going to need a strong brand presence, excellent relationships with local communities and platforms that maximize the use of operators’ assets while providing the best flexible mobility options to customers. And that’s what Voom, Blade, Uber and Skyryse are investing in — with traditional helicopters — while they wait for streaming. 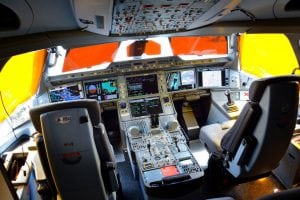 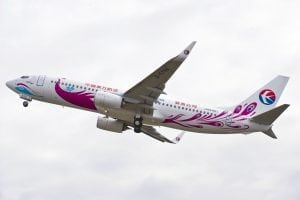