We've talked about it a lot, but in 2015 this is where mobile technology is going to have a seriously huge effect within aviation MRO. 2015 will see significant strides in the integration of mobile apps as part of a full Information System (IS) across all MRO operations.

Maintenance “at-the-asset" will become the expected norm, with airline maintenance crews equipped with essential mobile apps to access relevant information at the time of need, rather than taking the long walk to the back office or standing in line to access the terminal to obtain the relevant information. This new generation of mobile devices will have apps that are targeted toward maximizing effectiveness, minimizing user overhead and avoiding complexity in this complicated operating environment.

It has been widely predicted that additive manufacturing — or 3-D printing — will become ubiquitous within the Aerospace and Defense (A&D) industry. A&D is already a huge trendsetter in terms of adopting additive manufacturing and contributing 10.2 percent to the industry's $2.2 billion global revenue in 2012 — and all indications are that this will continue to grow. Rolls-Royce and General Electric have already announced that they plan to produce parts for aviation engines that are lighter and faster to make through additive manufacturing.

In 2014 we saw the huge potential for this technology in aviation. In 2015, as a recent Deloitte University Press report highlighted, I believe it will really show its worth in terms of reducing material costs, decreasing labor content and increasing availability of parts at point of use, having a dramatic impact on the supply chain. We will start to see real ROI.

In 2014, wearables promised much but delivered little in terms of practicalities. Gartner has predicted that the wearable market will be worth $10 billion by 2016. If this respected analyst group is right, things need to get a move on in 2015.

In civil aviation, the business need is there and the industry is crying out for wearable technology. Japan Airlines, for example, used Google Glass in the maintenance process this year. Engineers working around the plane on the tarmac wear the glasses and send images of the aircraft to maintenance specialists for assessment, who then feed any issues they see back to the engineer on the ground. Work is completed promptly, can be assessed in real time and all information is recorded to assess further issues down the line.

So forget the trendy aspect of wearable technology; its potential to reduce complexity and workload for aviation operators is a clear business benefit. If the industry gets it right, 2015 will see major widespread use of wearables in civil aviation really take effect.

4. Big Data holds the key to predicting the future

Big data is a concept that has been around for longer than I can remember, but unlocking its secrets has yet to be tackled. In Civil Aviation, there's huge potential to use the secrets of data to enable predictive analytics, greater inventory optimization, better monitoring of usage patterns and the essential tracking and analyzing of aircraft equipment health in real-time. So far, however, there has been little in the way of answers for its key uses, or more importantly, the means of identifying which data is useful, and which is not.

In 2015, the Civil Aviation industry will and must tackle big data head on. In particular, the industry must take on using big data for predictive analysis. By providing key data around asset failures, data collected from predictive analysis can then be integrated into logistics systems to help inform and improve future designs in order to optimize use and lower the total lifecycle cost of an aircraft.

Unprecedented numbers of commercial aircraft are being produced as the industry grows at 4.7 percent annually. This, coupled with an ever increasing demand for more affordable products and greater reliability, has seen an acceleration of a new trend in the aerospace supply chain in which companies at the top of the supply chain are shifting responsibilities for increased productivity and innovation to their smaller, second-tier suppliers to absorb the continuing price pressures from end-user customers. This means that in 2015, smaller vendors will be forced to radically overhaul their operating costs while driving innovation in order to protect relationships with their major OEM customers.

IT holds the key. A new generation of modular IS solutions are available, which will allow these second-tier players to easily and quickly increase or change their production processes, show more transparency in production controls and provide instant visibility of their margins. Modularity means they can pick and mix the applications to meet their particular points of need and, to avoid the expenses traditionally associated with full blown ERP systems, they can even opt for an Opex rather than a Capex model by deploying through the cloud. Whatever they decide, they need to build a springboard for the future, and innovation is a must. So the pressure is on. 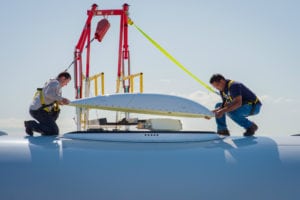 Embracing Satcom in an Age of Fast, Seamless Connectivity 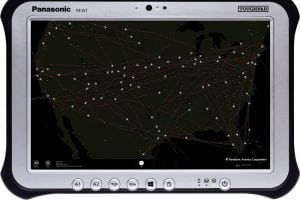 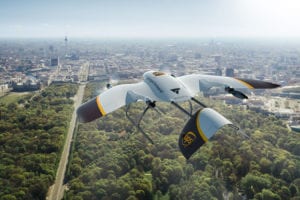