The Cost of Connectivity: How Low-Cost Airlines are Looking to Use Wi-Fi in the Future

[Avionics Today 09-19-2014] Low cost airlines frequently target the business traveller as they look for ways to compete with more established airlines. Last week, that theme was evident at the World Low Cost Airlines Congress in London where Kenny Jacobs, CMO of Ryanair, said 25 percent of the Irish airline’s customers are now business passengers.

“I think we are looking to improve the in-flight experience. Everyone is going to look at Wi-Fi. So, for example, those families that are travelling between Dublin and Malaga: Can we offer a specific experience to keep those kids entertained? That is the angle we are looking at,” Jacobs said of the airline’s strategy to draw in customers through In-Flight Connectivity (IFC).

Ryanair is a European aviation success story. By the end of 2024, the airline projects it will have over 530 aircraft, nearly doubling the size of the company. Jacobs also admits he sees foreign markets such as Russia and Cyprus as “big opportunities” for the future. Furthermore, he believes the airline industry as a whole can radically improve in terms of how it engages with customers and says it needs to learn from other industries in order to better engage with passengers.

“I am surprised how backward aviation is in some ways. It hasn’t done a good job of listening to customers. The aviation business needs to radically improve. They need to broaden their product. We look at EasyJet and outside of the aviation category; we look at who is doing smart things with data. We have now got some people who you never would have thought would work for Ryanair. Just look at Aldi,” the exec said, referencing a low-cost German supermarket chain that managed to work its way into an upmarket London district. “Aldi have done a good job of retaining what is good about their business. They have evolved their business, their brand. Shopping at Aldi is now a bit of a badge of honor. Airlines can learn from that.”

Conversely, as low cost airlines such as Ryanair try to find ways to appeal to the business traveler, established airlines are looking to muscle in on that territory. Aeroflot, the flag carrier airline for the Russian Federation, is one of these airlines and has launched a low-cost airline project in Russia. Giorgio Callegari, deputy general director for strategy and alliances for Aeroflot, said that even given the challenging political climate in Russia right now, the aviation market grew 16 percent in the first six months of 2014, and described the growth rates in the market as “amazing.” Aeroflot carried more than 31 million passengers in 2013 and will likely carry upwards of 35 million this year. Callegari says the airline is seeing “significant shifts” in how passengers perceive value and what they want from an airline.

In the same vein, Christoph Mueller the CEO of Irish airline Aer Lingus, said the key was offering business passengers and families completely different products, set to each demographics’ needs. Mueller also predicted a price war could break out in 2015 as prices for flights become even more competitive.

Bjørn Kjos, CEO of Norwegian also chimed in to the Wi-Fi debate, highlighting to the conference the importance of the operator’s “free” Wi-Fi strategy. “I hate to pay for Wi-Fi when I am in a hotel,” he said, comparing connectivity as an amenity in hotels to that on an aircraft. “It is about the product and what you give to passengers. Eighty percent is the leisure market today; we need to attract that type of traveler.” 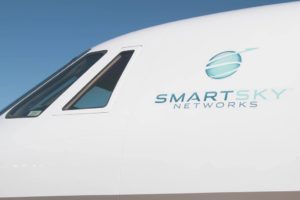