[Avionics Today June 19, 2014] Panasonic Avionics, an in-flight entertainment and communications systems provider, is looking to bring satellite-based In-Flight Connectivity (IFC) to aircraft flying on high traffic routes between the West Coast of North America and the Asia-Pacific region. The company announced a new agreement with communications satellite operator Eutelsat to offer connectivity to airlines and operators flying within that region of its global network.

Under the agreement, Panasonic signaled its belief that satellite-based connectivity can provide the highest bandwidth at the lowest possible cost for airlines, especially in the Asia-Pacific region. As passengers continue to demand higher in-flight connection speeds and airlines look to keep their flight crews connected with ground-based operational teams, the use of high throughput satellites will continue to be the focus of Panasonic and its IFC competitors.
"Demand for in-flight connectivity is increasing exponentially, especially in Asia," said Paul Margis, president and CEO of Panasonic Avionics.
The deal validates the views of analysts covering one of Panasonic's largest competitors, Gogo. After attending Gogo's first ever analyst meeting this week, Andrew Spinola, a senior analyst for Wells Fargo Securities, said that Gogo's long term commercial strategy is based on satellite technology because of the "superior bandwidth economics, coverage and ability of satellite to support video."

According to Panasonic, the Eutelsat 172B will enable "four times more bandwidth than its nearest competitor" at up to 200 megabytes per spot beam. This is opposed to the legacy Air to Ground (ATG) networks that most airlines use while flying over land, that deliver the relatively slow connection speeds that most passengers are using on commercial flights today. 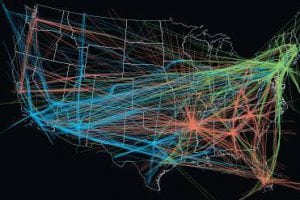 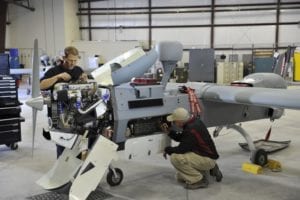