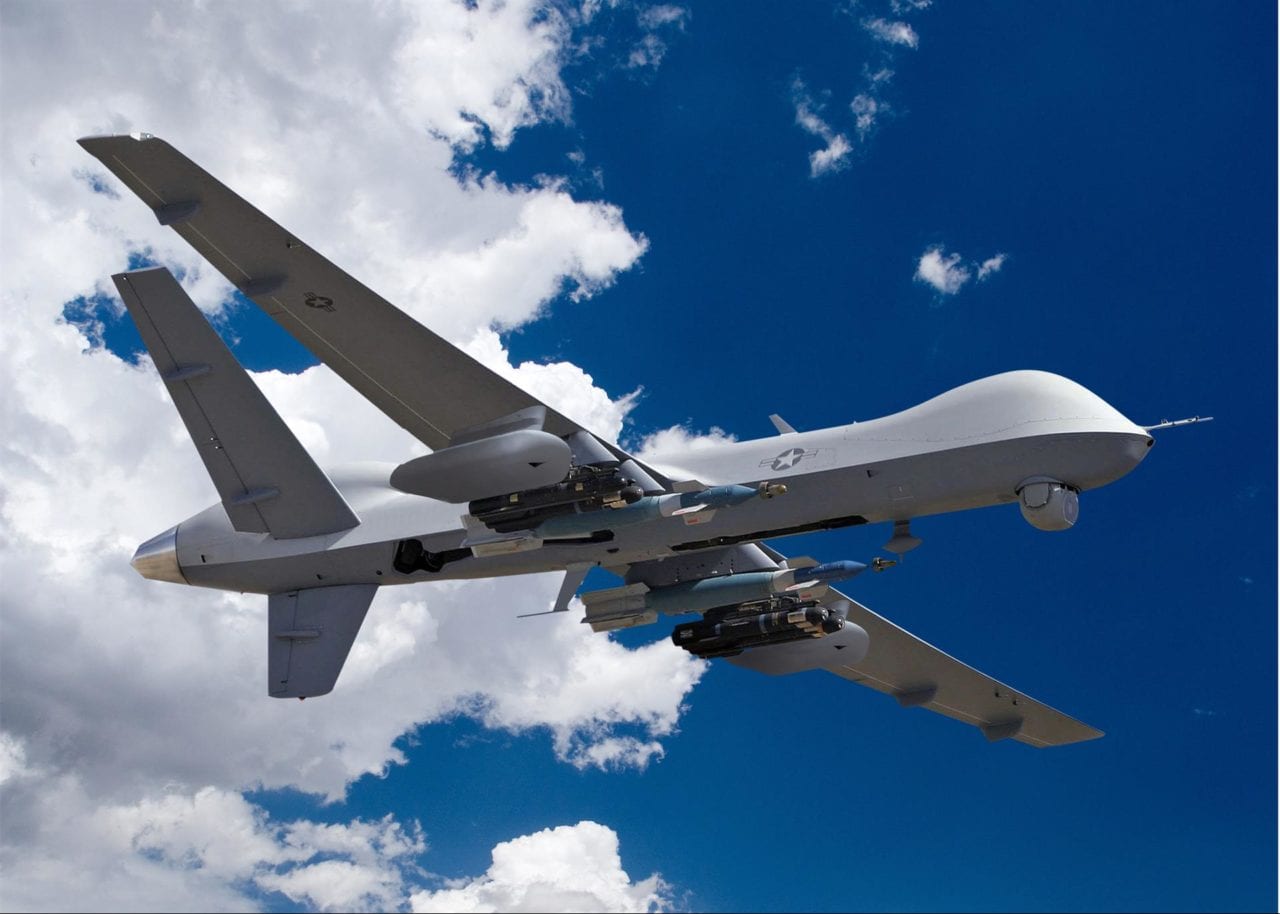 An MQ-9 Predator B with electronic warfare payload. (GA-ASI)

“We’re excited to work with Raytheon Deutschland on this sovereign sensor capability,” said GA-ASI CEO Linden Blue. “This system will provide high-performance ELINT capability to our European allies and potentially other global customers.”

For the testing, which Raytheon's German branch and GA-ASI jointly funded, the advanced radar detection system was integrated into a pod mounted on an MQ-9 Predator B's wing. Testing was conducted at GA-ASI's California facility and, according to the company, entailed verification of the product's processing speed and geolocation precision against ground targets.

GA-ASI also identified "several civilian radars" during the test and used the MQ-9's datalink to transmit real-time data on them to the drone's ground control station.

General Atomics benefits by expanding the payload offerings on the MQ-9 family of UAS, according to the company, while Raytheon benefits by showing off its new, German-made sensor which isn't subject to the U.S.'s International Traffic in Arms Regulations.