Only a few European manufacturers produce and develop high-tech fighter aircraft. The Eurofighter and the Rafale are the final contenders selected by the Indian air force in the 125+ aircraft purchase program to replace that service’s old MiG-21 fleet. Both companies are gloating about their respective fighter’s warfighting qualities while both aircraft demonstrate excellent combat readiness over the Libyan theatre.

If the nearly decade long anti-Taliban air operations in Afghanistan have kept deployed French air force Mirages, Rafales and Super-Etendards busy on a drop off mode, everything changed in early 2011 when the French Rafales succesfully carried out a series of precision attacks on Colonel Gaddafi’s forces in Libya. The Armée de l’Air’s Rafales conducted, as early as March 19, 6- to 7-hour, pre-strike reconnaissance missions along the Libyan coastline from their home base in Metropolitan France, assisted by Mirage F1CRs used to collect specific photographic target confirmations. Then a night later, Mirage 2000D fighter-bombers and Rafales struck targets deep inside Libya, assisted by United States and the United Kingdom.

With the delivery of the 100th Rafale scheduled for this summer, Dassault Aviation will reach a landmark in the aircraft’s production order, which so far stands at 190 for the French air force (71 Rafale Cs and 79 Rafale Bs) and navy (40 Rafale Ms). Production of the Rafale for the French forces is secured until 2019 and is expected to last until 2025. Its lifespan has been set at 50 years, and current plan by the French Ministry of Defense is to equip the navy with 58 Rafale Ms and air force with 228 Rafale B/Cs. By the end of this decade, the Rafale will replace all of the fighter types in service in France (lest a few remaining hundred Mirage 2000D fighter-bombers and Mirage 2000-5F interceptors), and all military aircraft production in France is now geared to the Rafale and its systems.

This summer, the French navy will muster two “flottilles” of Rafales (12F and 11F) operating from the aircraft carrier Charles-de-Gaulle; and the Air Force a total of four squadrons EC 1/7, EC 1/91 and ETR 2/92 at Saint Dizier air base in France, and EC 3/30 at Al Dhafra air base in the UAE. ECE 5/330 at Mont-de-Marsan is a further test squadron used for the permanent evaluation and updating of the Rafale’s systems and weapons. In 2012, a fifth Rafale squadron will be commissioned at Mont-de-Marsan, EC 2/30. Current plans call for the air force to fly three flottilles of Rafale Ms after 2015 and air force some 10 squadrons by 2020.

This year, 94 aircraft will be retrofitted to the F3 standard. Next standard of Rafale, now in early production, will be called F3+ (or F3-04T) and will include the Thales RBE2/AA AESA radar, a 360° threat detector (MBDA’s missile approach warning system) and a frontal sector optics set (Sagem’s FSO-IT), all designed to improve data fusion and situational awareness.

“Our aim is to keep the Rafale at top level of performance and interoperability. As it is set today, the aircraft’s architecture and platform show that the Rafale will not need any further hardware changes before its mid-life update which should take place around 2025. However a detailled roadmap for the aircraft still has to be built,” said IGA Stéphane Reb, the Rafale program manager at the Direction Générale de l’Armement (DGA), the French Procurement Agency. Further equipments are being developed to increase the Rafale’s lethality.

Topics under scrutiny include the integration of the MBDA Meteor supersonic BVR air-to-air missile in 2018 and the laser-guided version of the Sagem Armement Air-Sol Modulaire (AASM), plus the development of low collateral damage kinetic bombs; the development by Thales of a more powerful laser designation pod; and the adoption of additional modes for the Thales RBE2/AA AESA radar, tactical data link 16 upgrades and electronic warfare suite improvements on the Spectra system.

The 2011 air war operations over Libya have brought the focus on some of the Rafale’s equipment, notably the Thales Areos advanced digital reconnaisance pod (known as Reco-NG in France); the Thales Damocles laser designation pod; and the Sagem AASM 250-kg INS-guided rocket bomb.

âž¤ Thales Areos: “See, Decide, Act” is just the basic operational process that armed forces need to control during war operations, just as in Libya, where the risk of civilian collateral damage is present. A timely day/night image intelligence (IMINT) is required to feed correct information into the observe, orient, decide and act (OODA) decision cycle, and it needs a full IMINT system rather than a puzzle of isolated equipment specified on stand alone performance criteria.

The Thales Reco-NG (or Areos for export, Airborne REconnaissance Observation System) is a 2,000-pound digital recce pod designed to be adaptable to any modern tactical fighter. According to Thales, it meets the full spectrum of operational requirements in a broad range of scenarios and weather conditions because it integrates digital technology, both in the sensor/detector solutions and the real time/non-real time transmission capability. It is also interoperable with other allied nations using STANAG 7023 and 4545 for imagery, and STANAG 7085 for tactical datas.

Operational on the Rafale since last December, and after a long debugging trial period, the French recce nacelle now used over the Libyan theatre boasts sophisticated operational automatic imagery collection modes. It is particularly suited to single-seat aircraft, a fact which was validated when the system was first deployed over Afghanistan by the French navy last December.

To date 10 pods have been delivered by Thales to the French amed forces. A total of 20 pods are on order to equip the air force (12) and the navy (8) with delivery to be completed by the end of next year. Two were ordered by DGA in 2009, six in 2010, six in 2011, and six will be ordered next year. According to DGA, Areos provides day identification capabilities that are two-and-a-half times better than those of the Mirage F1CR’s Presto “wet-film” system and 8 times better than those of the legacy SDS250 photo pod of the Super-Étendard. Some 20 French pilots have been qualified on the Reco-NG system so far.

Reco-NG/Areos has been designed to cope with the most stringent requirements by coalition and NATO forces today, from low level, high speed to medium and high level/long “stand off” imagery collection in a single pod.

Among its key features are digital elements which increase day/night IMINT collection capabilities at long stand-off and short ranges; shorten the intelligence cycle and the operational tempo from hours to a few minutes with a very accurate target location capability; increase intelligence timeliness in the theater; increase flexibility in the operational use of IMINT collection systems to adapt to changes in weather conditions or tactical threats changes during the mission; and ensure operational/technical interoperability through technical standards agreed within the international community.

The DB-STARS collects imagery on large areas with the wide field-of-view sensors, day and night, and can also acquire very high resolution imagery with the narrow fields of view. It includes a video mode to “turn around” selected targets and improve their 3-D rendition on screen.

The images processing tools on board the Reco-NG nacelle include a user interface that is optimized for a single-seat platform, the pilot receiving proof of the pictures snapped by the aircraft directly in his cockpit head-down display. Using a specific encrypted radio data link capacity, information can then be selected, transmitted and exploited in real time. Finally the IRLS is used to collect in the same time high resolution imagery on those selected locations mainly based on the detection of activity or environment aspects in the infrared spectrum.

The present Reco-NG/Areos data link architecture has been designed to offer a real-time and non-real-time image transmission capability at Line of Sight ranges with a 360° coverage, thanks to the two antennas on the pod extremeties. The specific hybrid duplex architecture integrates two datalinks, one for the link quality management, one for the imagery downlinking.

For the post-mission phase, the French armed forces use SAIM-NG/MINDS, a Multisensor Multispectral Image Exploitation System, which is the main tool for the French intelligence officer. Designated SAIM-NG, Mobile Multisensor Image Exploitation Ground System “Nouvelle Génération,” it uses near real-time acquisition units, very large data base management, data processing, including fusion and decision aiding tools, and communication networks. The SAIM/SAIM-NG system is operational in the French air force, navy and army. Initially defined for the specific use of manned reconnaissance sensors, SAIM is now more and more used for the exploitation of UAV and battle field MTI and SAR surveillance systems.

âž¤ Thales Damocles: Delivered just in time for the air operations in Libya, the Damocles targeting pod, designed by Thales, is an updated variant of the Damocles nacelle used on the Mirage 2000-9, the Super-Étendard Modernisé, the Sukhoi 30MKM, the Tornado IDS and the Mirage F1M. It is a multi-function, 525-pound targeting pod compatible with existing and future weapons systems. It is comparable to the Lockheed Martin Sniper AN/AAQ-33 or the Northrop Grumman Litening AN/AAQ-28(V). Equipped with an eye-safe laser range-finder, it is fully operational in all weather conditions, on all sorts of theatres and benefits from a modular design for future upgrade, according to Thales. If the first 10 nacelles were purchased in 2010 under a “crash program,” some 20 more are on order to equip the Armée de l’Air and the Aéronavale’s Rafales.

Its main functions are for air-to-ground strike and reconnaissance, but it can also be used for air-to-air optical surveillance and day/night visual airborne target identification. Damocles is compatible with laser guided weapons, INS/GPS guided missiles and imagery-guided weapons and allows attacks in autonomous or cooperative mode, using an integrated laser spot tracker. Its high laser energy and high resolution laser imagery provides long security range and high level of survability. It can be used for battle damage assessment at long range and includes target recognition capability, 3-D localisation and integrated navigation FLIR.

Thirty Rafale F3s have been retroftted with the Thales NextW@ve TRA 6034 VHF/UHF secure radios. The SDR-architected radio covers 30 to 600 MHz for full joint/combined operations. It supports voice, data (EPM 250 kbits/s) and imagery. These radios are used in conjuction with the L3 Rover video system required by CAS operations in Afghanistan. Compatible with current NATO and national standards, the radio is claimed to meet the dual challenges of enhanced interoperability across the VHF/UHF spectrum and the new requirements of Network Centric Warfare.

âž¤ Sagem AASM: In the face of wretched Libyan Air Force aerial operations, most of the aircraft destroyed by French military aircraft so far have been pinned on the ground with bombs, specifically the AASM, a stand-off precision guided munition (PGM) system using both GPS and inertial guidance. Developers said it fills the capability gap between laser-guided bombs — with limited range and requiring continuous laser illumination towards the target — and more expensive cruise missiles that provide longer range.

A new French smart weapon used for the very first time in Afghanistan in 2007, the AASM is also designated Smart Bomb Unit SBU-38 Hammer by NATO.

“For us, the SBU-38 Hammer is primarily an exceptional all-weather precision guided munition. Secondly, it is a fantastic tool to strike several targets in a single pass,” said a French commandant commanding the third “escadrille” (Br 66) of the Saint-Dizier-based EC 1/91 “Gascogne.”

“The major advantage we now have with this French-designed PGM is that it is both a powered and a manœuvrable bomb. We can launch it in a clearly stand-off mode and completely off-boresight. On top of that, we can attack static targets with extreme final precision, thanks to the precise coordinates of their last position we now get on our ATO (air-task order) or in-flight through Link 16 via the pre-strike recce information we obtain from our Rafale colleagues that use the Reco-NG pod. This in pure traditional sensor-to-shooter mode, under day or night conditions. And this represents really a big advantage when we need to strike time sensitive ground targets.” 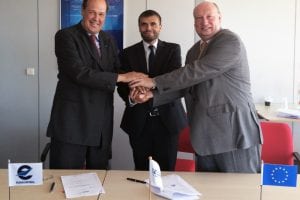 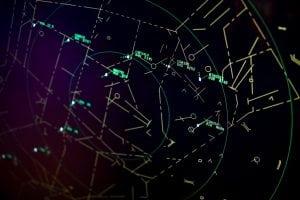