SpaceX performed its first mission for OneWeb on Thursday, sending 40 satellites to Low-Earth Orbit (LEO) on a Falcon 9 rocket. The mission was notable in two ways—it was SpaceX’s first launch for Starlink broadband competitor OneWeb, and OneWeb’s second mission since resuming its launch campaign after Russia’s war in Ukraine stymied its Soyuz missions from Kazakhstan.

The Falcon 9 rocket took off from NASA’s Kennedy Space Center in Cape Canaveral, Florida, at 5:27 p.m. ET on Dec. 8. Stage separation occurred 2 minutes and 20 seconds into the mission, and the satellites were deployed in a series of three deployments that took place 58 minutes, about 1 hour and 14 minutes, and 1 hour and 29 minutes into the mission. OneWeb confirmed signal acquisition on all satellites post-launch.

This launch brings OneWeb’s constellation to 502 satellites, almost 80% of its first-generation constellation, putting the company on track to deliver global coverage in 2023.

OneWeb said this launch allows the company to expand service and initiate additional connectivity solutions soon for partners across the U.S., Europe and much of the Middle East and Asia—all points north of the 35th parallel. It will also enable coverage between the South Pole and the 35th parallel south, for Southern Australia, South Africa and parts of South America.

Neil Masterson, OneWeb CEO, commented: “This launch is an immensely gratifying way to close out 2022, bringing OneWeb another step closer to activating our space-based connectivity globally and reflecting the shared ambition and collective goodwill that is driving the satellite communications industry. We are thankful for the support of other leaders in the space industry allowing us to quickly restart our launch campaign and we are delighted to work with SpaceX today for our first-ever launch from Florida, the home where our satellites are manufactured.”

This was OneWeb’s 15th mission overall. The company’s launch campaign was caught up in geopolitical tensions with Russia’s war in Ukraine, as OneWeb was launching with Arianespace on Soyuz rockets from Kazakhstan. In March, Russian space agency Roscosmos placed intense demands on OneWeb, launcher Arianespace, and the United Kingdom government, stopping the launches.

In the aftermath, OneWeb, which had previously only launched with Arianespace, signed a flurry of launch agreements with the Indian Space Research Organisation (ISRO), SpaceX, and Relativity to secure launch capacity for its growing constellation. OneWeb returned to flight with an ISRO mission in late October.

SpaceX and OneWeb are competitors, as SpaceX operates the Starlink LEO broadband constellation and has launched more than 3,500 satellites for the constellation. While OneWeb does not sell direct-to-consumer like Starlink does, both constellations are targeting government, enterprise and mobility markets like aviation.

Yet SpaceX seems open to launch business from competitors. In 2021, SpaceX COO Gwynne Shotwell talked about the dynamic of launching competitors in an interview with Via Satellite, arguing that she sees launch and Starlink as two very separate businesses. “To not leverage what I think is the best launch capability on the planet right now, at our low prices—seems to me like companies are shooting themselves in the foot,” she said, addressing potential competitors that choose not to launch with SpaceX.

Even an Amazon executive raised the possibility of Project Kuiper launches with SpaceX. In October, Dave Limp, senior vice president of Devices and Services at Amazon, said the Falcon 9 rocket is on the “low end of capacity” needed for Kuiper launches, but Falcon Heavy and Starship are “very viable candidates.”

This article was first published by Via Satellite, a sister publication to Avionics International. Click here to view the original version. 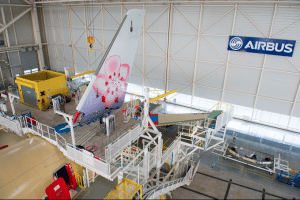 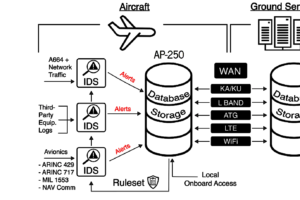