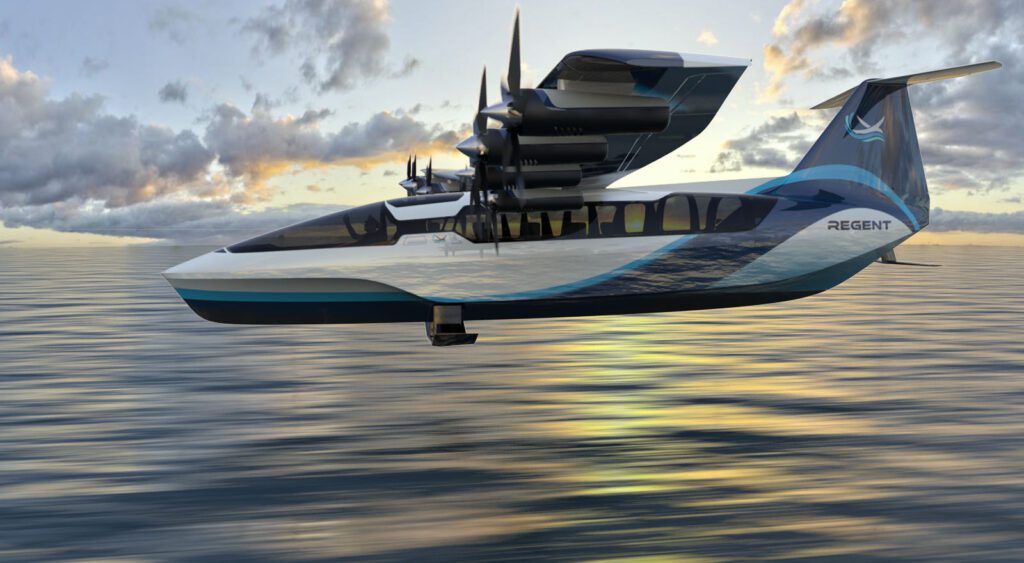 Regent and Siemens have entered into a new technical collaboration in which Regent will adopt the Siemens Xcelerator program for its all-electric seaglider aircraft. (Photo: REGENT)

Siemens Digital Industries Software recently announced that it will provide its Xcelerator portfolio of software and services to Regent for its all-electric seaglider. The launch customers for Regent’s aircraft range from aviation and ferry to logistics transportation operators. The Viceroy, Regent’s flagship seaglider, will have a 12-passenger capacity and is expected to have a range of up to 180 miles.

The electric seaglider aircraft could enter commercial service by 2025, based on the company's latest guidance. Regent revealed a 1/4 scale prototype for the first time in April at the CoMotion mobility conference.

Siemens Xcelerator enables startups to “run fast,” a representative from Regent told Avionics International in an emailed statement. “This is incredibly important as we rapidly make progress on our subscale and full scale vehicle designs and analysis,” the spokesperson explained. The cloud offering from Siemens was selected by Regent in part because it offers solutions such as TeamCenterX, which eliminates the need for someone to manage an onsite server. 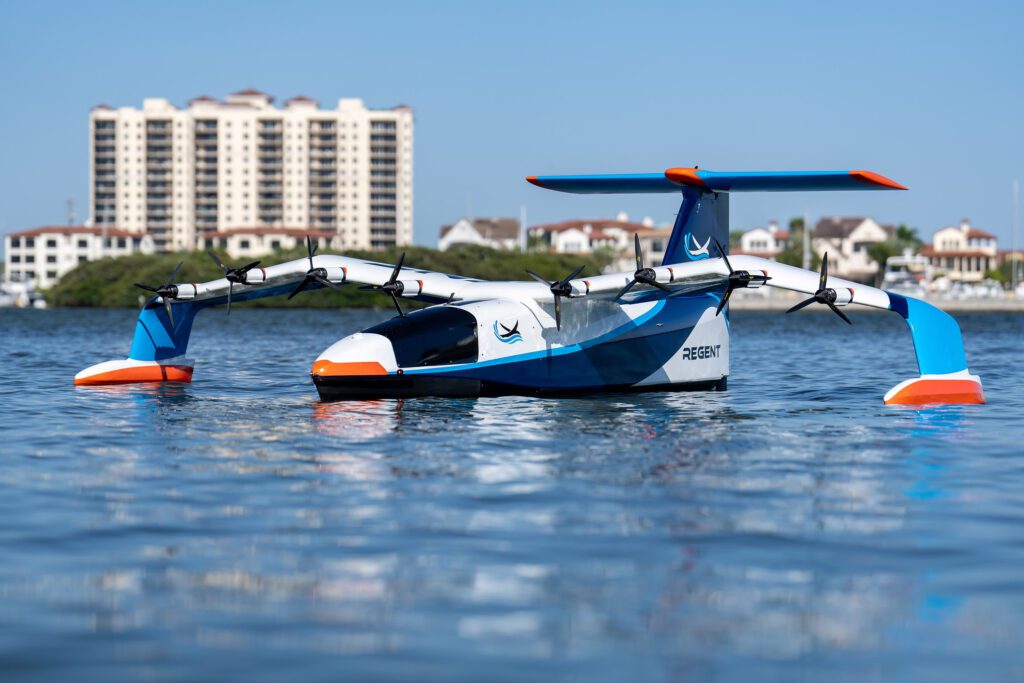 Regent’s seaglider technology demonstrator will include avionics components provided by Allocortech, an aerospace engineering company based in Waynesboro, Virginia. The two companies entered into a partnership in March. Allocortech’s sensors, flight computers, motor controllers, electrical power systems, and flight test safety equipment contributed to the rapid development of hardware and software in the seaglider's avionics system.

Regent’s Chief Technology Officer and co-founder, Mike Klinker, responded to the announcement about the partnership with Siemens, saying, “As our seagliders approach certification and full-scale commercial production, we need a robust, modern digital tools platform that supports the pace of our innovation cycles with the rigor to encompass a product as complex as ours.”

Bryan Baker, Chief Engineer, Vehicle Physics at Regent, also emphasized the importance of efficiency at their company. “We went from a blank sheet of paper to an 18' wingspan, 400 lbs technology demonstrator on the water in 10 months,” he shared in a statement provided to Avionics. Baker describes the team at Regent as “multidisciplinary” with a range of experience.

According to a representative from Regent, “The Xcelerator program allows us to easily pull licenses as we grow in size and assess other tools that initially we may not have thought we needed.”

The program provides numerous licenses and software with flexible pricing that is well-suited to Regent’s operational strategy. Adopting the Siemens Xcelerator portfolio means that the team at Regent can avoid going through a lengthy quoting process and setting up new licenses. 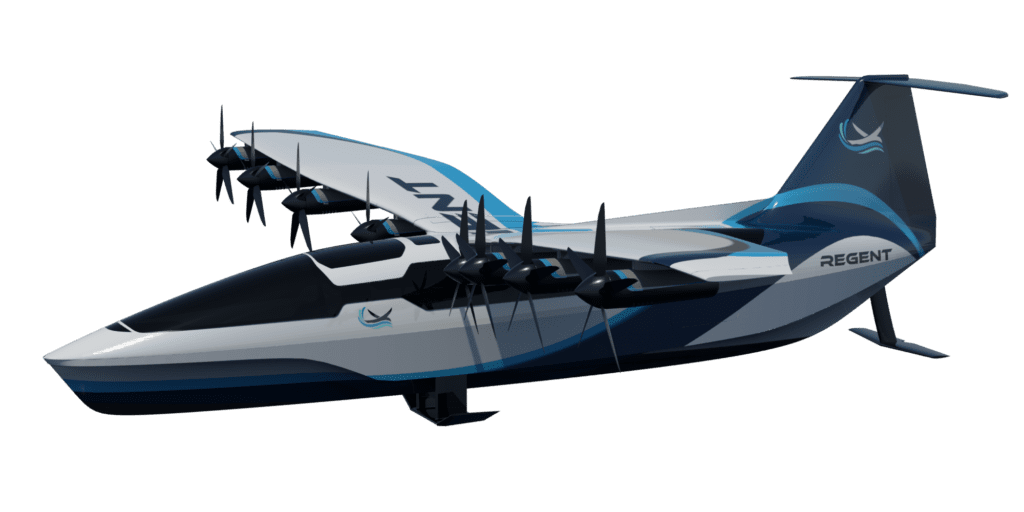 "The REGENT seaglider operates exclusively over the water as an all-electric wing-in-ground-effect vehicle. It travels the sea in one of three modes—floating on its hull near the dock, foiling on its hydrofoils as it comes in and out of port, or flying above the waves while cruising to its destination." (Photo: REGENT)

One of the most useful contributions from Siemens is “the ability to scale compute resources like HPC and matching that with different on-demand licenses,” Baker remarked. “We have bursts of software demands to follow the cadence of our design.  We need specific software tools at varying frequency which this offering helps us with while reducing cost.”

He added that Regent relies heavily on STAR-CCM+ for aerodynamics. Siemens has previously provided STAR-CCM+ to other companies developing new aircraft, including Paragon VTOL Aerospace, a vertical take-off and landing (VTOL) company. Paragon also adopted NX and Simcenter software as part of an integrated set of solutions from Siemens for their VTOL aircraft.

Baker noted that the team at Regent also relies on NX for global CAD modeling purposes. “As we continue to grow, I hope to leverage these tools both internally and with our ever-growing contractor and builder relationships to ease the communication and reliability of our designs,” he wrote. ”The goal is getting from prototype to production while growing a world class team able to transfer our knowledge without losing calendar and keeping costs down.  We hope to do just this leveraging Siemens and a flexible cloud solution.” 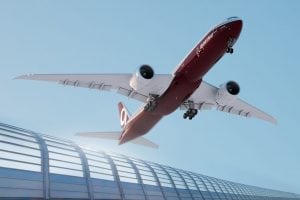 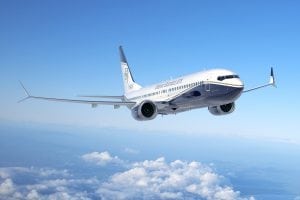