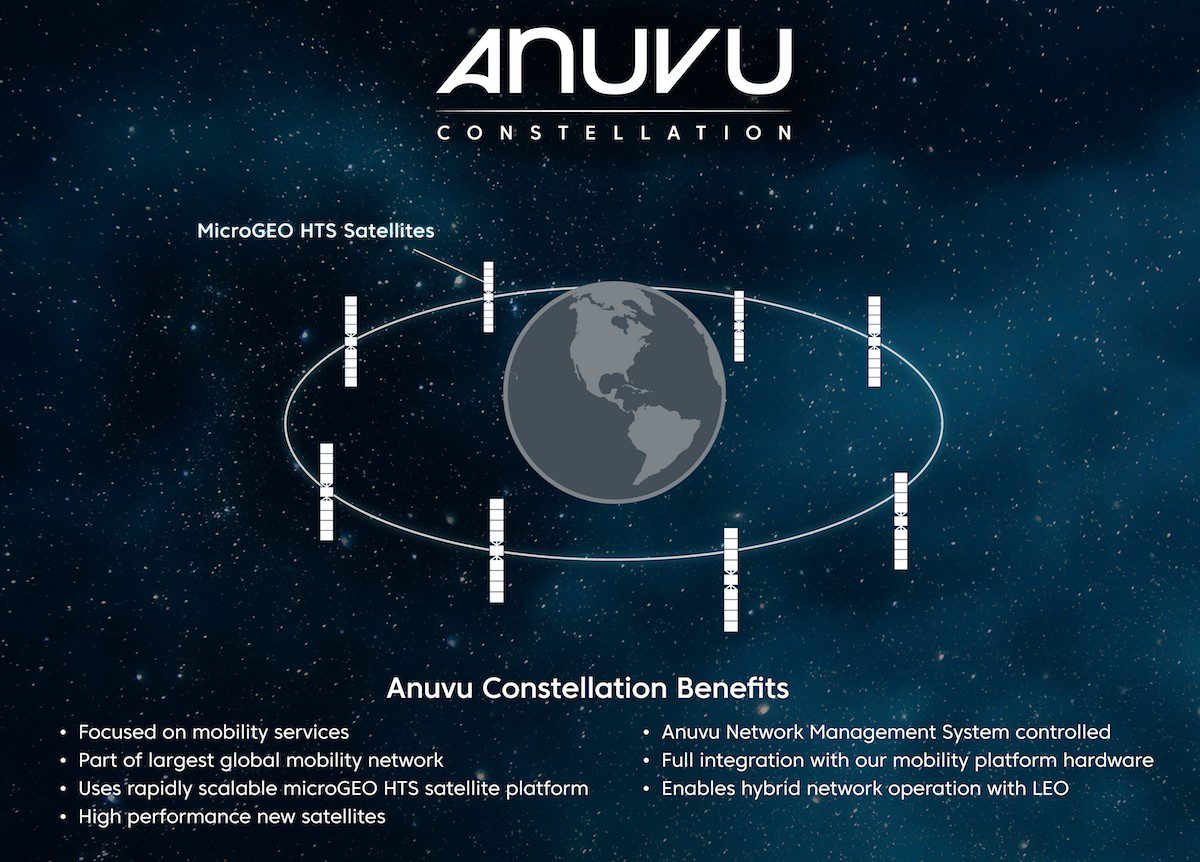 Two months after Global Eagle rebranded as Anuvu, the mobile connectivity and passenger experience provider is working on the launch of the Anuvu Constellation under a new partnership with microGEO high throughput satellite manufacturer Astranis.

Under the new partnership, Anuvu plans to launch a total of eight microGEO satellites, with the first two on track for early 2023. Astranis describes its satellites as microGEO because unlike traditional heavy geosynchronous equatorial orbit (GEO) satellites, they’re one meter cubed, weigh less than 400kg, and can be built in months rather than the traditional years-long development cycle required for new satellites.

“We think this is a complete revolution and a game-changer in the IFC space. Our new partner Astranis has developed a satellite platform that is capable of rapidly being customized to an application, rapidly being built and rapidly being launched into service,” Pigott said. “So instead of the traditional five-year cycle of deterring whether we should build a satellite and what should go on that satellite, we can do all of that in 24 months and get a satellite that’s focused on our mobility applications.”

According to a July 27 press release, the first two satellites being developed for the Anuvu constellation will primarily serve their aviation and maritime operators in North America and the Caribbean. Anuvu is using the new partnership to add the microGEO satellites onto its existing constellation of the five fully-leased GEO satellites that it operates today.

Pigott sees the Astranis partnership as the most sensible next step for Anuvu, a company that under its former Global Eagle Entertainment brand has never actually developed or operated its own satellite network, choosing instead to purchase payloads on satellites and manage them in orbit. The network management system that they have developed will allow them to easily integrate the new smaller Astranis satellites into their existing operation.

The timing of the first two microGEO satellites coming online in 2023 is ideal for Global Eagle as well, as the company will also look to take advantage of Telesat’s Lightspeed Low-Earth Orbit (LEO) constellation. Telesat expects its LEO constellation—initially featuring up to 298 Ka-band satellites—to be ready to begin commercial services by the second half of 2023.

“The Anuvu constellation is our addition of micro GEO on top of our GEO assets. We still plan on using legacy heavy GEO satellites, microGEO supplements, and then we’ve done a lot of testing with Telesat’s Lightspeed LEO constellations. We’re one of the pioneers with that, we did the first LEO to GEO handover tests with one of our antennas on our testbed aircraft. The reason we’re able to do that fundamentally is that when we entered the GEO market, we entered it with third-party satellites and built a network management system that is easily able to add capacity from a diverse set of satellites as new generations become available,” Pigott said.

As Anuvu moves toward the launch of the new constellation, Pigott said the company will continue to compete within the airline IFEC business while serving its existing base of Global Eagle airlines. Airlines using older and newer generations of Anuvu’s existing satellite IFC include Southwest Airlines, Icelandair, Turkish Airlines, Air France, and flydubai among others. According to Pigott, all of Anuvu’s existing in-service equipment supports in-flight streaming and bandwidth-intensive IFC applications, although the company leaves the decision up to the airline on whether or not to enable that feature for passengers.

Pigott, who worked for Anuvu under the former Global Eagle Entertainment brand throughout its filing for Chapter 11 bankruptcy and emergence from that filing earlier this year, said the partnership with Astranis will also help them meet a shift in airlines wanting increased flexibility in the IFC business models they use.

"I'd say we are seeing in a post COVID world, the exact things that we think we excel at, and that's additional flexibility. We’re seeing airlines want additional flexibility, not just for truly dramatic situations like COVID, but just general business market changes,” Pigott said. “I think the airlines around the world are recognizing that customer demand is only going up and they need some way to meet that customer demand on a business model that doesn’t break their budget. We have a variety of business models we use with airlines, such as flat pricing, session pricing, consumption pricing and we usually can find an ideal path based on the economic situation of the airline and the type of customer experience they want to enable.”

System Design: What to Listen for in Digital Audio 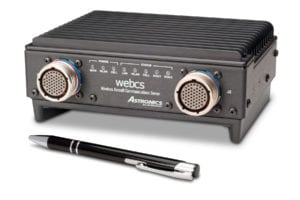 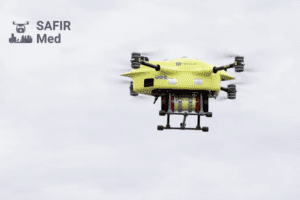