Intelsat recently made the news with its acquisition of Gogo‘s Commercial Aviation division. The deal vertically integrates the In-Flight Connectivity (IFC) business with service provider and satellite operator, which will create capacity efficiencies, industry analysts said. 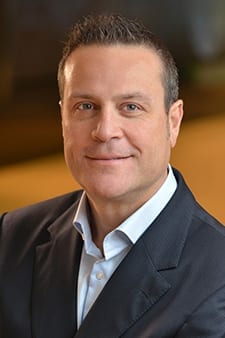 I spoke to Intelsat CCO Samer Halawi about the deal, how Intelsat was able to make the acquisition while in Chapter 11 proceedings, and Intelsat’s plan to transform the IFC experience.

“It’s a complicated ecosystem that has been troubled for a while,” Halawi commented. “It has not yielded the benefits to the end users that it should have, and it didn’t really grow the way it could have grown. Our aim is to change all of it, and have a service that really works well.”

Intelsat has agreed to purchase the business for $400 million in cash. The transaction is subject to regulatory approval and is expected to close before the end of first quarter (Q1) 2021.

Why did this acquisition make sense for Intelsat, and what attracted you to Gogo?

Halawi: The IFC ecosystem, the way it was running for a number of years didn’t make that much sense and it wasn’t very successful. Service providers are struggling financially, and the airlines are not getting what they want in terms of quality of service and in terms of economics.

The service provision is quite inefficient. [Service providers] have to buy a lot of bandwidth based on the peak usage in multiple places in the world. … So they’re sitting on a lot of inventory that doesn’t make sense. Prices remain high, you don’t get the volumes and the takeup rates that you want. And as a result of this, we’re not making money either and it doesn’t make sense for us to reinvest in capacity for the airline.

For us, it was more of a need to redefine this ecosystem, and the best way to redefine it is to have a level of vertical integration that did not exist before. That [capacity] inventory, we have it anyway, so we might as well make it available to the market without having an entity in between that has to sit on it. Second, we can provide a better user experience that is seamless between different satellites around the world. And we can provide capacity that is dedicated to aviation. It makes more sense for us to invest more into the future of the sector. We can provide a much better experience to the airlines, to the consumers, and the economics will be improved as well.

How will this investment help Intelsat during bankruptcy, and then post-bankruptcy?

Halawi:  This is an investment that we’re making for the future, not for today and it has really nothing to do with the Chapter 11 restructuring. I think what’s remarkable about this deal is we were able to do it during Chapter 11 restructuring — very few deals are done like that. But that that speaks to the underlying strength of our business. It also demonstrates that this restructuring is an offensive move, not a defensive move. We’re not doing it because we have to, we’re doing it because we want to improve where we’re going as a company and we have a strong vision in the future to return to growth.

One of the main elements of it is going to be commercial aviation. We believe in that sector that we’ve decided to take control of it, and redefine it. That’s why we went for the largest service provider in commercial aviation. Our future plans as a company are to invest in infrastructure that is software-defined, that is capable of providing really good services to a commercial aviation sector. We’ll be able to put the capacity in a dynamic way where it’s needed, when it’s needed.

Are you able to give any insight into how you were able to get the deal approved in Chapter 11?

We’re buying Gogo for $400 million. They buy north of $100 million worth of capacity, and there’s a chunk of that that will move on our network. So that fact alone means that there’s an upside to us from having capacity that is on our network. It was supported by the creditors and as a result, it was an easy approval by the bankruptcy court.

You mentioned a better user experience. Can you talk more about how this deal will bring airlines and customers better service?

Halawi: The service in the airplane depends on multiple factors. Obviously, there’s the hardware that you put in the plane — the antenna — and Gogo has a really good antenna. It’s probably the best antenna in the market right now. But the satellite network is highly important, and the teleports and the ground infrastructure that serve this are highly important. We have a satellite network that is excellent, and we are investing in a next-generation of software-defined Epic satellite capability that will be really good for commercial aviation. Once you have all this fabric under one management, that will improve the experience quite a bit for the airlines. We will be able to provide them with capacity that is geared towards them.

The other thing is with multiple levels of satellites, if you have a failure at some point, you have redundancy. When you have the software-defined capability, then you can allocate the capacity where it’s needed so then you’re focusing the power where you really need it. You can follow individual airplanes, even. So from a quality point of view — it’s a complete transformational experience for airlines.

We’re looking at a future where consumers on the planes are going to have a living room experience. Today, we’re not there yet. We’re not at a point where you can do your Zoom and your Netflix from an airplane without complaining about the quality. We’re aiming to change that.

Will all of Gogo’s capacity now come from Intelsat, or will the Commercial Air division still purchase capacity from other operators in certain areas where it’s needed?

Halawi: Gogo uses capacity from other operators, and will continue to do that. We will never have enough satellite capacity just us to cover the needs of all the airlines that we can target. By having a network that is open architecture as opposed to closed architecture, we can absorb satellite capacity from other satellite operators, as opposed to a couple of our competitors who are vertically integrated, they have a closed system, it’s only their capacity.

By having the ability to have capacity from other operators, our value proposition to the airlines is going to be much stronger because we provide more redundancy, more resiliency. That’s only possible because we have an architecture for the network that is open, and allows other operators to provide their services.

You touched one of the questions I was going to ask — Where does this put you in competition with other vertically integrated IFC businesses? How else will you compete with other operators?

Halawi: We believe in the vertically integrated model. Two other competitors do that model. Both of them have closed architecture, so they rely only on their own capacity. One of them is proven  over the North American market, but does not have the same capabilities worldwide. We will be able to provide a seamless experience for an airline that travels worldwide.

We have antennas that are already on planes. When was the transaction closes with Gogo [we will have] the largest installed base of airplanes today, with a very healthy backlog. I think we’re starting at a very high point.

Gogo has been in a tough spot obviously because of the pandemic. Do you have any concerns about COVID-19 recovery for air travel, that it might take a couple of years to come back?

Halawi: Maybe it takes maybe two to three years before there’s a recovery, we do expect a recovery on this market, just like any other crisis. At the same time, we expect that once that recovery happens, there’s going to be a growth of more than 10 percent. And that double-digit growth, we can stimulate further by having the right services and prices, and the right business model.

There will be a lot more airlines that, because of the line-fit capabilities, will choose to have IFC capability when they order things. And second, [we are expecting] that a lot more people will use the internet on board than it is the case today. One, because it’s better quality; second, because it’s cheaper; and third, because they need it. Look at all of us right now, using Zoom and Microsoft Teams. This is a phenomena that we’re continuing over the long run. You’re expected, even if you’re on a plane, to be connected to the office.

Intelsat already has FlexExec for business aviation. Will that be a competitor with Gogo’s Business Aviation, or will FlexExec and Commercial Aviation work together?

Halawi: It will compete a little bit with Gogo in North America, that’s where they’re predominantly focused. But FlexExec is a service that we are offering on a global basis. And Gogo has focused on a certain size of business jets, while FlexExec focuses on a slightly different sizes of business jets. So although there will be some competition, they’re largely in two different sub-sectors of this market.

With this deal, you’ll have exclusive access to Gogo's Air-to-Ground [ATG] service for Commercial Aviation. Could you see a deal with Gogo to equip some of their Business Aviation customers with satellite IFC?

What about Gogo’s 5G network that they’re developing? Is there room for collaboration? Is that something that you’re interested incorporating?

Halawi: Yeah. Our deal with them on Air-to-Ground has the whole evolution, including 5G. So we will be operating with them on the 5G as well.

Editorial Note: This article features an interview first published by Via Satellite, a sister publication to Avionics, it has been edited. View the original version here. 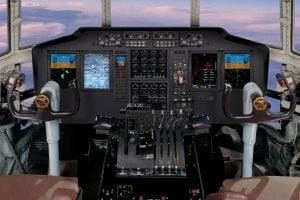 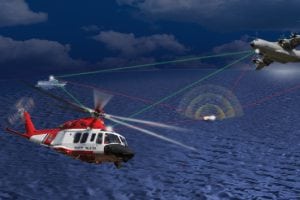