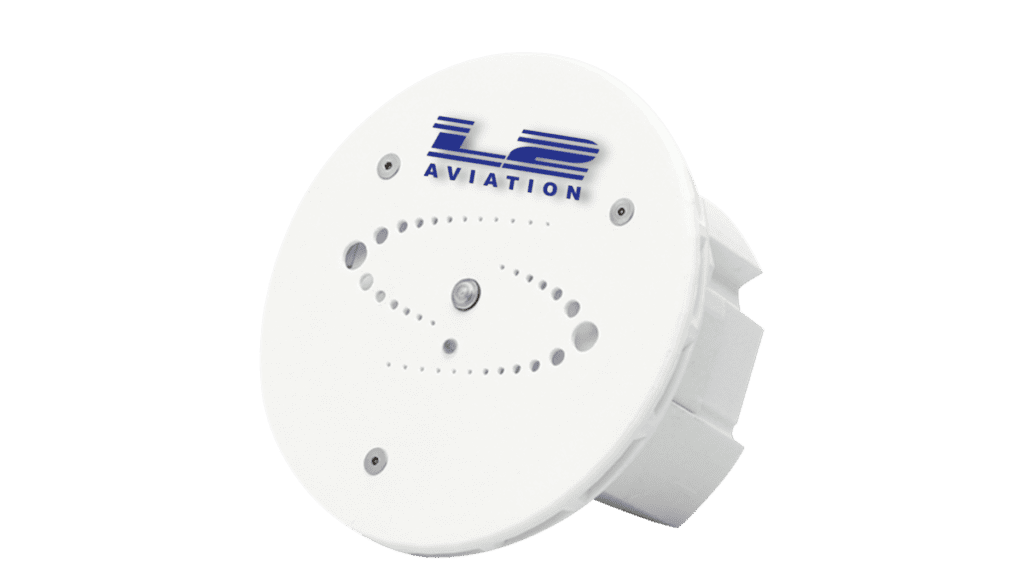 The two companies have partnered in an effort to ruggedize and integrate HALO into aircraft cabins to help airlines not only monitor cabin air quality, but also gather empirical data about it.  introduced HALO during a June 9 webinar.

“There’s nothing in an airplane today installed or portable that can capture what is truly in cabin air and all areas of fuselage, flight deck to the labs to the galleys and cargo areas,” Lebovitz said. “What if we could show what was floating around to include the really bad elements?”

IPVideo Corp., the Bay Shore, New York-based provider of HALO, describes the IoT sensor as an environmental monitoring tool designed to measure changes in air quality by the micron. The company’s website shows how public schools have started adopting HALO in recent years as a method for identifying vape with web-based dashboard monitoring of the HALOs located in areas throughout buildings.

Both companies believe that by installing multiple HALO sensors throughout an aircraft, airlines can start to improve the way that they digitally monitor changes in cabin air quality. IPVideo Corp. President David Antar said the company hopes some of the use cases of HALO by organizations on the ground can be transferred to airplanes.

“An interesting thing with HALO and how it’s being used right now with COVID-19 is a lot of commercial buildings are implementing this to be able to determine when a building has been sanitized. Given what we’ve been hearing a lot about the airline industry doing the same thing and being able to fog and disinfect the airplanes, this would be a way to get a confirmation that it was properly sanitized. It will give you the chemical concentrations and amount of time they existed on that airplane,” Antar said.

The IoT aspect of technology was also described by Antar’s colleague – Frank Jacovino, vice president of product development for IPVideo Corp., based on how each sensor is connected to the HALO cloud. How the company sees this working on an airplane is to have each sensor feed data points to the cloud for each flight, enabling airline maintenance technicians to view the visual signatures associated with different occurrences such as as smoke or fume events with a focus on those that could lead to diversions. 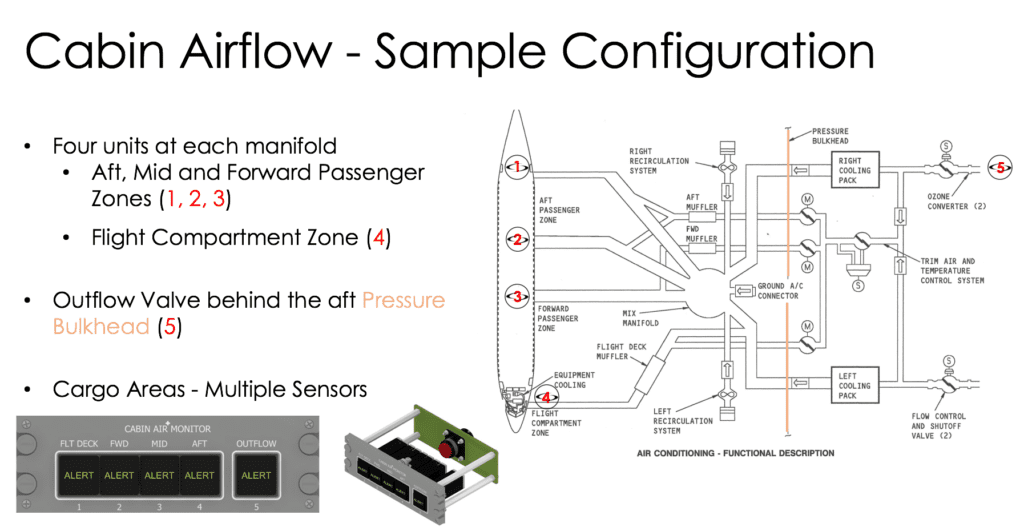 L2 showed what a sample configuration for four HALO sensors installed within an aircraft could look like. Photo: L2 Aviation

Jacovino said trending data from the HALO cloud could be used to identify and prevent such occurrences.

“We can start combining maintenance information, fume events and using artificial intelligence and deep learning techniques to see where the correlations are. Think about the power of deep learning and AI, combining millions of data points over five HALOs that are located throughout an airplane. We know when the airplane took off, we know when there’s a fume event, if we apply intelligence to this, now we can start identifying the causes of these events and actually start to come up with ways of preventing them,” Jacovino said.

Data recorded by HALO can also be recorded and stored on the HALO sensor itself, and alerts on severe air quality levels could be transmitted via in-flight Wi-Fi, according to Jacovino.

Several airlines have published new videos and infographics to their websites describing how they're improving the way they disinfect aircraft in between flights. As an example, on June 10, Delta Air Lines announced it has established a new global cleanliness division, a few weeks after it started using electrostatic spraying to disinfect airplanes in between flights. Emirates in March, published a press release showing how it would enhance cleaning procedures with a focus on aircraft that transported a passenger with a suspected or confirmed case of COVID-19.

Others, such as JetBlue have even published videos showing how their aircraft are equipped with have High-Efficiency-Particulate Arrestors (HEPA) filters and more advanced air recirculation systems designed to keep cabin air cleaner. Airbus A220 Chief Engineer ___ recently explained how HEPA filters work on one of the manufacturer’s newest airliners, which includes functionality for pilots to control the level of fresh air being recirculated throughout the cabin.

However, airline travelers could still be cautious as travel and social distancing restrictions begin to ease getting back on airplanes, especially considering the Centers for Disease Control (CDC) specifically points to seating configurations as a possible culprit.

“Most viruses and other germs do not spread easily on flights because of how air circulates and is filtered on airplanes. However, social distancing is difficult on crowded flights, and you may have to sit near others (within 6 feet), sometimes for hours. This may increase your risk for exposure to the virus that causes COVID-19,” CDC’s guidance reads.

L2 and IPVideo are focusing on how the air circulation systems work on older aircraft, some of which do not feature HEPA filters or the type of advanced cabin air systems featured on newer planes

“We researched and validated a variety of air flow options in typical aircraft like a 737, and looked at airplanes that are 15 years old, or those delivered 15 years ago. As some of you may know, about half of the cabin air flow is often recirculated in a lot of these older generation aircraft. Whereas 787 has a dedicated system, it’s all fresh air, not part of the bleed air system, and you get high powered fans blowing air in to pressurize the aircraft – for a lot of pre-787 era aircraft we’re recirculating the air. The typical passenger doesn’t know that,” Lebovitz said. 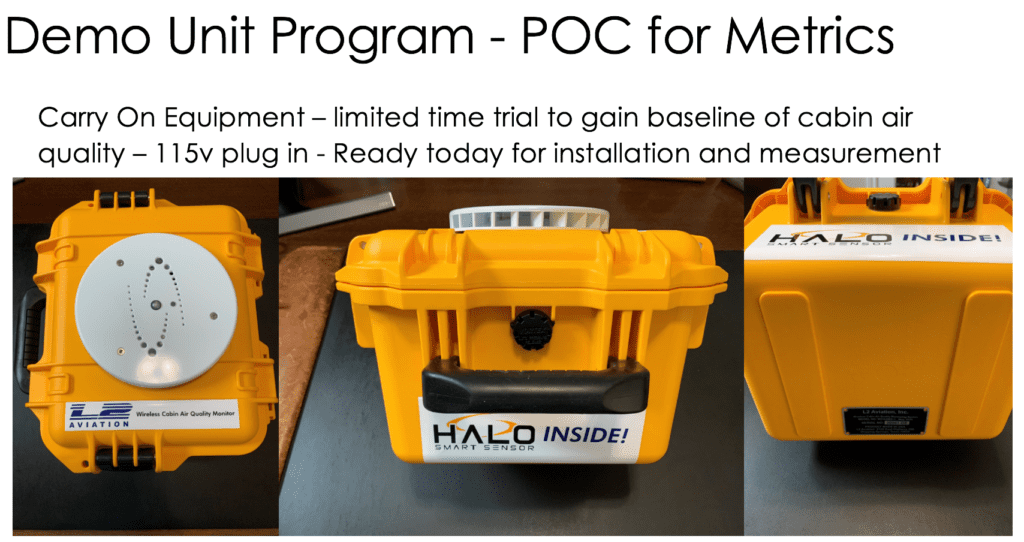 “We’re looking at putting HALO units on each one of the inlets as it goes to different zones in the cabin,” he said.

A basic cabin air quality monitoring control panel is also in development for aircraft as part of the full HALO wireless system, designed to give pilots basic alerts when needed. An initial carry on version of HALO that can be used in a trial run in passenger carrying cabins was also unveiled during the webinar. The kits are designed to collect baseline cabin air quality data and the L2-IPVideo team does have several candidates considering trial runs, Lebovitz said. No actual in-flight testing of the kits has been performed yet.

Lebovitz said the goal is to achieve design assurance level D certification for HALO by early next year. 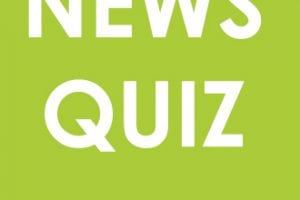 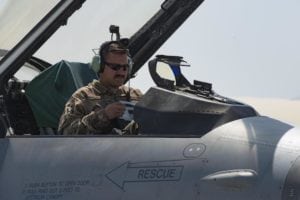 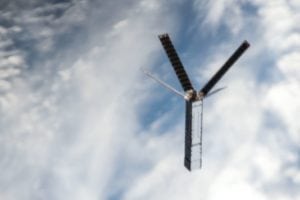