Photo: Honeywell Aerospace.
The goal for GoDirect Cabin Connectivity services is to eliminate the need for corporate flight departments to rely on third party service support when something goes wrong with the cockpit or cabin use of the internet connectivity on their aircraft. Honeywell’s GoDirect division developed the new suite of services in response to feedback from operators who expressed frustration with not being able to quickly and easily manage the overall cost of ownership and unexpected network interruptions that can occur with aircraft internet.
When equipping their aircraft with internet, business aircraft owners or management companies buy the hardware and software necessary to facilitate Wi-Fi access onboard for their pilots and passengers at a fixed cost. But after the hardware is deployed, the owner or management company often can encounter higher-than-expected costs for data consumption. With Honeywell’s latest product, they can now directly monitor and manage who in the aircraft is using what, and which users are allowed to access certain amounts of data within the aircraft.
GoDirect previously launched as a mobile application that primarily focused on trip planning and giving corporate pilots information about fuel consumption, weather, flight plan filing and changes, among other trip planning capabilities. Now, either the pilot, passengers or ground-based maintenance or flight operations department can open the GoDirect portal and look at all of the data being consumed, which satellite it’s coming from and more.

Photo: Honeywell Aerospace.
Operators can also manage an aircraft’s available data links with the GoDirect app’s routing software, meaning the operator of a Gulfstream G280, for example, can automatically manage connections between available channels, such as 3G, 4G LTE, L-Band, Swiftbroadband and Ku-band, among others.
John Peterson, director of customer and product support for Honeywell’s connectivity services division said during the event that the new capabilities available in GoDirect are beneficial when an aircraft is at 40,000 feet and the pilot, passengers or ground-based personnel are trying to figure out why their connection has been disrupted. Peterson described the advantages of the app for operators that fly the North Atlantic Tracks, and find that their aircraft connectivity is disrupted as soon as they exit the North American airspace.
“If you fly the North Atlantic Tracks there’s a key hole and when you get into the key hole you go from Swiftbroadband satellites to I4 satellites to Swift 64 satellites to I3 satellites. What ends up happening is it dramatically changes what’s happening in the aircraft and then when you pass the keyhole you can get back on to the I4 satellites. But a pilot looking to update a weather briefing or a passenger is streaming a video, they have no idea why their connection has been disrupted. With this app they can monitor that and know which satellite they’re on when they can expect to  switch over to the next satellite,” said Peterson.

Photo: Honeywell Aerospace.
GoDirect Portal and GoDirect Access are the web-based services that integrate with Honeywell’s apps to provide a view of the data consumption of each aircraft in the fleet while employing advanced forecasting tools to understand how passenger and crew behavior affects connectivity cost and budgeting.
There’s also an option that would allow operators to secure their own independent stream of connectivity at a higher cost if necessary.
“When you use Wi-Fi internet on an aircraft what you’re using is background IP (Internet Protocol), and that’s first come first serve, and everybody in the spot beam, everybody using that satellite shares that link. The more people that connect, the more traffic traffic there is and the slower your connection will be. So, what ends up happening with the streaming service is they actually dedicate a service to you so you get a certain amount of spectrum that’s dedicated to you that permits you to exclusively use that so nobody else can use it,” said Peterson.
To launch the new cabin connectivity services portal offered by GoDirect, Honeywell used its Honeywell User Experience (HUE) team of graphic designers, copy writers and Graphical User Interface (GUI) developers to create a capability that would be easy to learn and use for corporate flight departments.
Going forward, Peterson believes that the focus of Honeywell’s connectivity division moving forward will be managing high speed data consumption.

“What’s happening with aircraft connectivity is similar to what happened with cell phone service, at one point with 3G you could consume as much data as you wanted to with no restrictions. That’s because the data rates in 3G were so low and users could only burden the network so much. Now, with LTE you can stream high definition video and user consumption rates jumped from 10s to 100s of megabytes on 3G, to thousands upon thousands of megabytes, so in order to ensure the network does not get overwhelmed the service providers put limits on data consumption. In aviation, now that we’ve entered this next generation of high speed connectivity on the aircraft, you have to figure out ways to provide a certain level of service at a certain price and give the operator control over it as to whether they want to get into an overage it or they don’t based on whose on the airplane and whose asking,” said Peterson. 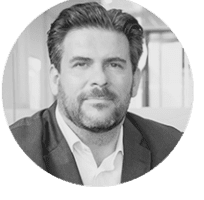