[Avionics Today 05-10-2016] In-Flight Entertainment and Connectivity (IFEC) provider Global Eagle Entertainment (GEE) is acquiring satellite connectivity provider EMC for $550 million, the companies announced this morning. The acquisition, anticipated to close during the third quarter of this year, is GEE’s biggest acquisition to date, and brings the company into new markets — including furthering its pursuit of expanding its In-Flight Connectivity (IFC) reach.

Speaking May 9 on the company’s first quarter 2016 earnings call shortly following the announcement, GEE CEO Dave Davis said the company sees the merger will be particularly beneficial when competing for contracts from global airlines. Global Eagle has more than 100 aircraft installations planned for this year, Davis said, with 706 completed by the end of Q1 2016. He said nearly all wide-body and a record number of narrow-body aircraft coming off assembly lines are now equipped with embedded IFE systems.

With or without these systems, connectivity continues to have growing demand as well. Davis said GEE is targeting airlines without IFE systems with its recently announced Entice (Entertainment, Information, Communication and E-Commerce) platform, which supports up to 10,000 hours of television and movie content, and is easily upgradable for satellite connectivity.

GEE has acquired nine different companies since forming, including Row44 and Advanced Inflight Alliance, but Davis said EMC would be the company’s largest and most transformative to date. The CEO said the deal should create a minimum of $40 million in annual run-rate synergies by 2019 between the combined assets of Global Eagle and EMC.

“In addition to our aviation-driven engineering and [Research and Development] R&D capabilities, we are very, very pleased to inherit the patent portfolio for bandwidth optimization technologies that EMC has, as well as to inherit their deep maritime expertise,” said Davis.

Davis said the expenses to achieve Global Eagle’s targeted $40 million in synergies are relatively minimal. A large chunk of it would come from combined satellite infrastructure, eliminating the need for duplicative resources.

“From a satellite bandwidth perspective, we have overlapping areas of coverage which aren’t needed,” he explained. “We have different contracts that we believe we can combine and save significantly on the combined company’s spend on satellite bandwidth. We also can take advantage of the EMC teleport infrastructure around the world and use it as it is today to drive our aviation network through. Then we have overlapping network operation centers and groups that we will look to optimize as well.”

EMC has 21 satellite teleports located around the world, 52 global support centers, and more than 20 proprietary compression and bandwidth optimization technologies. Davis said GEE intends to leverage these assets to serve aviation customers as well as EMC’s core customer base. About 75 percent of EMC’s revenue is maritime-based, whereas Global Eagle has been until now principally focused on commercial aviation. As one, the company will have 27 offices, 52 field centers and 31 teleports.

“From a media solutions perspective we have very deep studio relationships, exclusive content rights, automated post production facilities and so forth,” added Davis. “We really want to take those capabilities, those distribution rights that we have and sell them across the EMC network.”

Davis said GEE and EMC have been working together in a number of areas prior to announcing the acquisition. He said combining the companies will create favorable economies of scale in how it purchases and processes content, develops portals, and forms new ways for customers to sell advertising and monetize investments.

EMC founder and CEO Abel Avellan will become president and chief strategy officer at Global Eagle Entertainment once the acquisition is complete. Avellan said EMC is seeing a significant explosion in the demand for bandwidth, particularly from cruise lines and yachts. Other vessels are adding connectivity for the first time, or shifting from L-band to other frequencies, he said. Together EMC and Global Eagle provide global coverage in Ku- and C-band, along with some limited coverage in Ka-band.

This article was originally published on Via Satellite, one of Avionics’ sister publications. 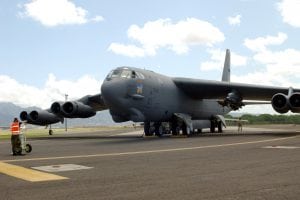