[Avionics Today 09-28-2015] ViaSat has received its first Supplemental Type Certificate (STC) from the United States Federal Aviation Administration (FAA) for its in-cabin distribution system. This is the first of two significant STCs ViaSat expects to obtain for In-Flight Entertainment and Connectivity (IFEC), with the second STC anticipated in Q1 2016 for its hybrid Ku-/Ka-band antenna system.

The ViaSat in-cabin distribution system bridges the company's antenna system to the IFE system in order to provide full Internet connectivity with streaming capabilities to all passenger devices, and complete distribution of broadcast TV over satellite to the onboard seatback display. The ViaSat system consists of a Network Access Unit (NAU), wireless access points inside the cabin, and cabling to interface between the satellite terminal and the IFEC system. The system, deployed by ViaSat on Virgin America, provides both Internet connectivity and broadcast TV across ViaSat's Ka-band and hybrid Ka-/Ku-band terminals. The ViaSat in-cabin distribution system was designed to be universal and interface with different IFE systems. 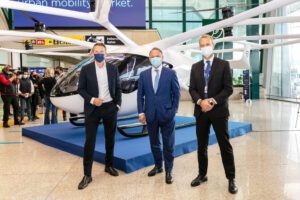 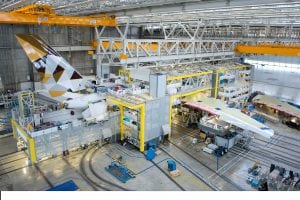