[Avionics Today 12-04-2015] Robert Isom, executive vice president and chief operating officer of American Airlines, believes the company’s fleet renewal policy, which aims for an average fleet age of less than 10 years by 2017, will allow the company to enjoy a maintenance vacation in coming years. Speaking at the Credit Suisse Annual Industrials Conference Thursday, Dec. 3, Isom touted the airline’s successful continued integration with US Airways and looked forward to fleet renewal to remain competitive.

Bolstered greatly by low oil prices, the company has posted record quarterly profits this year, netting $1.9 billion in the third quarter of 2015, a 54 percent jump over the same period last year and the highest profit in the company’s history. Many of these profits will likely be reinvested into the fleet alongside “the lion’s share” of $4.5 billion in new financing the company has raised in 2015 according to Isom.

The airline is in the midst of a fleet renewal program that aims to retire about 100 MD-80s, around 70 Boeing 767-200s as well as its 757 fleet.  Airbus A319s, A321s and Boeing 737-800s are replacing American’s aging MD-80 and 757 aircraft. Boeing 787 Dreamliners and Airbus A350s will replace the carrier’s 767 fleet, Dennis Zvacek, senior manager of avionics engineering at American Airlines told Avionics Magazine in an interview earlier this year.

To keep pace with the renewals, American Airlines took on board 129 aircraft in 2015, including its first 787-8 Dreamliner delivered in January and has ordered 460 narrowbody jets from Airbus and Boeing to be delivered through 2022, plus 465 option positions.

“The fleet renewal program isn’t as big going forward because we will have run through most of our retirements of our super 80 fleet, our 767s and our 757s. But as you take a look at this again, this is not for growth, this is making sure we have the right aircraft for the future and if you look at our fleet size it remains fairly constant as we look into the future,” said Isom.

The advantage both in the short and long term can be seen in terms of maintenance and reduced fuel costs.

“In general terms, on an engine basis, if you take a look at new generation 737s versus old, or even take a look at what’s coming with the NEO [New Engine Options] in the next generation aircraft from Boeing and Airbus, just the engine technology alone will allow for 10 to 15 percent fuel burn improvement,” said Isom.

As new aircraft enter the fleet, overhauls and repair work necessary to upgrade and maintain older aircraft drop, offering the airline a “maintenance holiday” on more extensive aircraft overhauls, such as the expensive work required to rebuild engines.

“The technology that’s being put in the engines is allowing for longer run times,” said Isom, noting that the value of an engine is often equivalent to a third of the value of an airframe’s total cost. “If you’re able to extend the life of those overhauls, that’s an expense you’re going to avoid,” he added.

This “honeymoon period” for  engine overhauls  is something that will last for the next decade, according to Isom, who also notes that new airframes will also require less heavy maintenance checks.

“The older fleets require intensive aircraft aging checks each and every year and, for us, we get the benefit of avoiding that for extended periods of time,” said Isom.

American is conscious of the fact that the maintenance assets must be managed over the next 20 to 25 years that will have to service well despite the operating environment.

“We’re taking advantage of a low fuel cost environment right now, but that could change,” said Isom, noting that if it the costs of fuel prices rise again he believes the company will be well-positioned to take on these changes with a fuel-efficient fleet. 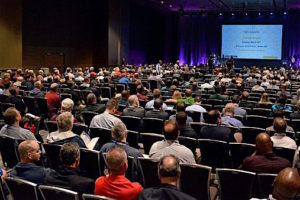 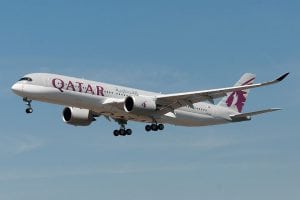