[Avionics Today 09-08-2015] Russia's largest state-run carrier, Aeroflot, has announced it will purchase a 75 percent controlling stake in Transaero, a deal that is still pending regulatory approval. The acquisition occurs as Transaero, Russia’s largest privately owned airline, struggles with a $990 million debt resulting from a combination of declining currency, political tension, and a decline in international passenger traffic to Russia in recent years.

Transaero aircraft. Photo: Transaero Airlines.
Transaero Airlines released a statement on its website concerning the acquisition, noting that the company made the decision following a meeting of the intergovernmental commission held by the government of the Russian Federation.
"In the interests of the development of the commercial aviation and creating one of the largest in the world group of airlines, the commission has approved the acquisition of JSC Transaero Airlines by Aeroflot group. The shareholders of Transaero Airlines believe this measure will serve the interests of passengers, personnel and partners of the airline," Transaero said in the statement.
Thomas Saquer, an aerospace and defense industry analyst and consultant for Frost & Sullivan, told Avionics Magazine that Transaero's difficulties with operating revenues in recent years directly resulted from a weaker ruble, a decline in international traffic toward Russia, and a reduced fares strategy that did not generate the turnaround the company expected. Going forward, Saquer believes the key to integrating Transaero into Aeroflot's business model will be a focus on finding the right synergy between the two carriers in terms of route usage, the operational efficiency of the aircraft fleet, and capacity growth.
"Transaero has quite a lot of assets in terms of their fleet — it's about 100 aircraft — so Aeroflot will need to decide which aircraft they're going to use or retire, as well as whether those aircraft are going to be efficient. Can they manage profitable load factors on that Transaero fleet? That's a major question they'll have to address quickly," Saquer told Avionics Magazine.
According to Frost & Sullivan, as of December 2014, Transaero had a fleet of 104 aircraft, only nine of which they directly owned. Out of the fleet of Boeing 737s, 767s, and 777s, 61 total were on financial lease while the remaining 34 were on operating lease. The Transaero fleet is also aging, with an average aircraft age of about 16 years, this will make fleet modernization a priority for Aeroflot in the future. Additionally, the company will have to decide how to move forward with some aircraft orders that Transaero had in the works prior to the acquisition.
Transaero has an outstanding memorandum of intent for eight Airbus A330-200s, 12 A330-900neos, and had firmed order for eight A320 neos and four A380s as well. It was also recently announced that the delivery of the A380 initially planned to start in 2015 was postponed until further notice. Transaero also has an outstanding order for four Boeing 747-8s.
"What is noticeable is the fact that Aeroflot has a very new fleet, the average age is about 4 to 5 years old, which means they already planned a few years ago to renew their fleet," said Saquer. "Whether or not they’re going to expand on that, whether or not they’re going to take on the order from Transaero, that’s a different question. … A week ago, Airbus announced they’re going to postpone the order of the A380. Whether or not Aeroflot is going to be willing to get those very large aircraft into their fleet, it’s a big question and the same goes for the 747-8."
Another decision regarding the integration of the Transaero fleet into Aeroflot's flight operations is the consideration of the In-flight Connectivity (IFC) featured on the two fleets separately. Aeroflot uses OnAir, while Transaero has been operating Panasonic Avionics IFC. Aeroflot will have to decide whether it wants to continue operating two different systems or to feature OnAir across its entire fleet going forward.
"Grounding airplanes to change Transaero’s Panasonic solution to an OnAir solution is a high cost. Aeroflot will have to consider whether they want to operate Panasonic on the Transaero fleet, whether or not that can match up with the business model and operating cost that they currently deal with the OnAir technology on their own fleet of aircraft," said Saquer. "Surely though they’re going to try to have connectivity onboard anyway because that’s what Aeroflot has been doing for a few years. Transaero has a system, it might not be exactly the same, but the passenger that's flying in Europe just wants to be connected, and does not really consider who is providing the technology."
Operationally, Saquer also says Aeroflot could consider introducing a low-cost carrier subsidiary model to manage the Transaero fleet going forward.

"As the Russian economy continues to slow down, pressured from declining oil revenues and trade sanctions from the West, it will be interesting to follow how Aeroflot will right size the Transaero legacy routes, and therefore likely cut down on these routes’ capacity while maintaining access to destinations still viable overall. Consequently, the combination of the two fleets will likely lead to Aeroflot following in the path of Air Canada and Air Canada Rouge, using a combination of aircraft and service levels with differing operational, access and customer requirements," said Saquer. 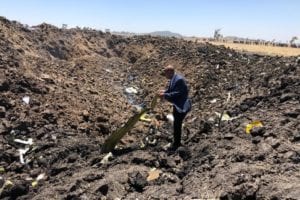 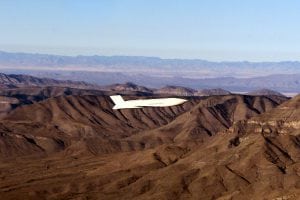