Kevin Petersen, director of the Dryden Flight Research Center (DFRC), has named Steven Schmidt as deputy director. Schmidt has been the special assistant to the NASA administrator since January 2002 and currently serves as the executive director for the President's Space Commission. He joined NASA in 1994. Schmidt brings 27 years of aeronautics experience to the job. Visit www.nasa.gov.

dent of material program management operations for Northrop's Electronic Systems sector in Baltimore. Davis, who joined the company in 1976, was previously the director of strategic sourcing in the Procurement and Material Management organization. Northrop Grumman also has named Alexis Livanos vice president and general manager of its Space Systems Division. He previously held the same position in the company's Navigation Systems Division. Visit www.northropgrumman.com.

Jeppesen, Englewood, Colo., recently promoted Sandy Stedman to vice president-quality, standards and industry relations. She will oversee quality programs and establish standards for the development of aeronautical information. Stedman began her career at Jeppesen in 1973 as a copy editor and most recently served as the director of flight information development. Visit www.jeppesen.com.

The Professional Aviation Maintenance Association (PAMA) has named John Goglia as senior vice president of government and technical programs. Goglia's new appointment follows his retirement from the National Transportation Safety Board (NTSB). He was the first and only airframe and powerplant (A&P) mechanic to receive a presidential appointment to the NTSB. Visit www.pama.org.

Alan Conklin, founder of Conklin & de Decker, Orleans, Mass., an aviation research, consulting and education firm, has announced his retirement. He founded the firm in 1984 and partnered with Bill de Decker in 1993. Under Conklin, the firm developed business aviation's first true relative cost database, the forerunner of its Aircraft Cost Evaluator. Conklin has been in aviation for 62 years, starting in 1942 with the U.S. Army Air Corps. Following his retirement, he will become president emeritus and serve in an advisory role. Visit www.conklindd.com.

Board Member and Honoree

The Association for Women in Aviation Maintenance (AWAM) recently added Linda McGeary to its board of directors. McGeary is student administrator for Pratt & Whitney's Customer Training Center. Also, AWAN recently awarded Mary Feik the Richard C. Wellman Award for championing the cause of women in aviation maintenance. Feik's maintenance career began in 1942, and her experience includes writing training manuals for the B-29, as well as logging 6,000 hours on the bomber aircraft as a flight engineer. Visit www.awam.org.

Magdy Michael has been hired as senior marketing manager of TECOM Industries, Thousand Oaks, Calif., a developer of custom antenna systems. He will be responsible for finding new commercial and government business opportunities. Michael, who brings more than 17 years of experience to this position, was previously the senior director of worldwide sales and marketing for California Amplifier's satellite division. Visit www.tecom-ind.com.

Stevens Aviation, Greenville, S.C., has added new executives to its management team. Don Doty has been named general manager of the Stevens Donaldson Center facility in Greenville. He was previously the general manager of Stevens Greenville-Spartanburg International Airport. Hiott Daves, who has been with Stevens since 1963, was promoted from director of maintenance to director of military operations. Mike Fitzgerald, a 25-year aviation veteran, was moved from manager of engine services to director of maintenance. Visit www.stevensaviation.com. 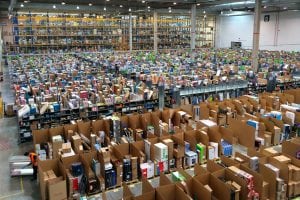