In aerospace, wires and data cables are the lifeblood of modern airframes, supporting applications such as Ethernet, digital video interface, and more. At nearly every second of every flight operation, wire and cable are responsible for transmitting enormous amounts of data and signal processing throughout the aircraft to support high definition displays and In-Flight Entertainment and Connectivity (IFEC) systems, weather radars, and more.

Results from Avionics Magazine’s 2015 wire and cable readership survey reflect the vital role these solutions play in the airframe. For the second consecutive year, the survey indicated that 80 percent of respondents have needs to acquire new wire and cable solutions for their airframes, maintenance center operations, or other purposes. We talk to some of the leading wire and cable suppliers in the industry to learn how they are providing solutions to bring legacy aircraft up to speed and power new production aircraft into the future.

Aircraft have become airborne data centers, split up into three domains: Aircraft Control Domain (ACD), the Airline Information Services Domain (AISD), and the Passenger Information and Entertainment Services Domain (PIESD). Within these different domains, airframe microwave assemblies are supporting serial bus communication and data distribution during almost every second of a flight operation. The results of our survey show that the most compelling reason for Avionics Magazine readers to purchase airframe wire and cabling is to support the installation of new avionics, Internet connectivity systems or other next generation technology, with 79 percent of readers indicating that this was the case.

Within the commercial arena, new IFEC packages are driving much of the demand to retrofit legacy aircraft with higher performing data cables. Every major carrier around the globe either already has or is looking to add Internet, and in the business aviation world, travelers are nearly unwilling to fly if their private jet does not feature some form of connectivity. Along with installing new antennas and on-board servers and routers that power aircraft broadband systems, re-fitting legacy aircraft with connectivity requires Ethernet cables and durable wiring that can properly support it.

“About 15 years ago, quadraxial data cables were introduced to handle up to 100 Mbps data rates. What we are seeing today is that the data rates have increased to Gigabit Ethernet as well as some applications for [Digital Visual Interface] DVI for displays. Additionally, there is a move toward 10 Gigabit Ethernet, especially for the in-flight entertainment systems,” says Robert Moore, principal engineer at TE Connectivity. Gogo provides an example of this evolution of aircraft connectivity, as the aero communications provider’s IFC tech started out at 3 megabits per second (Mbps), moving to 9.8 Mbps with it’s ATG-4 solution, and eventually growing to 70 Mbps with its new satellite-based 2Ku system.

“These systems are being provided by the IFE suppliers and we are working with those suppliers to provide the cables that interface the antenna to the on-board servers. These cables are required to transmit both power and data and must be resistant to repeated flexure as the antenna position is constantly redirected to maintain connectivity with either ground systems (air-to-ground) or satellite links. These cables are customized to the specific requirements of the system provider,” Moore adds.

“New avionics systems, and the higher performance wire solutions required, are one of the end-market applications that is driving CarlisleIT’s business,” says Don Slutz, senior product manager at CarlisleIT. “We are helping operators by creating products with enhanced value and a focus on weight- and space-saving reductions, higher temperature and greater abrasion resistance.”

CarlisleIT’s Gigabit Ethernet cables are capable of data transfer speeds of up to 10 Gigabits per second (Gbps), while their Netflight 100 Base-T cables are specifically designed to support IFE systems, including seat-to-seat and 1000 Base-T applications.

“There are many applications driving demand, such as in-flight entertainment, cabin management, and other general aerospace needs,” says Slutz. “We are currently seeing demand from OEMs, maintenance centers and operators.”

“There is an increasingly strong demand in the retrofit market. Typically this demand comes direct from retrofit centers and is complemented by select Harbour distributor channels. The pace of RFQ’s and new orders has been growing every month for the last couple of years,” says Trum Rittling, national sales manager at Harbour Industries. “We see the greatest volumes coming from the IFE systems manufacturers. What’s encouraging is the demand comes from all three segments: commercial, business and VIP.”

Aircraft involved in both civil and military operations often fly within extreme environments that do not lend to wire and cabling’s attempt to provide high-speed communication between avionics transmitters and receivers. Providing high-speed data transmission over long distances and minimizing the need for additional signal amplification requires the use of wire and cable constructed from materials engineered to withstand flight demands in severe environments. These harsh conditions can include temperatures of up to 300 degrees Celsius, salt water, and rapid altitude changes. When considering the acquisition of any wire or cable, whether you’re an operator, maintenance center or OEM, you’ll first have to consider the primary function, environment, and any challenging conditions that it may face.

Wiring manufacturers such as RSCC are also solving issues with tape-wrapped solutions that may be damaged during installation. The wiring manufacturer recently introduced the AD300, which is designed for use against high temperatures of up to 300 degrees Celsius. They have also produced next generation airframe wire and cable coverings, the AD150, AD200 and AD360, which are ready for customer evaluation and specifically designed as an alternative to composite tape-wrapped designs, says Kevin Coderre, technical director at RSCC Aerospace & Defense.

“Right now there’s a lot of wire on the plane that’s manufactured by wrapping tape on the conductor and there are some inherent problems with the tape edges catching during installation, trying to seal it going into connectors,” says Coderre. “We’ve been working on this extrudable version that will be less expensive and solve the issues of this tape wrap construction. These will be used for general aerospace wiring; we’ve developed it but its not in use yet. The tape wrap materials are extremely expensive and we’re looking for a much lower cost solution.”

Our 2015 survey results support Coderre’s views, as 73 percent of respondents said they prefer conventional wrapped solutions, while the remaining 27 percent prefer alternative insulation systems with hybrid construction or inorganic films. Looking ahead, all wire and cable suppliers agree that they will likely always face challenges when it comes to producing solutions that help to reduce aircraft weight while supporting increased power output. Research and development efforts right now are mostly focused around providing smaller, lighter and more capable wire and cable that support growing aircraft data output rates and power requirements, including the conductors used for wire and cable solutions. TE Connectivity is currently focused on analyzing improvements in the conductivity of Carbon Nanotubes Technology (CNT).

“There have been improvements in the conductivity of the carbon nanotubes technology as used in conductor materials but it still needs to improve further in order to access the general aircraft market. Testing is showing that there is the potential for usage in low data rate systems today (MIL-STD-1553) in short runs. Since copper weight makes up the largest percentage of a cable construction today, the goal would be to have CNT conductors that have similar conductance as copper conductors,” says Moore.

“I see data systems being pushed in two ways. One is the incorporation of mature commercial protocols into the aerospace applications and the other is looking forward today to see how emerging higher rate protocols could be incorporated as those higher rates are just starting to mature. It seems that the data pipeline can never be large enough.” 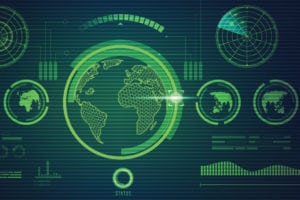 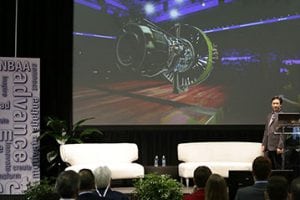