[Avionics Today 05-06-2015] In a move to make T.F. Green Airport (PVD) in Providence, R.I. more attractive to international carriers, the Rhode Island Airport Corporation is investing in a check-in and boarding platform provided by the global airport technology provider SITA. This cloud-based technology, SITA AirportConnect Open, aims to make it easier for international carriers to operate at the airport by allowing them to use their common-use passenger management applications here in the same way as they do at other airports around the world.

“As an international airport we need to provide the best facilities to overseas airlines to encourage them to set up routes to Rhode Island. SITA’s airport technology is used by hundreds of airports across the world and installing this system makes it quick and easy for airlines to work here in the same way they operate at other airports,” said Kelly Fredericks, president and CEO of Rhode Island Airport Corporation. “SITA has also provided us with a solution that is hugely flexible and scalable. Because it is a cloud-based service, we do not have to invest in infrastructure on site here at the airport and new airlines can be up and running quickly and adding seasonal routes will be easy.”

The technology will be in place at T.F. Green Airport by June of this year when international carriers will begin flying to Rhode Island. 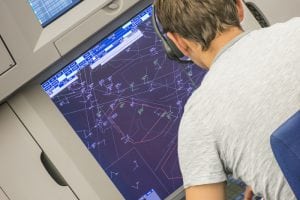