Boeing 737 MAX cockpit. Photo: Boeing.
"We do have 15 new ARINC Standards to be approved by the AEEC Executive Committee, which is a good healthy number. It shows the AEEC subcommittees are reaching consensus on their products. Each standard is the result of highly-focused subcommittee activity, so we’re very happy about this consensus," Paul Prisaznuk, AEEC's executive secretary and program director for ARINC industry activities told Avionics Magazine. "In the surveillance area, we’re updating our ARINC 735B traffic computer standard for [Automatic Dependent Surveillance-Broadcast] ADS-B and [Traffic Collision Avoidance System] TCAS, hybrid surveillance. We have to stay up to date with any changes to [Radio Technical Commission for Aeronautics] RTCA standards related to ADS-B. We want to make sure that the airlines and their suppliers have the standard they need to support the ADS-B compliance date of January 2020."

Here is a look at the 15 different standards to be considered for adoption during this year's general session:

Draft 2 of Supplement 2 of ARINC 404B is up for adoption with updates to connectors, rack and panel, and rectangular rear release crimp contacts. According to the AEEC Cabin Systems Subcommittee, this will attempt to resolve a production error that was first featured in the standard in Supplement 1 to ARINC 404B.

The committee will consider Draft 2 of Supplement 3 for adoption, as this attempts to address the growing complexities and scope of cabin equipment as new concepts and next generation systems and networks such as Gogo's 2Ku technology prepare to enter service.

"We will start the week with the NextGen/SESAR Symposium, followed by cabin IFE topics, then we get into [Electronic Flight Bags] EFBs, traffic computers and a couple new software data loading standards," said Prisaznuk.

Draft 1 of Supplement 8 for Part 2 of ARINC 628 is also to be considered for adoption to provide increased standardization of cabin management and entertainment systems from a seat interface perspective.

Draft 1 of Supplement 5 to ARINC 834 is being considered to provide clarifications, corrections and improvements to the interface for handling avionics data between system software and applications. These corrections will expand the level of EFB platform independence in which the specifics of system software implementation are hidden from the applications. According to the EFB Subcommittee's APIM 11-012B, the standard enables "traditional avionics data parameters to be acquired by network components such as file servers, Aircraft Interface Devices (AIDs) and EFBs.”

The committee will consider Draft 3 of Supplement 3, which will attempt to expand the general standardization of the Controller Area Network (CAN) bus protocol for airborne use.

Draft 3 of ARINC Project Paper 641 is being considered for adoption, as the Software Data Loader (SDL) subcommittee looks to continue the expansion of standards around file format, media type, part numbering and interfaces between the software data loader and target hardware.

Draft 1 of Supplement 1 to ARINC 653, the avionics application software standard interface, Part 0, is being considered for adoption.

"Another topic for Prague is that multi-core services are now defined within ARINC 653, and we anticipate approval of supplements to this standard. This will enable avionics suppliers, for the very first time, to use multi core processors on avionics computing platforms," said Prisaznuk. "Today, every avionics computer on an airplane uses a single core processor. ARINC 653 will support dual core, quad core, multi core type solutions."

Draft 1 of Supplement 4 to ARINC 653, the avionics application software interface, part 1, the required services portion of the standard is also being considered for adoption.

Draft 1 of Supplement 3 to ARINC 653, an expansion of the extended services portion of the standard is being considered for adoption.

Draft 2 of Supplement 6 to ARINC 757, to provide more clarity for the standardization of Cockpit Voice Recorders (CVRs) is being considered for adoption.

The committee will consider Draft 2 of Supplement 1 for ARINC 757A's expansion of the requirements for CVR technology complying with 757A for adoption.

Draft 4 of ARINC Project Paper 677, which defines the installation standards for Low Frequency Underwater Locator Beacon (LF-ULB) technology, is being considered for adoption. 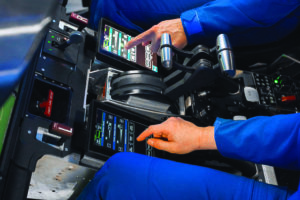 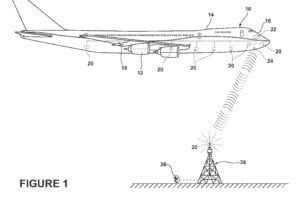