[Avionics Today 03-02-2015] Honeywell's annual Heli-Expo forecast estimates up to 5,250 new civilian helicopter deliveries over the next five years, a good indication for the growing aircraft connectivity market to make the majority of those purchases connected helicopters. Several of the avionics industry's largest manufacturers, including Garmin, Honeywell, Rockwell Collins and Thales, have high speed, satellite-based connectivity solutions available at the 2015 industry event in Orlando, Fla. this week.

North American commercial helicopter buying plans increased 8 percentage points over last year to 34 percent. Charles Park, a senior analyst who contributed to the Honeywell Forecast, told Avionics Magazine that the increase in North American buying plans was one of the most significant findings of the survey associated with the forecast, which went out to more than 1,000 chief pilots and flight department managers operating a combined 3,800 turbine and piston helicopters worldwide.

"The strengthening of new aircraft purchase plan rates in North America is very encouraging. We think that’s predicated in large measure on the strengthening in the U.S. economic growth, overall economic health, and because the U.S. has such a large fleet," said Park.

Regionally, Park expects Brazil and China to be two main areas of growth for commercial helicopter deliveries. Operators in Latin America lead planned annual flight increases by operators in all regions, with 45 percent of operators there indicating that they plan to perform more flight hours in 2015. Even with planned Brazilian and Chinese purchase rates dropping in the 2015 survey, the planned purchase rates in both regions still exceed the world average.

Operators worldwide are also looking to increase flight operations with their new and existing helicopters. Latin American operators plan for the heaviest increase, with 45 percent of respondents from the region reporting they plan to increase their fleet utilization in 2015.

Across all regions, light single engine helicopters are the most popular helicopter class, making up half the new purchase interest in the 2015 survey. Among the most "frequently mentioned models" are the Airbus EC130/AS350, Bell 407, Bell 505 and Robinson R66, according to Honeywell.

At Heli Expo 2015, avionics manufacturers will be showcasing their latest high speed data broadband connectivity solutions both for cabin and cockpit connectivity. Honeywell has its Aspire 200, which is capable of 200 Kb to 1 Mb of data per second using Inmarsat's L band. Rockwell Collins announced a new agreement with Iridium as a Value Added Manufacturer (VAM) for Certus broadband terminals, which will enable rotary and fixed wing operators to use Iridium Certus, a voice and data service enabled by the Iridium Next satellite constellation. The LiveAero Iridium data broadband solution developed by Thales-owned LiveTV Satellite Communications, is another next generation broadband technology available at Heli Expo, capable of bi-directional effective data speeds of up to 300 kbps.

"Oil and gas is one of the largest consumers of helicopter services. When we look at connectivity in the oil and gas industry, we see some interest from operators flying to platforms that are far away from shore. Historically, the helicopters would fly an hour to bring a crew to a rig but that is changing. Some rigs are 150-200 nautical miles out, that's a 2 to 3 hour trip in some cases, where connectivity could provide significant benefits such as increased communication with the base and allowing passengers to stay connected," Daniel Lafrance, vice president of sales and marketing at Greenwich AeroGroup told Avionics Magazine.

Bristow, one of the world’s largest helicopter operators, recently showed an example of the type of applications that helicopters can use for connectivity.

"Search and rescue is a very significant helicopter operation segment," said Lafrance. "Bristow is a large SAR helicopter operator in the U.K. As a SAR service provider, not only are they bringing newer and better equipment to the table with the helicopters that they're flying, they're also using the LiveAero platform, which allows the helicopter that is out in the field to communicate directly with doctors that are sitting at emergency centers waiting for the patients to arrive, and there is a wide array of triage parameters the doctors can get live in real time."

Projected demand in 2015 remains "roughly in line with 2014," according to Honeywell’s forecast. Along with new helicopter deliveries, the existing global civilian helicopter fleet offers a strong market for retrofitting existing helicopter fleets with connectivity and other technology to improve flight operational efficiency.

“With near-term demand for new helicopters running close to recent volumes, and aircraft lasting longer through replacement cycles, Honeywell is ready to support both new installations and fleet upgrades worldwide,” said Mike Madsen, president of Defense and Space at Honeywell. “Our propulsion, safety, navigation, communications and flight services can help aircraft stay efficient, powerful, reliable and safe throughout their entire time in the air.” 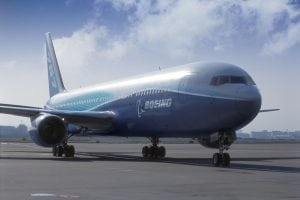