The takeoff overrun and resulting aircraft damage that occurred in an April 9, 2004, accident in Johannesburg, South Africa, might be described as "two pilots determined to succeed but prepared to concede." The captain, who was the pilot flying, conceded to an improper use of his instruments; the first officer conceded to the captain's use of a derotation maneuver as tailstrike avoidance. The maneuver resulted in three blown tires during takeoff, which damaged the flaps and made them impossible to retract. After a fuel dump and a hairy touchdown that involved more blown tires, the aircraft stopped about 100 feet off the end of the runway.

A recent South African Civil Aviation Authority (CAA) report describes the accident involving an Emirates Airlines' Airbus A340-300 that overran the runway and hit approach lights with its wheels while trying to take off from Johannesburg International Airport. The first officer was the pilot flying on the trip from Al Ain, United Arab Emirates, to Johannesburg, and the captain had the controls for the return trip, when the overrun occurred. None of the 260 passengers or 14 crew aboard was injured in the accident.

In this particular incident, although both pilots had accumulated their experience on the twin-engine A330 and flown the four-engine A340-500 in transition training, they were both flying the A340-300 for the first time.

The captain says he was concerned about the potential for a tailstrike--a concern reiterated in various Emirates messages as well as a strong focus during transition training to the A340. For example, on the day of the incident, the crew received this message from the airline:

"Avoiding tailstrike during the rotation is a critical aspect of A343 [A340-300] operation. Hot, high, optimized performance operations at JNB [Johannesburg] require particular attention. Use the correct rotation technique, know your pitch target and avoid that tailstrike."

After receiving messages like this enough times, a normal line pilot will be sensitive to the risk. The following caution is in the manufacturers' bulletin regarding tailstrike avoidance in the A340-300: "Too slow rotations increase the takeoff distance and takeoff run."

According to the CAA report, "Tailstrike had become the subject of frequent discussions between pilots on the fleet, almost to the point of obsession."

Moreover, the captain had been acquainted with an unofficial procedure, mentioned as a "tip" in training, to help determine how much backward pressure on the sidestick controller was needed to rotate the aircraft. The input was two-thirds backstick. But what equates to two-thirds? He had been told during training that the "iron cross" symbol shown as part of the sidestick order indicator (SSOI) on the primary flight display (PFD) can be used for this purpose. The captain had been advised to move the stick so that the cross on the PFD would be at 9 degrees on the pitch scale. (A pitch up of 13.5 degrees will result in a tailstrike on a loaded A340-300, so 9 degrees would provide the attitude to take off with adequate margin against tailstrike.)

Here's the problem: the cross is meant to be used on the ground only for the flight controls check, and for the first officer to monitor the sidestick inputs of the pilot flying during the initial takeoff roll. The cross moves relative to four right-angle marks denoting maximum lateral and longitudinal sidestick deflection. As Airbus cautions, "The sidestick position symbol was not designed to be used during takeoff rotation."

In fact, the SSOI disappears from the display when the weight is removed from the main landing gear. However, this technique of employing the SSOI to determine the amount of backstick was suggested during training, and indeed it had worked in the simulator. However, as the CAA report notes, after performing takeoffs in the Emirates simulator, it "was not able to present an exact representation of the reaction of the aircraft during the takeoff conditions similar to the incident flights ... In each case, the simulator `aircraft' took off without incident."

The overrun is tied to another aspect of the SSOI. When the aircraft rotates, the horizon line (together with its pitch scale) moves down on the PFD. If a pilot moves the cross associated with the SSOI down with respect to the horizon, after rotation the aircraft will not remain pitched up to unstick and climb. This is because the SSOI is referenced to the fixed travel limit marks, not the artificial horizon. As the CAA report states, "Maintaining a 9-degree pitch using the SSOI referenced to the horizon on the PFD after rotation will produce an approximate aircraft pitch of 5 degrees."

And that's what happened in this incident. At rotation, the captain eased off on the backstick, and the first officer thought he was taking the action to avoid a tailstrike. The airplane rumbled off the end of the runway, smashed through a row of runway end/approach lights, and went about 650 feet before finally getting airborne when the captain reapplied backstick and also applied takeoff go-around (TOGA) power.

As the CAA report notes: "An interesting observation was that the horizon on the PFD moves down the moment the rotation starts, and this creates the perception that the stick input is becoming too much, although no change in stick inputs was [needed] ..."

The fact that the SSOI can perform this illusory trick just prior to being disabled by ground/air sensing is probably fundamental to this incident. As the report notes, "[The captain] did not reach the deduction that when the nose rises during rotation, the horizon will `lower' relative to the aircraft symbol, and if he then follows the 9-degree target, the aircraft will derotate."

The South African CAA suggests that the SSOI display, not critical to flight, be removed earlier in the process of taking off, perhaps when the nose wheels (rather than the main gear) leave the runway. Using this technique probably would have avoided the accident, because one cannot follow a misleading symbol that's not present.

It may be possible to do better. A body-angle indicator would be useful until lift-off. It could be as simple as an inclinometer, which zeroes itself when lined up on the runway and enables the pilot to set an accurate attitude for taking off (per thrust set in the flight management computer). The symbology would disappear from the PFD display as a function of the weight-off-wheels switching. The pictorial display could be a flashing, two-part bar that turns from red to green when the aircraft attitude is within, for instance, half a degree of the "called for" rotation attitude. The bar could turn orange when optimal conditions are exceeded by more than 1 degree, and it could emit an orange pulse with a jitter tone when exceeded by 1.5 degrees.

The pilot would just need to keep the left side of the bar (the "call") and the right bar (the aircraft's body angle) matched. Thus on the display, "-- __", with the lines red or orange, equals under-rotating, and "-- --" in green equals "on the money." If this symbology helps avoid an under-rotation and an overrun/tailstrike, it's probably worth the expense. It would certainly be an unambiguous aid to "two pilots determined to succeed."

F-16 Radar Modernization up for 2014 Delivery 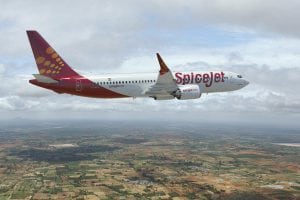 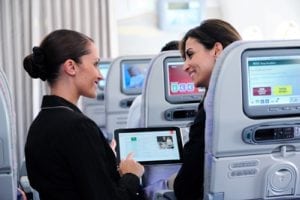 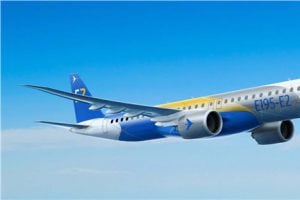