[Avionics Today 02-18-2015] A trio of Air Traffic Management (ATM) service providers has come together to update Australia’s aging infrastructure as skies crowd over the land down under. Saab Sensis, Nav Canada and AirServices Australia (ASA), the country’s Air Navigation Service Provider (ANSP), have announced plans to integrate and deploy air traffic automation technology at four airports across the country through 2017.

This new contract is in addition to four airports — Broome, Rockhampton, Adelaide and Melbourne — where the system has already been implemented under the first phase of the AirServices’ National Towers Technology Program, which looks to bring aging ATM tech up to speed at the 29 control towers the ANSP operates across the country. A good number of these towers were built between 1941 and 1995 and are in need of updates.

“Many of Australia’s air traffic control towers are more than 40 years old and the equipment they use is no longer supported,” Rob Walker, a spokesperson for AirServices Australia, told Avionics Magazine. “A number of these [towers] have now exceeded their design life … and require modernization to bring them in line with current industry standards.”

The $20 million Integrated Tower Automation Suite (INTAS) that Saab Sensis is set to install at Perth, Cairns, Gold Coast and Brisbane airports aims to bring the towers into the digital age by organizing electronic flight and operations information on a single platform. According to NavCanada, whose NavCansuite technology provided the basis for INTAS, the tech is appropriate for ATC towers of all shapes and sizes.

“The INTAS system was designed to meet the needs of all airport types from very small airports with [Visual Flight Rule] VFR traffic, to intermediate airports with mixed and diversified VFR and [Instrument Flight Rule] IFR traffic, to large complex airports with heavy IFR traffic,” Sidney Koslow, vice president and chief technology officer of engineering at NavCanada, told Avionics Magazine. With towers reaching critical mass all across the country, the ANSP expects the new systems will help manage some of the projected 60 percent increase in Australian air traffic over the next 15 years.

The new ATM system organizes the information in one digital suite, information that was previously displayed on numerous computer screens and paper-based systems in the control tower. The electronic system ups efficiency over the traditional method and leaves ASA “well placed” to meet the projected uptick in air traffic. “By transitioning away from a manual, paper-based system, controllers are able to concentrate more on the visual surveillance of the airport and aircraft, which supports increased situational awareness and enhanced safety,” Walker explained. “INTAS is expected to contribute to introducing a dedicated Airways Clearance Delivery frequency and function without the need to increase the number of controllers.”

Relieving workload and updating the Air Traffic Control (ATC) system in the face of rocketing air traffic are likely first steps in the country’s OneSKY Australia initiative, which, much like NextGen in the United States and the Single European Sky ATM Research (SESAR) program in Europe, aims to plan, develop and implement a modernized ATM infrastructure to meet the country’s future needs as well as enhance industry competitiveness and environmental sustainability.

Achieving a more efficient air transportation system isn’t as simple as updating the towers in one fell swoop, however. Over the next few years Saab, alongside Nav Canada, will have to tweak the technology to fit the needs of each individual tower.

“The technology deployed at the four original towers and the four new towers is essentially the same, however, each tower presents its own unique challenges,” Fitzergald explained. “For example, in some cases, an existing tower must be refurbished; and, in some cases, situational awareness is augmented by an existing [Advanced Surface Movement Guidance and Control Systems] A-SMGCS, which must be integrated into the new consoles while in other cases there is no operational need for an A-SMGCS.” In other cases, Saab must develop new interfaces for INTAS, with Fitzgerald pointing to the complete integration of the voice switch system in towers across the country as another notable customization.

While the organizations race against the clock over the next two years to keep each tower up to date without disrupting air traffic, ASA believes that, as long as it keeps working closely with its industry partners, the ANSP can keep the increase well in hand.

“Airservices is in an excellent position to manage the transition to new digital tower technology and to minimize any potential disruption to operations, including through experience gained during the first phase of this program,” ASA Executive General Manager of Projects and Engineering Mark Rodwell said in a press release. “As with any new system, Airservices has been working closely with Saab Sensis to keep INTAS updated to the latest software versions, ensuring we continue to operate safely, which is our highest priority.” 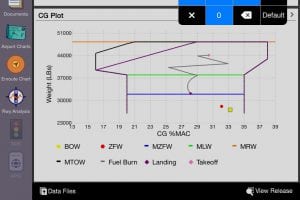