Last week, on a return flight from Moscow to London, I was able to test Transaero Airlines’ In-Flight Connectivity (IFC) service “Transaero Connect” for the first time. I was eager to see what I would make of the experience and, perhaps more importantly, whether this is an amenity I would pay for, given certain circumstances.

Log in was painless and within a few seconds, I was accessing web pages from my tablet with very little technical interruption. The next test was Skype. I must admit it was lovely having a Skype conversation (text) from the sky, giving details about the flight while in the air and catching up with work colleagues.

I, for one, like many people, think that one of the main reasons I enjoy flying is the experience of being disconnected. And while I certainly enjoyed the ability to be in touch, it is something I am not sure I would want to pay for on every flight. It seems to me that IFC is kind of like a swimming pool at a hotel: You don’t use it every time — maybe not even 50 percent of the times — but it is always nice to know it is there.

I can imagine certain circumstances when constant connectivity may come in handy. While a major sports event is going on, for example, it would be compelling to remain online. Certainly, the price of less than $20 for a four-hour flight is not unreasonable; I think I prefer that option than paying $10 for just one hour. It is one of those commodities and services I would like to have for the whole flight.

However, it was not all smooth sailing. I had some TV dramas to watch on my tablet and thought I would give this a try. Occasionally, the video would stop, and then start again within seconds, and occasionally I would get a “temporarily loss of network” message. While reconnection was swift, these instances showed the Wi-Fi connection was not seamless. This, however, wasn’t surprising, and certainly not a deal breaker.

Transaero has been one of the first airlines to offer IFC, and I commend them for the service. It was one of the first flights I have been on where there was a noticeable number of passengers using tablets and laptops. The service was clearly popular — while it was impossible for me to tell how many passengers were online, I saw enough Facebook pages open to indicate it was more than a few.

Sergei Popov, deputy head of the technical department at Transaero Airlines, said in an interview with us earlier this year that the airline had committed $14 million to equipping its fleet with IFC. Popov said the most popular routes are from Moscow to New York, Miami, Punta-Cana, Male, and Tenerife as well as to cities in Russia’s Far East.

“It’s true that in 2013 about 3,000 passengers used Internet on board Transaero aircraft,” Popov said in terms of the numbers of passengers using the service. “In 2014 we expect to see a significant increase in this figure as this service will be available on eight Boeing 737NG aircraft in the near future, in addition to the already equipped 14 wide bodies.”

Overall, I give Transaero’s “Transaero Connect” service a thumps up. It is easy to see how the service would be worth paying for on certain flights. Watching video could occasionally be frustrating, but allowing for general Web-surfing, messaging family and friends, and posting updates in a social media-centric world definitely caters to passenger needs. And lets be honest, selfies from the sky do have a certain appeal. 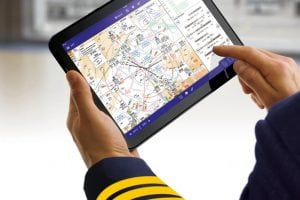