Gogo's U.S.-based Terrestrial Map. Photo: Gogo.
Gogo CEO Michael Small discussed targeting this segment of air travelers during the company's second quarter conference call. He believes there is a large portion of air passengers that Gogo is missing out on that do not want to use their service throughout the flight but would simply like to be able to access basic services.
"One of our goals is to engage the entire plane with our connectivity-enabled products and services, whether that's by helping to keep passengers productive, entertained or simply connected to friends and family on the ground," said Small.
The partnership is a unique business model, essentially serving as an extension of the data plans that T-Mobile customers already pay for. Gogo serves as the onboard hardware and In-Flight Connectivity (IFC) provider, while T-Mobile adds a new feature to existing service plans and entices customers to use the full spectrum of Gogo's in-flight Internet features by giving limited usage of their cell phones at 30,000 feet.
Analysts such as Jonathan Schildkraut of Evercore see the profitability aspect of the deal as a win for Gogo.
"Though the economics of the agreement were not disclosed, historically, sponsored deals have been structured to be profitable for Gogo applying a flat rate charge based on expected usage," Schildkraut said in a research note. "Additionally, Gogo can benefit from breakage (failure for customers to hit expected usage levels). In the case of text, the bandwidth costs associated with the service are very low — implying a fairly high margin service."

While Gogo states that the partnership is currently reserved for U.S.-based airlines, T-Mobile indicates that customers can still send and receive messages while traveling internationally on Gogo-equipped aircraft. The plan on international routes is that T-Mobile will bill passengers according to the international rates associated with their individual plans. Smartphone messaging applications such as WhatsApp, GroupMe and Kik, will not be allowed without paying for Gogo's Internet service. 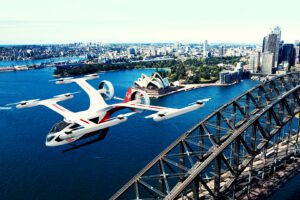