Croatia Airlines will begin deploying navAero's tablet electronic flight bag (EFB) system in early 2014 on its Airbus A319/A320 and Bombardier Q400 fleets, following a new contract signed with the EFB provider last week.
The Croatian national carrier is looking to transition to paperless cockpit operations next year. The airline will begin installing dual networked configurations of the navAero tablet system with wiring provisions to allow for the future addition of the Universal Aircraft Interface Device (UAID) to provide ARINC data connectivity to the tablet devices.
According to Simone Giordano, executive vice president of the navAero group, the company's EFB system differs from others because its STC approval because its a "certified system that brings together all the components," as opposed to system that piece together "loose components into an ad hoc solutions."

"With navAero Tablet EFB system we will reduce pilot workload, improve situation awareness and safety," said Josip Grgec, flight operations director at Croatia Airlines. "The navAero Tablet EFB system has clearly shown itself to be one that has the capabilities we are looking for in a flexible and adaptable technology solution. If a change of device is ever required, it allows for multiple variations of tablets to be hosted to achieve maximum flexibility and upgradeability.” 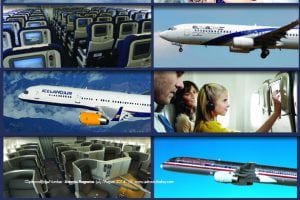