The company announced completion of a Defense Acquisition Board Milestone C review, clearing the program for LRIP. Boeing said it has performed extensive flight tests to validate the system’s design and development.

The upgrade is designed to standardize the cockpit across all variants of the C-130 and conform avionics to new CNS/ATM requirements. The upgrade also simplifies and reduces wiring harnesses on the aircraft.

The first two LRIP aircraft were scheduled for induction in August and October at Warner Robins Air Logistics Center, Ga., where the Air Force will perform Lot 1 installations. The first two AMP kits have been delivered, Boeing said.

Boeing will upgrade five of 20 aircraft during LRIP. Ten aircraft will be upgraded by the Air Force at Warner Robins; the remaining five will be awarded to a third party that was not determined at this writing. Full-rate production is slated for 2013, Boeing said.

Boeing estimates there are 2,500 C-130s in service worldwide. The company sees a potential AMP market of about one quarter of those. 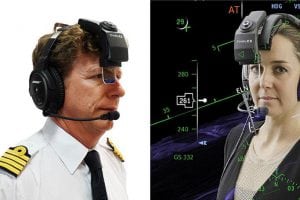