Blocked radio transmissions represent a significant safety hazard, and they have contributed to at least two fatal airline accidents. A remedy has been available for years, but it has yet to be deployed in an aviation industry where pilots and air traffic controllers are daily afflicted with the telltale squeal or squelch of a blocked radio transmission.

Modest impetus to deploy the technology was provided at a recent hearing of the U.S. House Aviation Subcommittee. The disgruntled legislators said, basically, that with the number of runway incursions going through the roof and shattering Federal Aviation Administration (FAA) containment plans along the way, it might be time to get serious about deploying anti-blocking circuitry for assured radio communications. The technology might well help prevent a fiery collision, brought about because somebody "didn’t get the word."

The technology is not among the top 10 actions the FAA announced at its Runway Safety Summit last year to curb incursions, the most serious of which might better be described as near-collisions. The technology also is not among the six recommendations issued by the National Transportation Safety Board (NTSB) to arrest the rising tide of incursions. Yet all concerned at this somber congressional hearing, expert witnesses and legislators alike, extolled the need for anti-blocking circuitry in aviation radios.

Capt. Duane Woerth, president of the Air Line Pilots Association (ALPA), pointed to the worst airline accident in history, the 1977 collision of two Boeing 747s at Tenerife in the Canary Islands, in which more than 580 were killed. "A blocked radio transmission caused one crew to mistakenly conclude they were cleared for takeoff while the other 747 was still on the runway," Woerth recalled.

The NTSB was involved in investigating that tragedy. It also investigated a second accident involving the 1989 controlled-flight-into-terrain crash of a B707 in the Azores, which involved a blocked radio transmission. Carol Carmody, NTSB’s acting chair at the time of the hearing, said, "Although the Safety Board has not investigated a major domestic accident in which blocked or ‘stepped on’ communications was a factor…we believe reports of blocked communications from air traffic controllers and pilots indicate that the potential safety implications are real and need to be addressed."

Indeed, a blocked radio transmission was cited as a potential "recipe for disaster" in the February 2001 all-pilots bulletin published by American Airlines’ (AA) Flight Safety Department. The case involved an American B767 which while accelerating on takeoff at Chicago’s O’Hare airport came within 2,000 feet of a B737 rotating on the crossing runway. Post-incident investigation revealed that the B767 crew’s readback of a clearance issued by the controller some 15 seconds earlier to an Alaska Airlines jet was blocked by another transmission.

This incident provides further grist for the case for anti-blocking technology made to the Aviation Subcommittee by John Rutty, a retired AA pilot. Rutty is among the pioneers of anti-blocking technology. After an April 2001 jumpseat flight from Baltimore to Dallas, the captain of that flight told Rutty, "It is certainly well past time that something be done about the issue of blocked radio transmissions. As I recall, we counted nine blocked transmissions on that flight alone."

Gary Yudell, another AAcaptain, related to Rutty, "I cannot remember a flight in the past few years when I have not heard the word ‘blocked’ on the active air traffic control frequency."

Yudell is skeptical of the benefits of controller-pilot data-link communications (CPDLC), especially in high-density areas where eyeballs need to be outside the cockpit, not riveted on the data-link display. "I’d rather depend on radios that pilots trust to let them know that a transmission was blocked," Yudell declared. (For more on the promises of data link, see "CPDLC and the Stuck Microphone" in the February 2000 edition [page 42] of this publication).

Rutty explains the problem: "A pilot who is transmitting has switched his radio transceiver from receive to transmit by activating the mike button. His aircraft is not receiving, and the crew is not hearing clearances or other messages while in the transmit condition or mode."

All too frequently, he adds, "the parties transmitting don’t realize their message was not received–an insidious condition, a possible loss of situational awareness." Rutty offers as a possible scenario the simultaneous readback of takeoff clearance from two aircraft starting their takeoffs at the same time on intersecting runways. "This has happened," Rutty intones.

An anti-blocking circuit can prevent a pilot from stepping on an ongoing voice transmission, allowing the other transmission to be completed, uninterrupted. The valid signal in the receiver is sensed and the switch or transfer from receive to transmit is inhibited. The pilot hears an audible beep, which tells him he is not transmitting and, by remaining in the receiver mode, the pilot for sure hears the incoming message, which otherwise would have been blocked.

Rutty believes there is a long history, going back to the Tenerife disaster, that amply underscores the need for anti-blocking technology to enhance safety and pilot/controller communications. Tenerife may be a somber reminder of the worst case, but Rutty points out that "there have been any number of close calls, near misses. We have been lucky."

ALPA’s Woerth asks, "Since anti-blocking technology has been available and affordable since the Tenerife accident, one must ask: Why have we not yet employed it in our cockpits and in air traffic control facilities?"

Even an intermediate step would help, Rutty suggests. An alerting beep on the controllers’ radios would make them aware that the outgoing message was "stepping on" an incoming transmission. The controller’s transmission would not be inhibited, but the controller would know that the dispatched clearance or the information is not being received by at least one aircraft on the same frequency. The beep would be like the "call waiting" sound on one’s home telephone (perhaps augmented by a visual signal). This alerting beep technology, Rutty hastens to add, "is not intended to replace the anti-blocking technology suggested for aircraft."

"Aircraft radios won’t be involved, only FAA controller radios. No new rules are needed," he asserts.

As a way out of the current impasse, Rutty has an "evolutionary solution" in mind:

First, evaluate and implement the installation of the alerting beeper device in FAA controllers’ radios. "This is suggested only for the controllers’ radios as a step that can be done immediately since there would be no rule change required," Rutty explains.

Second, issue a notice of proposed rulemaking (NPRM) calling for the installation of anti-blocking technology on a date certain in the near term. In 1994, the FAA published Technical Standard Order (TSO) C-122 for anti-blocking devices in radios. To date, however, there have been no retrofits by any U.S. carrier.

Third, require that anti-blocking technology be designed into future radios to preclude the necessity of having to retrofit this feature. This seems to be the case already. According to Jim Eck, director of the FAA product team for air-ground communications, next-generation radios already can meet Rutty’s call.

"The radio won’t transmit unless the frequency is free, and it has a ground-based override feature" for controllers, says Eck. This is all in the requirements. But there remains a need to solve today’s problem, and that’s where Rutty’s other recommendations become critically relevant.

Whenever there is a "recipe for disaster," isn’t the first step obvious? Remove one of the ingredients–in this case the electronic squeal of blocked radio transmissions. Besides, and this is a point that should cause embarrassed squirms in an industry where technology has pride of place, it’s time controllers and pilots were brought up to technological parity with the radios used by truckers.

David Evans is the award-winning editor of Air Safety Week. Comments can be sent via e-mail to devans@pbimedia.com. 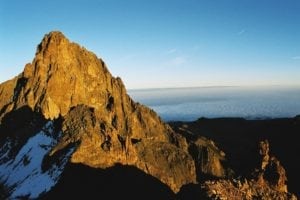 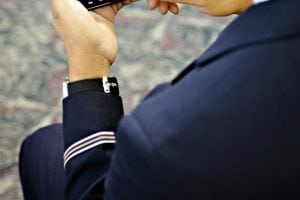