By the time you read this, progress toward the Next Generation Air Transportation System will be at or near some significant waypoints. The multiagency Joint Planning and Development Office (JPDO) facilitating NextGen planned to issue an Enterprise Architecture and an Integrated Work Plan, two of three documents considered foundational to the effort. The third, a Concept of Operations, was being revised from an earlier draft version.

The contract award for the ground infrastructure supporting Automatic Dependent Surveillance-Broadcast, costing an estimated $1.2 billion, was targeted for this summer. By summer’s end, JPDO will present the Office of Management and Budget with a business case defining NextGen research costs and responsibilities across member agencies, a document intended to inform 2009 budget submissions by those agencies.

The tab for NextGen also was coming into focus. JPDO estimates that federal spending on infrastructure will cost $15 billion to $22 billion through 2025. Airspace users will spend $14 billion to $20 billion to equip for performance-based requirements of the future airspace system. More immediately, FAA, the lead agency of JPDO, will require $4.6 billion to fund NextGen initiatives from FY2008 to FY2012.

There are other challenges. JPDO is operating with its third director, Charles Leader, in four years. The office continued working on a memorandum of understanding formalizing the relationship of participating agencies; the holdouts, which were expected to sign, were the departments of Defense and Homeland Security. FAA’s Air Traffic Organization, responsible for the NextGen roll-out, remained without a permanent head following the departure in February of Russell G. Chew. FAA Administrator Marion C. Blakey’s term expires in September.

NextGen was the subject of testimony before congressional committees in May. Gerald L. Dillingham of the Government Accountability Office (GAO) and Calvin L. Scovel, Department of Transportation inspector general, offered sobering assessments of the task at hand.

"FAA and JPDO continue to face a number of challenges in moving toward NextGen, including determining whether the organizations have the adequate and appropriate technical and contract expertise, managing and sustaining the current system, identifying who will conduct necessary research and development activities, obtaining stable leadership, conducting needed human factors research and ensuring the involvement of all key stakeholders," said Dillingham.

GAO is conducting a study of FAA’s performance on critical acquisitions, including the process of "rebaselining" or reestimating the cost and schedule of procurements that are exceeding targets. Sen. Patty Murray (D-Wash.) has taken issue with that, questioning "whether the agency is being honest with the system users, the Congress and taxpayers," when it rebaselines programs such as WAAS and still claims 97 percent of all programs are on time and budget. "Rebaselining acquisitions is an accepted practice and there can be valid reasons for doing so," Dillingham said. However, "because rebaselining resets the cost and schedule variances to zero... we want to verify that FAA’s practice is not masking acquisition performance problems and is providing full disclosure to the Congress."

Scovel said FAA must develop realistic NextGen cost estimates, quantify benefits and establish a road map for industry to follow. "FAA will not have a firm grasp on costs," he stated, "until it has a mature enterprise architecture and a NextGen R&D plan that clearly indicates the contributions of other agencies."

One key agency cannot be counted on for the same level of support as in the past. "The JPDO is looking to NASA to develop automated aircraft metering and sequencing and dynamic airspace reconfiguration — key elements of NextGen," Scovel said. Yet, "NASA is planning to spend less on aeronautical research than it has in the past and is restructuring its aeronautical research portfolio.... [I]t will be important for FAA and NASA to come to a clear understanding of the level of technical maturity that NASA projects will have."

At the Integrated Communications, Navigation and Surveillance Conference near Dulles Airport in May, Kris Burnham, division director of portfolio management with JPDO, said the NextGen transition has been divided into near, mid- and long-term periods called "epics." It seems an appropriate word choice. 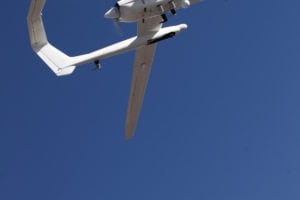 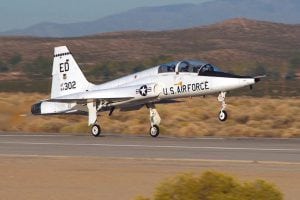 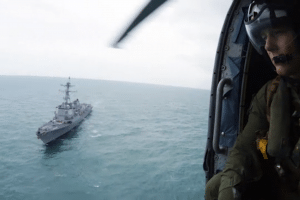