MCMURDO STATION, THE United States' outpost in Antarctica and flight hub for the white continent, is completing a communications upgrade that will make flights safer and air traffic control (ATC) less difficult.

McMurdo controllers use high-frequency (HF) because they need to be able to communicate with aircraft more than 1,000 nautical miles (nm) away. But McMurdo's 30-year-old HF system is maintenance-intensive and incompatible with new capabilities of the latest-generation HF equipment aboard U.S. Air Force and Air National Guard aircraft supporting the National Science Foundation's (NSF's) U.S. Antarctic Program (USAP).

Improved HF also will benefit ground-to-ground communications between McMurdo and scientific research parties traveling to and operating in remote areas of the continent.

Today, even satellite communication can't guarantee accessibility to aircraft at the ranges required in Antarctica. McMurdo is responsible for ATC, not only in its immediate area, but also throughout the Antarctic continent and in the Auckland (New Zealand) Flight Information Region (FIR), Golle says. Essentially, all flights to and from Antarctica and operating within the continent communicate through the McMurdo ATC center.

During the Antarctic "season" from September through February, regular air traffic runs between New Zealand and McMurdo--and that traffic is probably increasing, notes a SPAWAR engineer. The international research station located further south, at the South Pole, also is modernizing, and flights to that site typically are staged from McMurdo. NSF and SPAWAR are considering using the HF architecture chosen for McMurdo to upgrade U.S. communications at the South Pole, Golle says.

HF communications can be quirky at the best of times. Because the technology depends on ionospheric "bounce" for distance, radio communications may overshoot the intended receiver. The distance between transmitter and receiver and atmospheric conditions can affect communications.

Pilots and controllers now deal with the limitations of the current HF communications architecture through procedural guidelines. Aircraft flying from Christchurch, New Zealand, to McMurdo are required to establish positive radio communications with McMurdo by the time they reach the "point of safe return," halfway, or about 1,000 nm, Golle says. If the pilot can't establish communications, the aircraft "would just turn around and go back to its point of departure," he says. (The distance between Christchurch, where most McMurdo air traffic originates, and McMurdo is about 2,100 nm.)

"If a flight has to turn around, that becomes an expensive cancellation," Golle says. "If it happens once, that's more frequently than NSF would like." The U.S. Air Force and Air National Guard support the NSF with LC-130s, C-17s and C-141s for service to McMurdo. Flights from New Zealand take from five to eight hours, depending on the aircraft type. The mean monthly temperature at McMurdo--which is downright tropical compared to the interior--ranges from -3° C (27° F) in January to -28° C (-18° F) in August. Winds may gust at more than 100 miles per hour.

Under the current architecture, it's possible for controllers to miss calls. If an aircraft attempts to contact McMurdo on a secondary frequency because it is unable to get through on the primary frequency, there is no guarantee that McMurdo will be listening, Golle explains. The new architecture will change that and improve flexibility, reliability and safety.

"We were able to parlay technology and the selection of equipment to give [the McMurdo center] the ability to monitor multiple frequencies simultaneously," Golle says. For air traffic control, there will be a primary frequency and several backup frequencies. Controllers will be able to change the transmit frequency to match the receive frequency. The new HF system reduces the potential for mission cancellation.

Instrumental to the new architecture is a voice switch customized by CML ATC. The switch, based on the company's off-the-shelf Liberty-STAR model, allows controllers to shift automatically to the frequency on which an aircraft is transmitting by means of a computer touch screen. ARINC directed modifications to the CML ATC voice switch in order to add HF capability and frequency diversity, the ability to monitor multiple frequencies simultaneously. Under certain circumstances, a controller will be able to talk to several aircraft simultaneously, Golle says. Theoretically, there could be as many as four planes calling McMurdo at once, and McMurdo would be able to hear all four parties, he adds. The McMurdo system also keeps in memory the last three frequencies used, so the controller can shift to an earlier channel if the situation warrants, says Pierre Dick, CML ATC project coordinator.

A CML ATC voice communications system with up to 13 positions--each with a touch screen--will be installed in various areas in and around McMurdo, Golle says. These include:

The modified voice switch and ARINC-designed remote control equipment allow operators to select a frequency and an antenna based upon the HF frequencies monitored. Via the touch screen, the operator sends a message to the ARINC controller, a critical component that selects a desired frequency and the associated directional or omnidirectional HF antennas.

ARINC developed McMurdo's remote control gear based on its design for the U.S. Federal Aviation Administration (FAA) of HF communications stations in New York and Hawaii, which communicate with aircraft over the North Atlantic and North Pacific. The ARINC boxes, with modified software, "translate voice switch signals into protocols compatible with the HF transmitters and receivers," Golle explains. Controllers are located at the HF transmit and receive sites.

This is a task in itself, as the voice switches and HF transmitters are housed in separate buildings at McMurdo and the HF receivers are 20 miles (32 km) away. The CML ATC switches will connect with the ARINC controllers at the transmit site via phone lines and at the receive site by microwave relay.

"We actually send messages to the radio control system to change the radio frequency, change the antenna," says Robert Hawley, CML ATC's Liberty-STAR product manager. The voice switch also will enhance operator coordination for larger systems, he says. Radio operators also will be able to avoid having to listen to the continuous background noise or static that is common to HF, Golle says.

The voice switch is like a "specialized PBX," but for radios, Hawley says. "Communications assets are brought into the system and the voice switch controls how those are presented to the controller or operator." A lot of fine-tuning is still to be done, however. "Up to this point, no one has dealt well with voice switching systems for larger systems."

The voice switch consists of hardware--the computer-based touch screen and the components that bring together the various communications channels--and the software that runs the system. CML ATC plans to make its first and only trip to Antarctica in the fall.

50Mbps In-Flight Connectivity Could be Available Within a Year 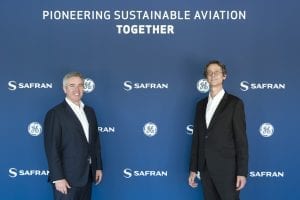