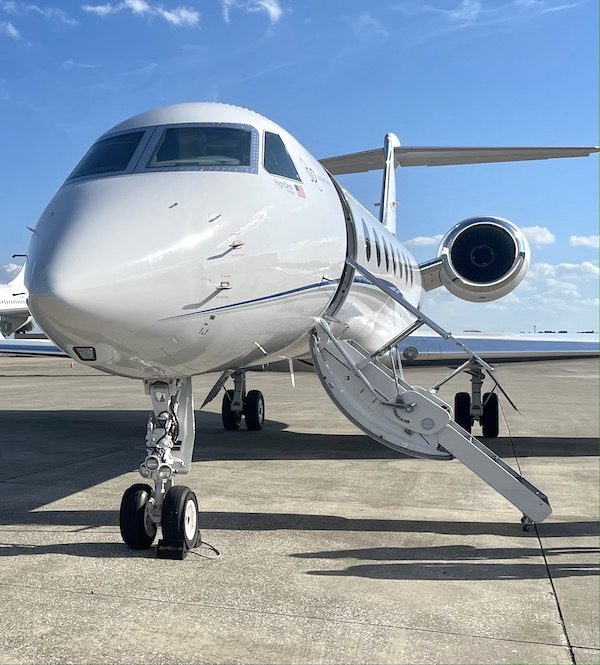 Ahead of the 2022 NBAA Business Aviation Convention & Exhibition (NBAA-BACE), Satcom Direct (SD) invited Avionics International and several other aviation publications on a media demonstration flight of a Gulfstream G550 equipped with their new Plane Simple antenna.

Plane Simple is a Ku-band system first launched on several Gulfstream aircraft models earlier this year. Components necessary to enable Plane Simple include two line replaceable units: the 12-inch tail-mounted antenna and a separate modem that sits inside of a unpressurized part of the aircraft cabin’s fuselage.

As one of SD’s engineers explained during the flight, we were connecting to Intelsat’s FlexExec network via the Plane Simple antenna system installed on their G550.

The Plane Simple antenna’s performance is currently being monitored by the company as part of an entry into service evaluation program.

SD tracks the performance of the system on several in-service Gulfstream aircraft with a focus on monitoring trends in routes that feature more frequent drop-offs and failed connections. Commercial introduction of Plane Simple is expected to occur before the end of this year.

Around 3 PM on Sunday, October 17, we arrived at the Signature Aviation FBO at Orlando International Airport where SD’s G550 pilots, engineers, and executives were waiting to board their Gulfstream G550 business jet.

During the flight, between six other journalists, several representatives for Satcom Direct, and myself, there were 45 total devices connected to the FlexExec network during the flight. Those devices consumed 3.175 gigabytes of data.

My application of choice for the flight was FuboTV, a New York-based streaming service that broadcasts professional sports from all over the globe. I chose to watch my favorite live television show at the moment, NFL RedZone.

As you can see in the brief video below, I was able to catch some live NFL games at 21,000 feet. RedZone switches between games based on how close teams are to the end zone.

Toward the end of the video, the broadcast started to buffer slightly and eventually resumed.

Live streaming radio and video from Spotify, Apple Music, and YouTube were also accessible during the flight.

I also live-streamed a few minutes of the flight from Twitter and received a reply Tweet from someone who was also connected to Intelsat!

While there were some points where FuboTV was buffering and I was unable to connect in some portions, overall, the system showed it is capable of supporting live streaming, messaging, and other bandwidth-intensive applications—even with 45 total devices connected! 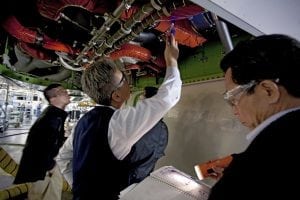 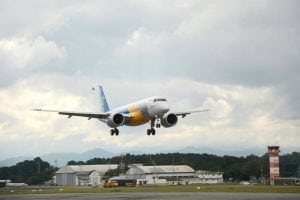