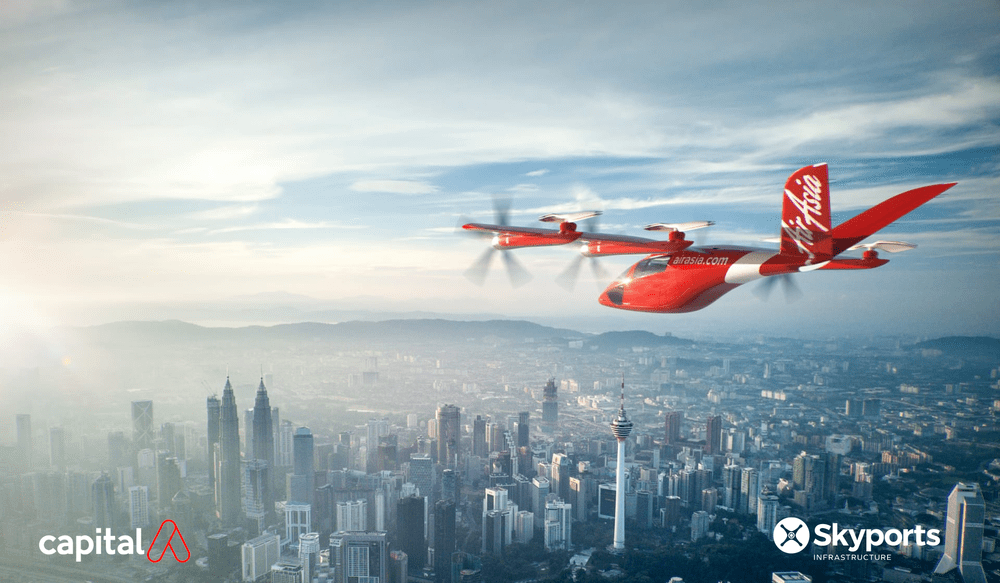 AirAsia has signed a one-year partnership with Skyports to study the feasibility of deploying eVTOL infrastructure in Malaysia. (Photo courtesy of AirAsia)

AirAsia has taken its latest step toward the future development of electric vertical take-off and landing (eVTOL), signing a letter of intent (LOI) with Skyports to deploy air taxi infrastructure in Malaysia.

The partnership between Capital A Bhd.'s low cost airline subsidiary and Skyports comes following AirAsia's launch of an Advanced Air Mobility (AAM) division and commitment to leasing 100 VX4 eVTOL aircraft from Avolon in February. Skyports, the London-based eVTOL infrastructure developer, has included a one-year partnership in the LOI where it will partner with AirAsia on feasibility studies for the deployment of eVTOL vertiports in Malaysia.

As part of its leasing agreement signed with Avolon in February, AirAsia also launched an Advanced Air Mobility division, which the airline says has tasked with establishing commercial applications for eVTOLs, drones and other emerging technologies. The division has also launched a drone pilot training program under a Certificate of Approval (COA) received from the Civil Aviation Authority of Malaysia (CAAM) in January.

Avolon's eVTOL leasing agreement with AirAsia is the result of an order for 500 VX4 eVTOL aircraft from Vertical Aerospace placed by the Ireland-based aircraft leasing company last year. 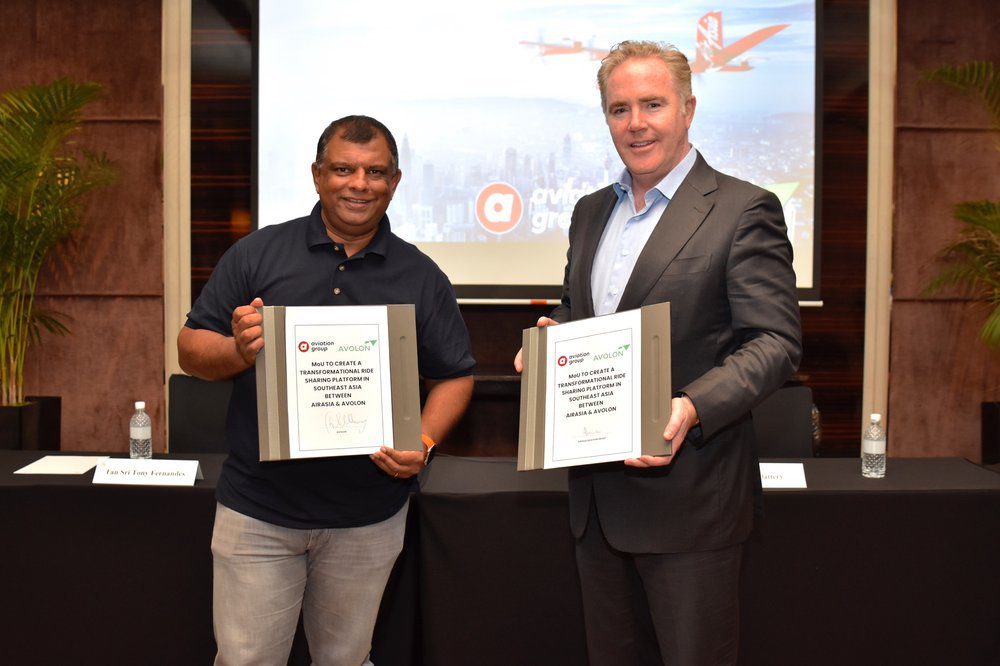 Tony Fernandes, CEO of Capital A, on the left, and Dómhnal Slattery, CEO of Avolon, signed a leasing agreement for 100 VX4 eVTOL aircraft in February. (Photo courtesy of AirAsia)

Malaysia's capital city, Kuala Lumpur, will be the initial focus of the eVTOL infrastructure study conducted by AirAsia and Skyports.

“Following the announcement of our venture into the urban air taxi service earlier this year, we have been working around the clock to explore its feasibility in Malaysia," AirAsia Head of Advanced Air Mobility, Captain Ling Liong Tien, said in a statement. "This partnership with Skyports will accelerate the review of the infrastructure including vertical take-off and landing platforms in the country as well as strengthen our potential as a zero-emissions ultra-short-haul air travel provider in Southeast Asia."

Skyports has continued to pursue partnerships with key eVTOL aircraft makers, airlines, and air navigation service providers in different cities and countries across the globe this year. The eVTOL infrastructure startup is one of the companies participating in the U.K. government-funded Advanced Mobility Ecosystem Consortium that has been awarded a £9.5 million grant to develop the "essential building blocks" of an AAM ecosystem in the U.K.

Embraer's Eve Urban Air Mobility (UAM) subsidiary and Skyports are also part of a consortium that includes L3Harris to develop a concept of operations for future eVTOL infrastructure to be deployed in Miami.

"This partnership highlights the steady progress of AAM development and interest in Malaysia and the wider APAC region," Tay said. 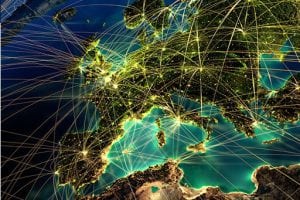