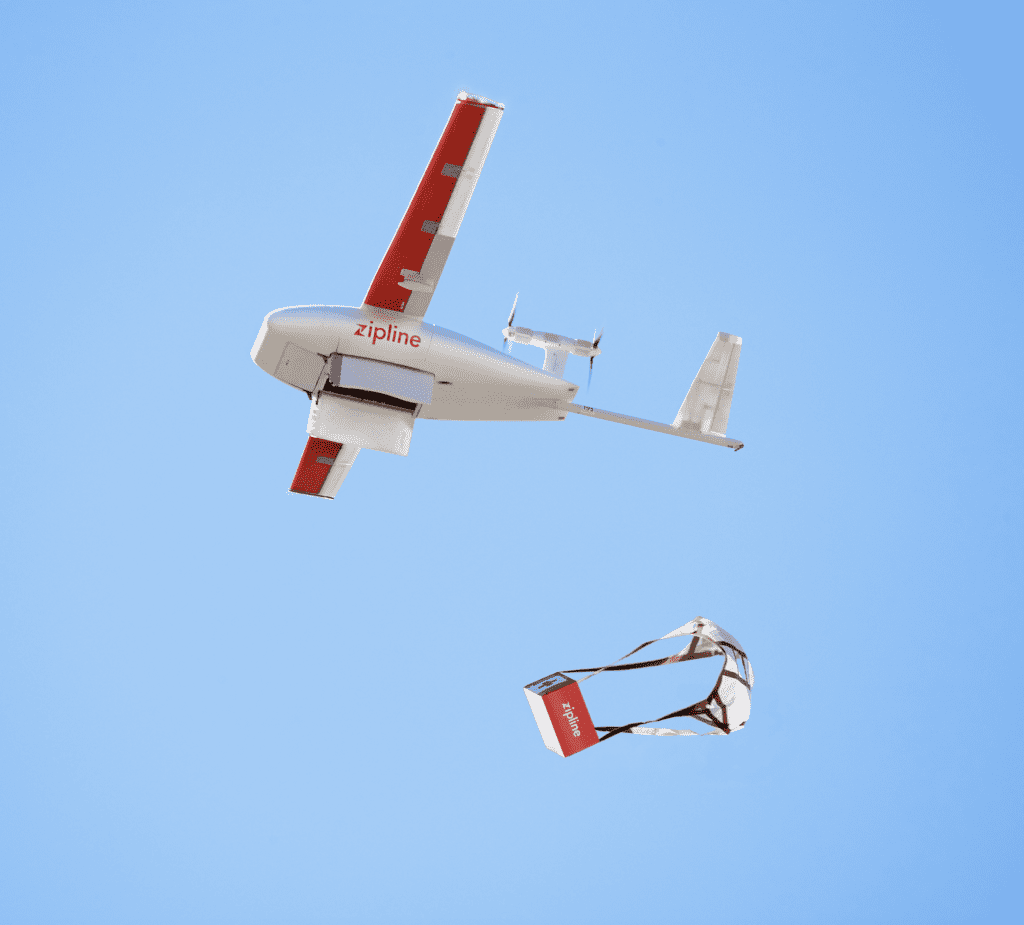 Zipline is partnering with the Government of Rwanda to add new drone delivery sites throughout the country. (All photos provided by Zipline)

Zipline’s drones are autonomous and are powered by rechargeable electric batteries. They utilize an onboard acoustic-based detect-and-avoid system to enable safe autonomous flights. Each mile of a Zipline drone flight creates roughly 30 times less CO2 emissions than the average electric vehicle, the company estimates.

Zipline already operates at a national scale in Ghana and Rwanda, performing deliveries of medications, medical supplies, and other items to thousands of health facilities. Zipline has distribution centers in Muhanga and Kayonza. The company is responsible for delivering 75% of Rwanda’s blood supply outside of Kigali.

The company has also established a distribution center in Kannapolis, North Carolina, and conducts deliveries of special medications via drone for two healthcare organizations in the state.

Within the new partnership agreement, the Government of Rwanda expects to add new sites in rural and urban locations for drone delivery and subsequently triple delivery volumes in the country. Rwanda also plans to open up Zipline’s logistics and delivery system for use by other government entities. 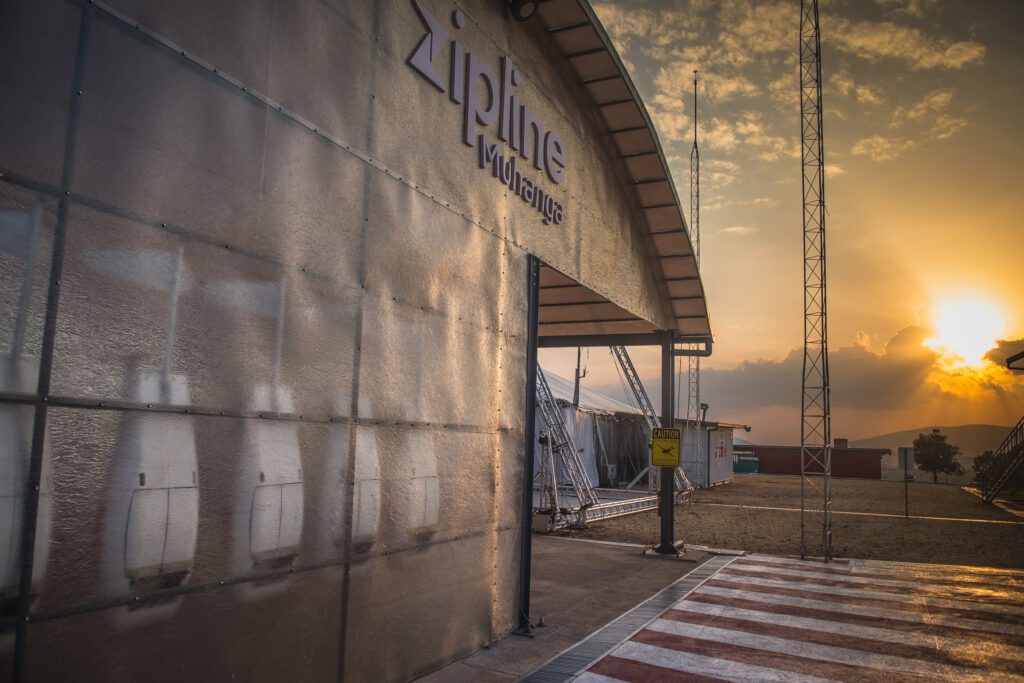 Clare Akamanzi, Chief Executive Officer of the Rwanda Development Board, commented on the agreement with Zipline, saying, “We will be incorporating Zipline into many aspects of our national operations from providing a reliable healthcare supply chain, to addressing malnutrition, to creating an unforgettable eco-tourism experience. Rwanda is an innovation hub and we’re thrilled to be the first country in the world to launch a national drone delivery service.”

“Instant logistics has saved thousands of lives and is solving some of the world's most important problems—hunger and malnutrition, road congestion and environmental pollution, and lack of access to healthcare,” remarked Daniel Marfo, Senior Vice President and Head of Zipline’s Africa business and operations. 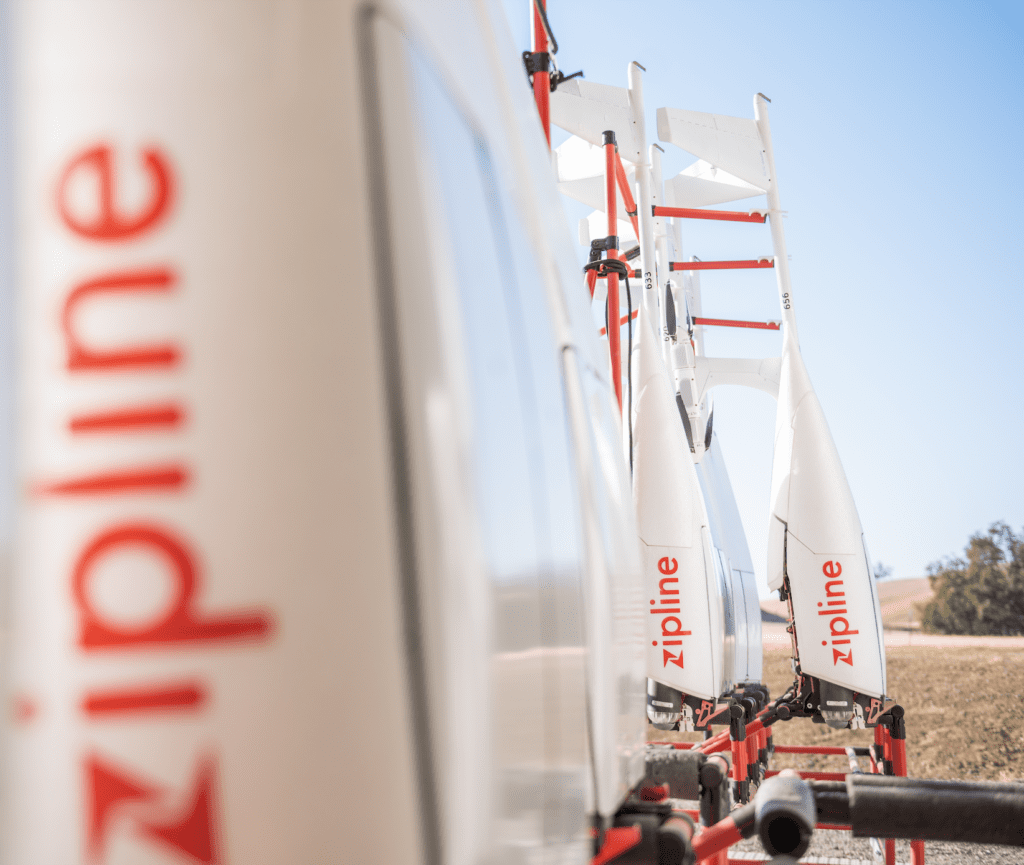 "Zipline currently operates on three continents and completes an instant delivery on behalf of businesses and governments every two minutes."

In July 2022, Zipline shared news of a partnership with MultiCare Health System to launch commercial drone delivery operations in Tacoma, Washington. They expect to start operations in 2024. The company also has plans to deliver specialty pharmaceuticals to patients in or near Salt Lake City in partnership with Intermountain Healthcare.

The drone delivery company announced that the Federal Aviation Administration awarded it a Part 135 Air Carrier Certificate in June. This certificate allows Zipline to perform the longest-range on-demand commercial drone deliveries in the U.S.