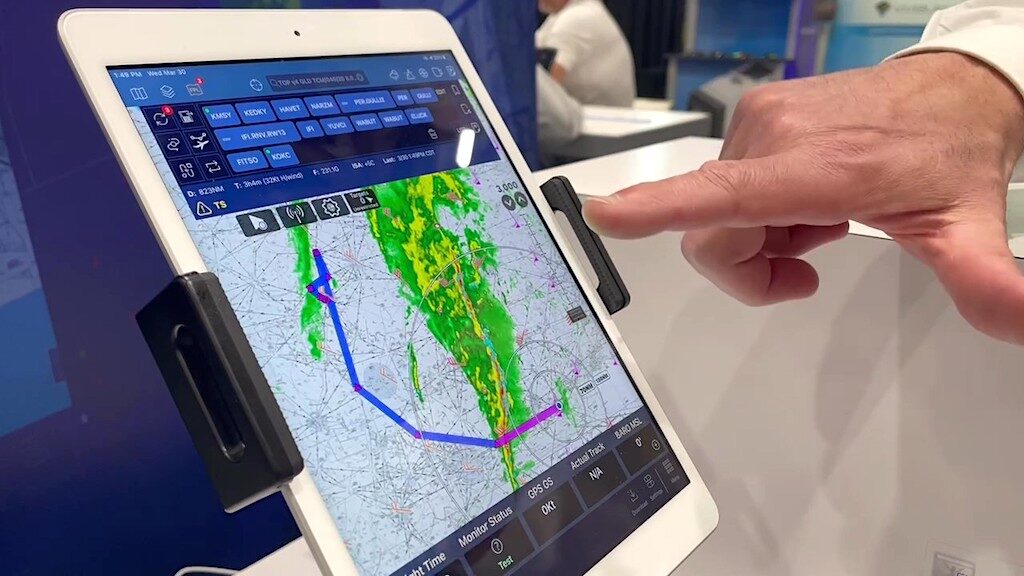 The new “Connectivity Ecosystem” technology from Universal Avionics that gives pilots the ability to connect their iPads to their flight management system (FMS) could see its first passenger-carrying flights this year, according to a demonstration of FlightPartner and FlightReview provided to Avionics International during last week’s Aircraft Electronics Association (AEA) convention in New Orleans.

Universal Avionics first launched its new connected FMS technology as the cloud-based FlightPartner and FlightReview “Connectivity Ecosystem” iPad applications during the 2021 National Business Aviation Association (NBAA) conference and exhibition. Both iPad apps are hosted on a secure data cloud maintained by the Arizona-based avionics maker and are capable of two-way communications, data collection, and uploading and downloading of FMS and other avionics systems data.

FlightPartner is the more pilot-centric of the two applications, allowing pilots to build and file a complete flight plan on their iPad, upload it to the FMS upon aircraft power-up, and dynamically alter it throughout the flight. The application is also capable of managing navigation or synthetic vision system database updates for the FMS.

Jean-Marie Bégis, director of product management and partnerships for Universal Avionics, provided a demonstration of how pilots can also use FlightPartner to send re-routing updates wirelessly to the FMS directly from their iPad using a tablet and FMS at their booth at AEA. Based on flight planning actions performed by the pilot, such as pre-populating the flight plan with winds and temperatures aloft, the app delivers updated flight plan trajectory and routing data to the FMS before and during the flight.

When flight plan changes are entered directly into the FMS by the pilot, whether to avoid a storm or due to an air traffic controller request, the app—which is tightly coupled to the FMS navigation data—is automatically updated. Aircraft that are equipped with high-speed connectivity also give FlightPartner the ability to optimize and re-route the trajectory of the aircraft based on weather, turbulence, and other flight environment updates. 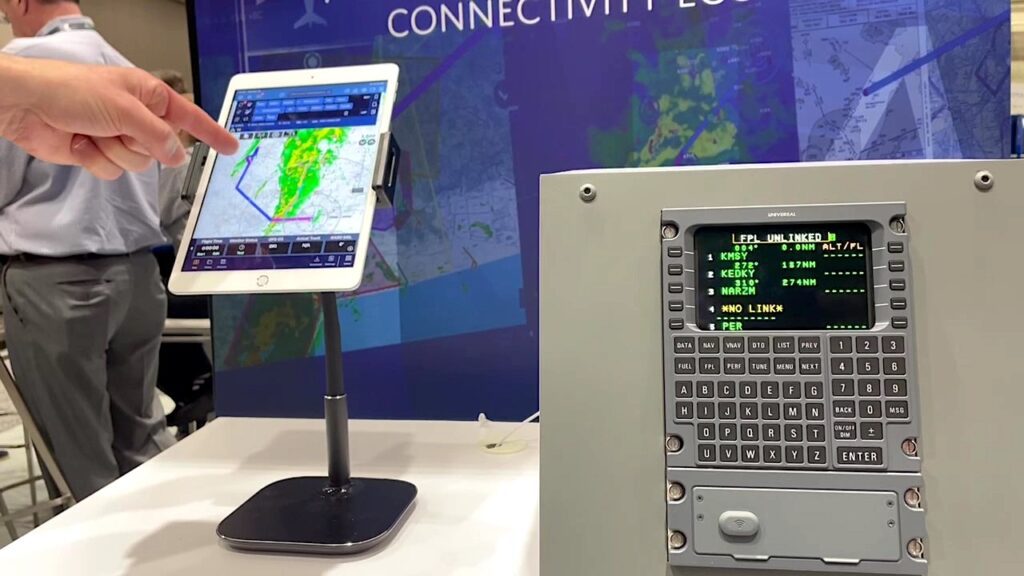 "You don't need connectivity on the aircraft to connect the iPad to the FMS," Bégis explained. "The two-way communication with the iPad is through Wi-Fi."

When an update is sent to the FMS from the iPad, a notification appears on the FMS display that the pilot must accept or reject in order to authorize an update to the route that the aircraft is following.

"It's ring-fenced for safety critical avionics systems," Marc Bouliane, vice president of business development for Universal Avionics, said during the demonstration. "It's not an exchange of a password or anything like that, the FMS must recognize the QR code provided by the iPad when a re-route or other update is submitted wirelessly. That QR code is how the iPad provides its credentials to the FMS. If it doesn't see that QR code, then you cannot access the network."

How was UASC able to give its existing Wide Area Augmentation System (WAAS) FMS the ability to communicate with iPads over Wi-Fi? The centerpiece of this connected FMS enablement is the company's Solid-State Data Transfer Unit (SSDTU) that has an Ethernet databus connection linking it to the FMS, flight data recorder, communications management unit, terrain awareness and warning system, and all of Universal's other flight deck components. The SSDTU, which also has Universal Serial Bus (USB) and Secure Digital (SD) media ports, acts as a centralized uploading and downloading center for database and other system data uploads and updates transmitted to and from FlightPartner and FlightReview—the other new iPad app that also communicates with aircraft systems.

Working in tandem with FlightPartner is FlightReview, the more maintenance-focused of the two applications that collects flight operational and avionics systems performance data exchanged between the FMS and the iPad and uploads it to the Universal Avionics "cloud-based infrastructure." Once the data is uploaded to the cloud, authorized maintenance and flight department personnel can remotely review data that has already been collected after a flight or access a live-view of how individual systems are performing in-flight.

The connected FMS concept enabled by Universal Avionics is similar in functionality to advancements developed by other avionics manufacturers that have enabled similar wireless tablet-to-FMS connectivity in recent years. In the June 2019 edition of Avionics International Magazine, for example, we provided an overview of connected FMS technologies developed by Honeywell Aerospace and GE Aviation. The focus for Honeywell was allowing for filed flight plans to more easily be transferred from an iPad application to the FMS without manually entering them. GE's connected FMS also allows for dynamic flight plan optimization while en route with a focus on exploiting connectivity for weather and other updates.

Universal’s Bégis said that the initial focus for the company is to enable its new connected flight deck concept for operators with FlightPartner and FlightReview. However, eventually they want to incorporate third-party flight planning applications.

"We don't need to recreate or reinvent everything; this new connectivity ecosystem is being developed to enable third party applications. This way we can start bringing in flight plans from those most used and reputable third-party applications," Bégis said.

Bouliane confirmed that Universal has secured a launch customer for its new connected FMS technology, an unnamed airline. The company expects to start performing its first connected FMS installations and upgrades by this summer, which means it could start being operated on passenger carrying flights later this year. 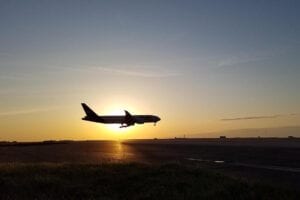 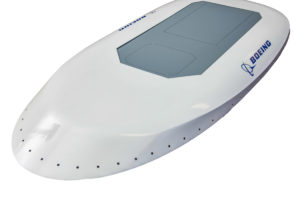 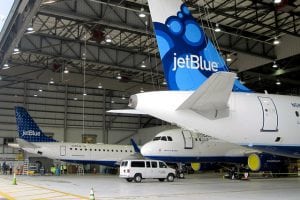