Mesa Air Group has an order agreement to purchase four Flirtey Eagle drones, with the option to purchase an additional 500. (Flirtey)

Mesa Air Group has become the first scheduled U.S.-based airline to launch a commercial drone delivery service, according to an Oct. 21 announcement.

The Phoenix, Arizona-based Mesa Air Group — a holding company of Mesa Airlines — signed an agreement with unmanned aircraft systems (UAS) manufacturer Flirtey for a firm order of four of its electric-powered Flirtey Eagle drones. Under the agreement, Mesa has the option to order an additional 500 aircraft.

"Mesa is excited to partner with Flirtey to become the first scheduled airline to launch drone delivery in the U.S. Drone delivery is a huge market and it's here now. This is the future of small package last mile delivery," Mesa Chairman and CEO Jonathan Ornstein said in a statement.

Mesa and Flirtey have formed a partnership as part of their purchase order agreement, where the two companies will initially focus on the last-mile food delivery industry to fulfill Mesa's desire to move into the global food services market. One immediate goal of the partnership is to operate commercial drone deliveries for last-mile food and beverage options in the U.S..

Eventually, Flirtey and Mesa want to pursue expansion of their drone delivery service to more locations throughout the U.S. and New Zealand. Flirtey has conducted over 6,000 drone delivery flights in U.S. airspace, while Mesa will leverage its operational experience currently managing approximately 450 daily departure routes in the U.S.—as a regional subsidiary performing flights as either American Eagle, United Express, or DHL Express.

The Flirtey drone order marks Mesa Air Group's latest effort to embrace new and innovative aviation technologies this year. In February, the regional carrier was part of a partnership formed between United Airlines and Archer Aviation for the purchase of 200 of Archer's Maker eVTOL aircraft. Several months later in July, alongside Breakthrough Energy Ventures and United Airlines Ventures, Mesa announced plans to add 100 of the all-electric ES-19 aircraft being developed by Heart Aerospace to its feet.

Mesa has not specified a timeline as to when and where the airline plans to launch its new drone delivery service. 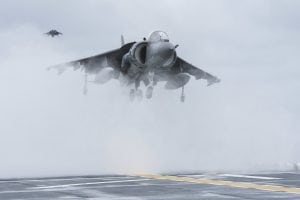 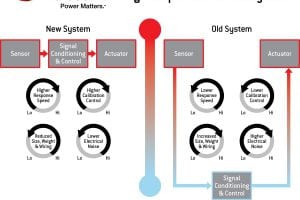