[Avionics Today 03-02-2016] Similar to the trend in the evolution of cockpit avionics Communications, Navigation and Surveillance (CNS) capabilities over the last decade, helicopter broadband connectivity is still behind the fixed-wing market in terms of reliability, high data rates and providing a true connected experience for pilots and passengers. However, as Honeywell Aerospace has shown at the 2016 Helicopter Association International (HAI) Heli Expo conference this week, new Wi-Fi and satellite-based technologies are making the concept of the connected helicopter more of a reality.

Helicopters have historically always had issues obtaining reliable uninterrupted satellite signal connectivity because of the disruption caused by the spinning rotor blades while airborne. At Heli Expo 2016 Honeywell unveiled a solution to combat this problem: its upgraded Aspire 200 system.

"Prior to our development of high data rate in Aspire, the rotor blockage caused a significant data loss. We are able to overcome that now using long burst interleaver technology we developed with Inmarsat that enables the [Radio Frequency] RF and energy to go bi-directionally to the satellite and the rotorcraft," Tim Roberts, a senior technical sales manager for satellite communications systems at Honeywell Aerospace told Avionics Magazine.

According to a white paper on helicopter satcom technology published by Honeywell, the need to develop an enhanced helicopter satellite communications system was created when an executive transport helicopter operator approached the company with a request for a reliable connectivity system that could overcome the interference caused by rotor blades. Specifically, the operator was seeking a system capable of transmission speeds of up to 400 kilobits per second (Kbps) on a Finmeccanica AW139.

"Aspire 200 allows 750 kilobit communication through the rotorblades, uninterrupted and it's going to be rolled out first on the AW139 and then to multiple other helicopters," he added.

It has also been designed with a forward-looking focus, as aviation satellite communications and connectivity technology has evolved more rapidly in the last two  to three years than any other form of onboard aircraft technological capabilities. To address that trend, the Aspire 200 system features common interfaces with flexible installation options.

While there have been satellite-based connectivity solutions developed for helicopters in the past, the capabilities have been extremely limited. The use of broadband technology for operational benefits and passenger connectivity also is just not as wide spread yet for oil and gas operators, air ambulance operators and other segments of rotorcraft operations as it is for the connected fixed-wing aircraft community. Companies such as Gogo, Panasonic Avionics, ViaSat and others have introduced and announced research and development on innovative uses of the three forms of air-to-ground, satellite-based and cellular connectivity for operational and passenger use of connectivity in recent years. Helicopter operations, on the other hand, have no dedicated air-to-ground networks, and while helicopters operating at lower altitudes can obtain some cellular connectivity, it’s simply not reliable enough, especially for mission critical applications.

But that is quickly changing. As Honeywell and its competitors see an increased demand for uninterrupted connectivity in the rotary wing market, they will continue to develop new solutions. For example, while going through the Supplemental Type Certification (STC) process in 2015, Honeywell mentions in the white paper that the VIP operator’s pilots and executive passengers tested the system for real world applications.

“During the tests, the executive onboard was able to send and receive PowerPoint presentations, make phone calls, send text messages and surf the web. When using HDR, average data speeds during the tests were 450 Kbps. In the cockpit, the pilot tested voice and data transmissions, and the resulting data rates were on par with those seen in fixed-wing business jets, demonstrating that the Honeywell software had overcome problems inherent with helicopter rotorwash,” Honeywell states in the white paper.

Moving forward, the goal for Honeywell is to certify the system on additional platforms for other segments of helicopter operations, such as Helicopter Emergency Medical Service (HEMS), Law Enforcement, Oil and Gas, and Search and Rescue (SAR). During Heli Expo 2016, Honeywell announced a new agreement with Safran Engineering rovide design engineering, certification services and installation program management associated with the Aspire 200 installation on various rotorcraft platforms. Safran Engineering Services will provide end-to-end service to obtain FAA, EASA and potentially other foreign authority certifications, including engineering and certification development, conformity rotorcraft identification, labor installation, and performance of all required ground and flight testing, according to Honeywell. 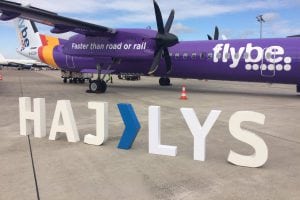