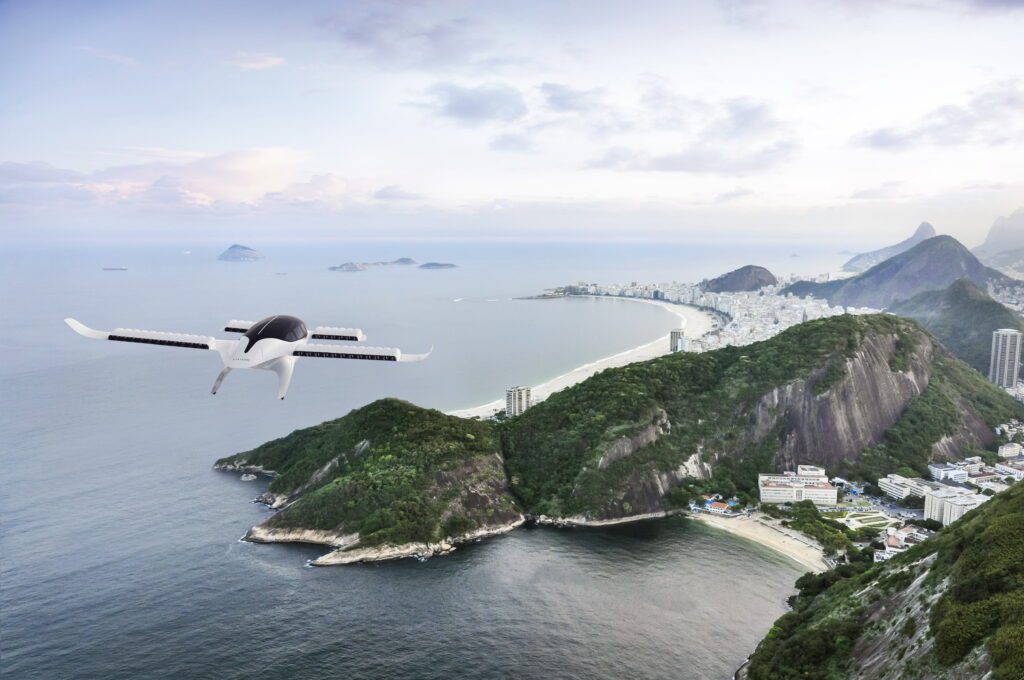 Lilium is expanding operations to Brazil with a new partnership with Azul. (Lilium)

Lilium will be taking its electric air taxi network to Brazil with a new partnership with Azul S.A., a Brazilian airline, that includes a purchase order totaling $1 billion, the company announced on August 2.

The new partnership will build an exclusive network for Lilium’s electric vertical takeoff and landing (eVTOL) aircraft, according to the release. Lilium’s eVTOL, the 7-Seater Jet, will be a zero-emissions aircraft designed for regional air mobility with ranges between 40 kilometers and 200 kilometers.

“Azul has brought convenient and affordable air travel to underserved markets across the Americas and this makes them an ideal partner for Lilium,” Daniel Wiegand, Co-Founder and CEO of Lilium said in a statement. “We’re excited to work with Azul’s seasoned team to deploy a co-branded eVTOL network in Brazil.”

Through the partnership, Azul will receive 220 of Lilium’s aircraft to operate and maintain on the network created by the two companies, according to the release. The companies expect the network to start operations in 2025. Lilium hopes to have certification from the U.S. Federal Aviation Administration (FAA) and European Union Aviation Safety Agency (EASA) in 2024 through the Bilateral Aviation Safety Agreement (BASA).

“Azul is the largest domestic airline in Brazil in terms of cities served and daily departures,” John Rodgerson, CEO of Azul, said in a statement. “Our brand presence, our unique route network, and our powerful loyalty program give us the tools to create the markets and demand for the Lilium Jet network in Brazil. As we did in the Brazilian domestic market over the last 13 years, we look forward to again, now with the Lilium Jet, working to create a whole new market in the years to come.”

Lilium will be responsible for providing aircraft health monitoring and replacing batteries and spare parts on the aircraft, according to the statement. Lilium recently announced a partnership with CUSTOMCELLS to manufacture batteries for its eVTOL. The company will also provide support while receiving regulatory approvals in the country.

“Since Azul’s founding 13 years ago, the Brazilian aviation market has doubled with Azul capturing almost 60% of the growth,” David Neeleman, Chairman of Azul, said in a statement. “We know how to create and grow new markets, and once again we see huge market opportunity by bringing the Lilium Jet to Brazil.”

Lilium also announced the two appointments to its board of directors: Gabrielle Toledano, COO at Keystone Strategy LCC, and Henri Courpron, founder and chairman of plan view partners LLC, according to the release.

“Emissions free aviation is not a matter of 'if' but 'when'. With a unique design, Lilium is bringing together new ideas and talent with proven executives and technology under Daniel’s vision and leadership,” Courpron said in a statement. “I am delighted to have been invited to pass my decades of experience along to the next generation of innovators and leaders in aviation.” 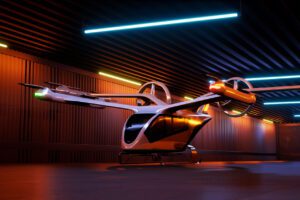