[Avionics Today 09-08-14] The City of Atlanta Department of Aviation has renewed its contract with Saab to expand the Aerobahn airport surface management platform already in place at the Hartsfield-Jackson Atlanta International Airport (ATL), which has been named the world’s busiest airport every year since 2000 according to the Airports Council International (ACI). ATL hopes its new airport surface management platform will “further enhance collaboration and efficiency” at the heavily traveled airport according to a statement put out by Saab.

The new functions added to ATL's Aerobahn Surface Manager (SMAN) — in service since 2010 — include an extended range display that provides a National Airspace System (NAS)-wide view of all inbound and outbound ATL flights as well as real-time flight cancellation notification and reporting, which gives users up to two days advance notice of cancelled flights.

On the ground, the Aerobahn Vehicle Tracking system at ATL will incorporate portable Wi-Fi hotspots to enable vehicle operators to access Aerobahn's real-time view of airport activity and enable expanded vehicle data collection. Aerobahn is also capable of displaying vehicles equipped with ADS-B or Mode S transponders in addition to Saab’s custom tracking devices on an integrated aircraft and vehicle display, and will be adding other tools to increase operational performance at the highly popular airport. 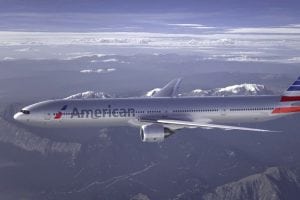