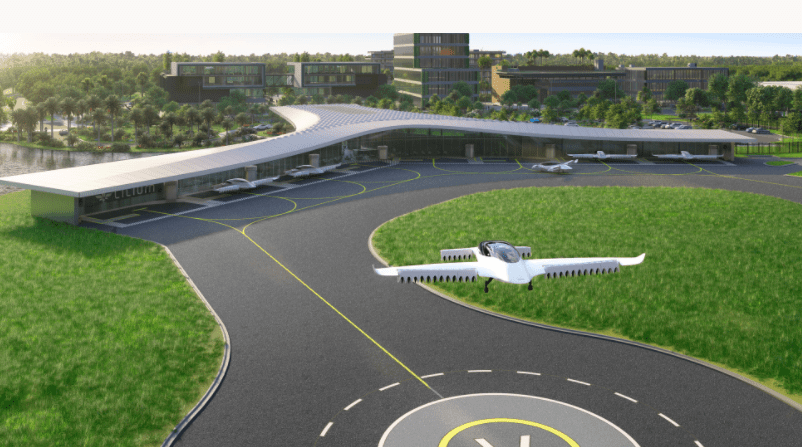 Lilium and Tavistock Development Company formed a partnership with the City of Orlando in November 2020 to build an eVTOL network in Flordia including a vertiport at Lake Nona. (Lilium)

Air taxi companies are calling on Congress to include eligibility for electric aircraft charging infrastructure in the bipartisan infrastructure bill currently being negotiated by Congress and the White House.

In a July 13 letter addressed to Chuck Schumer, Nancy Pelosi, Mitch McConnell, and Kevin McCarthy, 19 companies asked for consideration as negotiations of the bill progress.

“Both Congress and the Administration correctly recognized the need to invest in electric vehicle charging infrastructure to reduce transportation emissions and improve mobility,” the letter states. “Many communities, airports and companies plan to incorporate electric aircraft as part of their green transportation strategies. We, therefore, respectfully request that infrastructure legislation include eligibility for the deployment of electric aircraft charging infrastructure.”

The first eVTOL aircraft could receive certification from the Federal Aviation Administration (FAA) as soon as 2023 and companies like Joby and Lilium have expressed interest in deploying commercial launches in 2024.

“While ground-based electric vehicles are already in the market, up to zero-emission aircraft should be widely available to move travelers and freight within the next few years,” the letter states. “Aviation electrification reduces sector emissions, enables new use cases and allows for infrastructure sites closer to where people live and work allowing for urban and regional flight options in congested cities and underserved rural communities.”

The letter stresses the importance of charging infrastructure in the success of the air taxi industry’s goals.

“To make zero-emission, high-speed urban and regional air mobility a real transportation option, it is critical that electrification and charging infrastructure funding and financing programs include aviation application eligibility,” the letter states.

So far, the majority of infrastructure-related activity in the eVTOL industry has been occurring privately through industry investments and partnerships. Some of the companies who signed onto the letter have formed these partnerships. Lilium and Tavistock Development Company formed a partnership with the City of Orlando in November 2020 to build an eVTOL network in Florida including a vertiport at Lake Nona. Eve Urban Air Mobility and Skyports also have a previous partnership together to develop eVTOL operations. Joby Aviation announced an infrastructure partnership in June with REEF Technology and Neighborhood Property Group, who are not included in the letter. 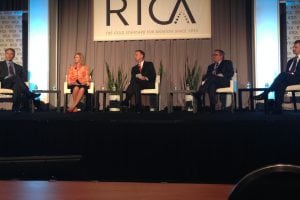