Check out the July 26 edition of What's Trending in Aerospace, where editors and contributors for Avionics International bring you some of the top headlines and stories across various segments of the global aerospace industry that you should be aware of for the week ahead.

The FAA is planning on issuing a Notice of Proposed Rulemaking (NPRM) for an Airworthiness Directive (AD) affecting the Boeing 737 MAX “in the near future,” the agency said in a July 21 statement published on its website.

A 45-day public comment period is being planned along with the NPRM to allow for feedback on proposed design changes and crew procedures that have been established in response to the Lion Air and Ethiopian Airlines.

According to the FAA, a number of key steps remain to eventually return the MAX to passenger carrying service, including a final review by the the FAA’s Flight Standardization Board (FSB) and the Joint Operations Evaluation Board (JOEB). Both boards are tasked with reviewing proposed training for flight crews.

The FAA will also publish a final FSB report after the close of the public comment period, and will work with their multi-agency technical advisory board to review Boeing’s final design documentation as well. Next, the agency will issue a Continued Airworthiness Notification to the International Community (CANIC) and a final Airworthiness Directive (AD) to operators providing final corrective actions needed prior to re-entering the aircraft into service.

Finally, the FAA will rescind the grounding order and review and approve new training programs for 737 MAX operators. 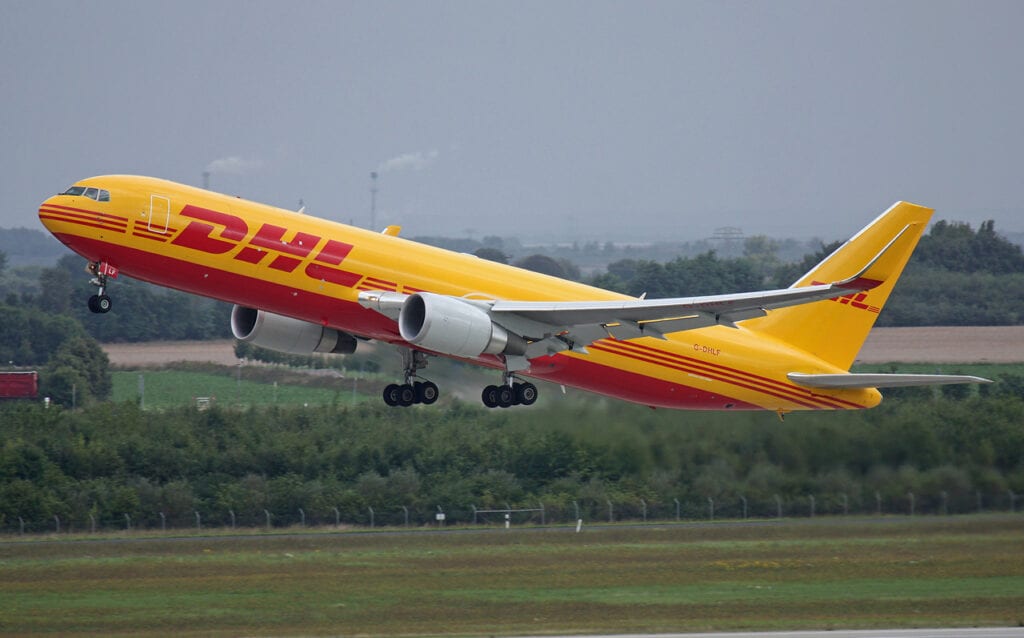 DHL Express is adding four 767-300 Boeing Converted Freighters (BCF) as part of the company’s efforts to continue modernizing and growing its fleet.

The aircraft are converted from passenger to freighter configuration by Boeing to feature virtually the same cargo capability as the 767-300F production freighter with approximately 50 tonnes structural payload at a range of 3,000 nautical miles and 412,000 pounds maximum takeoff weight.

“We are excited to introduce additional Boeing 767 freighters to the DHL Express air network,” explains Geoff Kehr, senior vice president, Global Air Fleet Management, DHL Express. “We have operated the 767-300F model across our global fleet for many years and look forward to continue investing in the platform by adding more 767-300BCFs. The freighter type offers a proven versatility and we appreciate the opportunity to further enhance efficiency while simultaneously improving our environmental footprint. This brings us closer to our Strategy 2025 goals.” 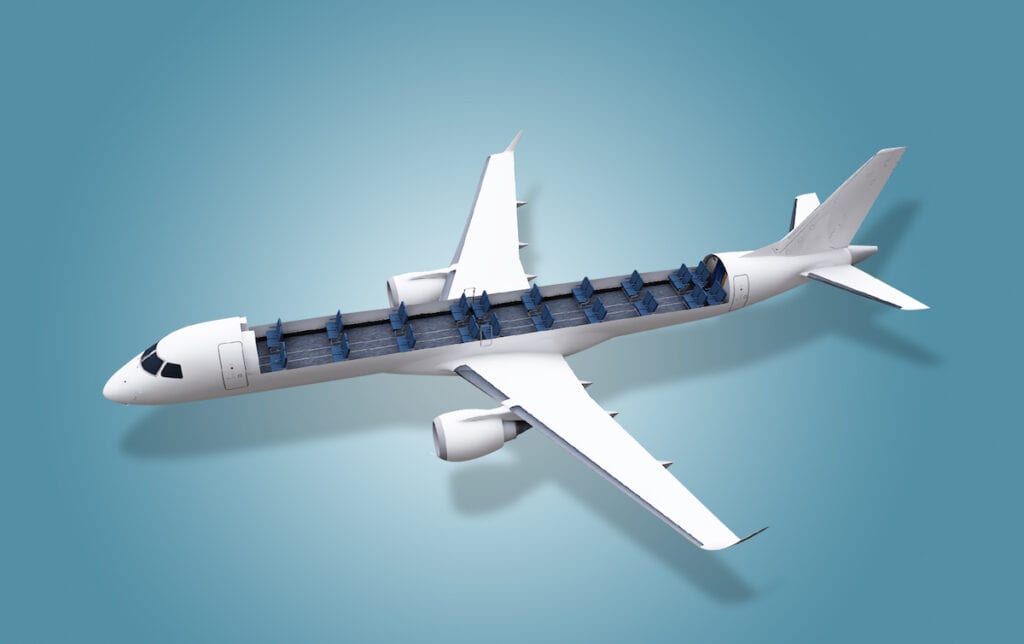 Embraer's new cargo conversion package has been rolled out for its 120s, ERJ 145s and E2 jets. (Embraer)

Embraer has developed a new passenger-to-cargo aircraft conversion package for its line of commercial aircraft. With fewer commercial flights which carry both passengers and freight, the Brazilian OEM wanted to give airlines more space for cargo.

“Embraer’s engineers rose to the challenge when our customers asked them if they could find a way for their Embraer airplanes to carry more cargo payload,” said Embraer Services and Support CEO Johann Bordais. “Today, customers can choose from a portfolio of solutions to carry cargo in the cabins of their Embraer 120s, Embraer 145 Regional Jet (ERJ), and E-Jets.”

ANAC, Brazil’s civil aviation regulatory authority, has granted exemption for the carriage of additional freight on Embraer passenger aircraft. Embraer published Technical Dispositions for the ERJ 145 and E-Jets families of commercial jets, including the E-Jets E2s, which explain how to accommodate cabin freight. A service bulletin has also become available for the 120.

In addition to placing small packages in overhead bins and stowage compartments, cargo items can be placed on each seat, subject to certain restrictions. The payload capacity is significantly increased by the changes. For example, a fully loaded 96-seat E190 can carry 6,720 lbs of cabin freight in addition to under floor cargo. A 118-seat E195 can carry 8,260 lbs.

The airline has equipped two of its A220s with Panasonic’s eX1 IFE solution which is specifically designed for narrowbody aircraft. Each seat will feature elegant full HD seatback monitors, complete with touch displays and handsets, and an intuitive, personalized interface. Passengers will have access to USB and laptop charging power points at every seat.

The announcement marks the extension of Panasonic’s relationship with Air Tanzania following the airline’s selection of its inflight entertainment and connectivity solutions for two of its Boeing 787 aircraft and two Airbus A220s in 2018.

“The installation of Panasonic’s systems allow ATCL operations to adjust to the new market realities. With highly-standardized facilities, Air Tanzania will expand its geographic reach by merging with other partners—especially foreign ones,” said Eng. Ladislaus Matindi, CEO & Managing Director of Air Tanzania. 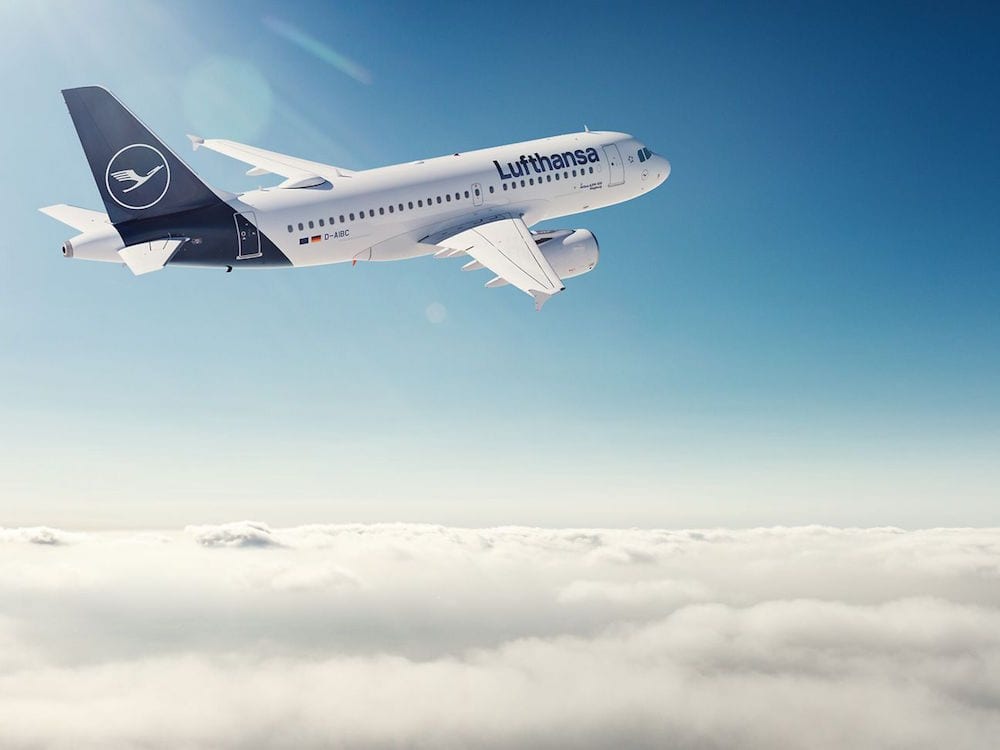 Deutsche Telekom describes the initiative, which first became available on flights in April as the “Inflight Europa Flat.”

"According to a Bitkom survey, every other German would like to surf the Internet free of charge on board of an airplane," said Hagen Rickmann, Board Member Business Customers at Telekom Deutschland GmbH. “We are now responding to this request and expanding our Wi-Fi offering on the plane. From now on, private customers can also surf free of charge on European flights of the Lufthansa Group.”

The offer applies not only to Deutsche Telekom customers, but also to private and business customers of Magyar Telekom, Hrvatski Telekom, Slovak Telekom and T-Mobile Czech Republic. 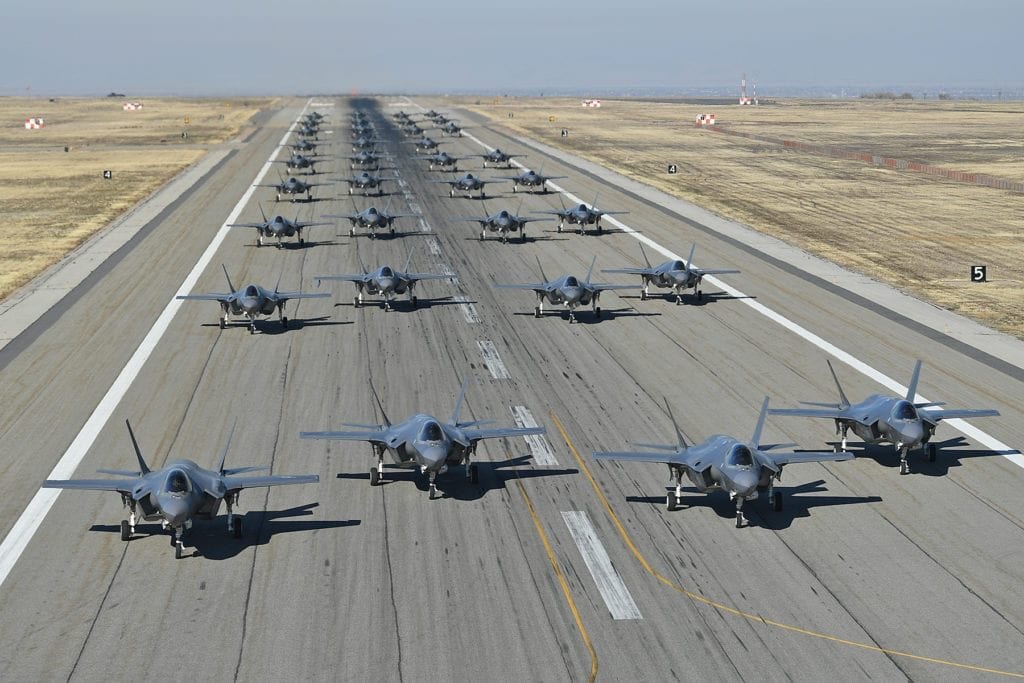 Lockheed Martin on July 21 posted double-digit percentage gains to its top and bottom lines in the second quarter driven by strong operating results across its business segments and the company raised guidance for sales, earnings and cash for 2020.

From the time COVID-19 was declared a pandemic through the end of June, Lockheed Martin accelerated $1.3 billion in payments to its suppliers to minimize supply chain disruptions. These funds came from accelerated progress payments made by the Defense Department and from cash on hand, the company said.

Net income climbed nearly 13 percent to $1.6 billion up from $1.4 billion a year ago. The only dent in the company’s earnings was a $96 million (34 cents EPS) non-cash charge related to a decision to an agreement to sell its interest in the Advanced Military Maintenance Repair and Overhaul Center joint venture. Lockheed Martin said it is selling its stake for $307 million.

Sales in the quarter rose more than 12 percent to $16.2 billion from $14.4 billion a year ago. All four of Lockheed Martin’s business segments contributed to the top line increases, led by the Aeronautics segment, which benefited from F-35 production, development and sustainment, and classified development contracts. The Aeronautics segment, which Lockheed Martin officials said during the company’s first quarter earnings call in April is the most susceptible to supply chain disruptions from the pandemic, instituted a rotational facility plan for the F-35 production line that is allowing production to continue while social distancing and deep cleaning practices are in effect, James Taiclet, the company’s new president and CEO, said during an analyst call.

At the 2018 Farnborough International Air Show, the Tempest was confirmed as a concept model for a sixth generation fighter jet that will eventually replace the Royal Air Force (RAF) fleet of Eurofighter Typhoons.

Team Tempest will be focused on four specific technology areas in developing the sixth-generation jet and the broader air combat strategy. These areas include combat air systems and integration led by BAE Systems and advanced power and propulsion systems headed up by Rolls Royce. MBDA will take the lead on advanced weapon systems, while Leonardo was previously announced as overseeing development of advanced sensors and electronics.

GE Aviation in the UK will work on open architecture and infrastructure for electrical power and avionics systems.

“We are honored to be a part of Team Tempest. Our specialism in high-voltage interfaces, along with deep domain experience across defense platforms, will help bring a solid base of expertise to the team,” Added Paul Laity, vice president European Avionics at GE Aviation, “We are ready to help reimagine the interaction between human and machine, enable use of the full spectrum of data to assure the information advantage.”

Astronics to Develop Electric Systems for Bell V280 and 360 Invictus

Under a newly awarded contract, Astronics will advance its CorePower airframe electrical generation and power distribution systems to support the two aircraft being offered by Bell for the Future Long-Range Assault Aircraft (FLRAA) and Future Attack Reconnaissance Aircraft (FARA) programs.

Bell was recently selected for the competitive demonstration and risk reduction phase on the FLRAA program, which is intended to replace the UH-60 Blackhawk in the Army’s fleet. Bell’s candidate aircraft for the FLRAA program is the V-280 Valor. Astronics has been selected by Bell to develop the electrical power generation, conversion, and distribution system for the V-280. The development program is expected to be executed over the next 18 to 24 months.

Bell was also awarded a competitive prototype contract for the FARA program, which is the planned replacement for the OH-58D Kiowa in the Army’s fleet. The Bell model in the FARA program is the 360 Invictus. Again, Bell selected Astronics to develop the aircraft’s electrical power generation and distribution system.

“We are radically redefining every aspect of airline pilot training, and that includes incorporating all-electric aircraft into our fleet as we invest in the latest technology for our trainees and staff,” said Lee Woodward, Skyborne CEO. “The eFlyer family of aircraft are great for the environment, economical to operate and have the right blend of avionic technology and handling characteristics required to train our future airline pilots.

Bye Aerospace is developing the FAA FAR 23-certified family of all-electric eFlyer general aviation aircraft, starting with the two-seat eFlyer 2, for the professional flight training mission and the four-seat eFlyer 4 for air-taxi and advanced training uses.

“A significant reduction in global carbon emissions is the goal for most socially responsible organizations in our industry, and with the help of Bye Aerospace, we aim to lead the way in the UK,” Woodward said. “It’s vital for the next generation that we invest in measures to make flying more sustainable. Electric is the future of aviation."

BAE is expanding its presence in the electric aviation market by developing smaller, lighter fly-by-wire flight control systems for hybrid and all-electric aircraft. According to a press release, the company's latest computers send precise commands every few milliseconds to more than 40 electronic controllers distributed throughout the aircraft, and are 40 percent smaller and lighter than they were just five years ago.

BAE Systems introduced fly-by-wire technology to military aircraft nearly five decades ago with both the F-16 and F-18, which flew with the company's systems in the mid-1970s. Just a few years later, BAE introduced the technology on a commercial aircraft and by 1994, it had designed the first complete commercial fly-by-wire system for the 777. Most recently, BAE's flight controls have enabled the first flights of the AW-609, B525 Relentless, and 777X.

"Overall, our fly-by-wire systems have flown on more than 50 different aircraft and accumulated more than 150 billion flight hours," the company stated in a press release. "That means that every second of every day, an aircraft takes off and lands safely because of our flight-critical systems."