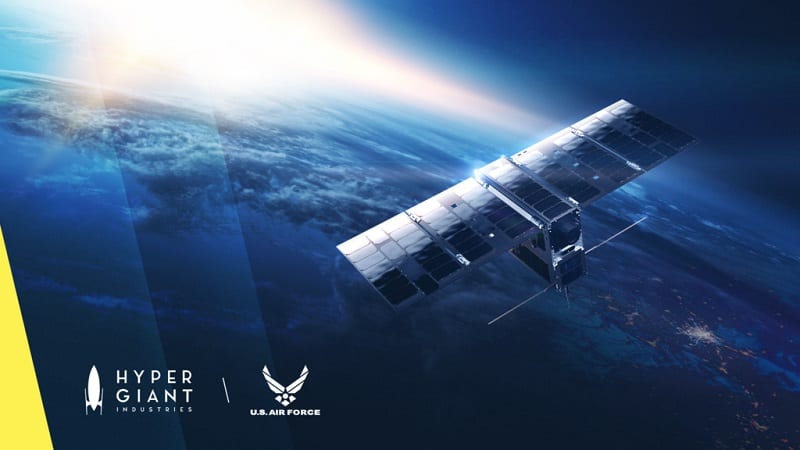 The Air Force and Hypergiant are collaborating on the development of the Chameleon Constellation of cube satellites.

The U.S. Air Force's collaboration with Texas-based Hypergiant Industries is to lead to a Chameleon Constellation of 24 to 36 artificial intelligence (AI) and machine learning-enabled cube satellites able to be re-tasked for national security and other missions within minutes.

Air Force small business innovation research grants are funding the program, which Hypergiant proposed to the Air Force in January and which may lead to a follow-on contract of more than $10 million, according to Hypergiant. The Air Force and U.S. Space Force are providing weapon system support, the company said.

"There are several use cases for the Chameleon Constellation that utilize AI including being able to use a constellation of satellites that can work together to run machine learning models in space on the space-derived data that other satellites provide to the constellation," Hypergiant CEO Ben Lamm emailed in response to questions. "Another use case is that the constellation will be real-time retasked for other use cases such as imaging or communications. Think of it as a group of satellites that work together and can change their function based on the need from the ground. The satellites could be quickly updated and reconfigured while in orbit. Let’s say a volcano erupts and there isn’t an imaging satellite in range. The Chameleon Constellation could be reconfigured in real time to support the efforts. This planned Chameleon Constellation of 24 to 36 satellites could switch within minutes from providing communications to taking pictures of the disaster and aiding first responders."

Retired Air Force Gen. Lance Lord, the former head of Air Force Space Command and an adviser to Hypergiant, said in a Hypergiant statement that "a reconfigurable fleet in space will be a tremendous advantage to today's warfighters."

On June 30, Hypergiant announced the roll-out of the prototype of the company's first node in the Chameleon Constellation, which is to use the Air Force Platform One system as the foundation for the constellation's architecture.

Next February may see the launch of the first cubesat on NG-15, which is to be the 15th resupply mission for the International Space Station (ISS) aboard Northrop Grumman's [NOC] Cygnus robotic resupply ship.

"The satellites are currently designed to be 6U [in dimension] and will be in LEO [low-earth orbit]," Lamm wrote in his email. "Based on the success of the phase 1 of the mission, we expect to start rolling out the constellation immediately and continue to over the next two years."

Asked whether the constellation could act as a supplement for the Next Generation Overhead Persistent Infrared missile warning satellites and what Air Force missions the Chameleon Constellation would address, Lamm replied that Hypergiant is "focusing on phase 1 mission success for CD/CI (continuous delivery continuous integration) for the real time updating of software of assets in orbit."

"From there, these are several other use cases and goals we are focusing on including distributed computing, secure back up, and real time ML of other space-derived data from other satellites," Lamm wrote in his email.

Air Force Maj. Rob Slaughter, the director of DoD's Platform One, said in the Hypergiant statement that "in order for the U.S. to remain competitive and protect the systems that run the lives of everyday Americans, we created a solution that allows for continuous software delivery in space."

The Air Force has been ramping up cube satellite efforts.

The Rogue CubeSat program is a dual cubesat program co-developed between the Air Force Space and Missile Systems Center (AFSMC) and the Aerospace Corp., with the goal of exploring how feasible it would be to develop small and inexpensive satellites to quickly plus-up a proliferated low Earth orbit constellation, the Air Force has said. The satellites are to explore “jumpstarting LEO cloud scene processing” and provide test data for short-wave infrared band satellites. 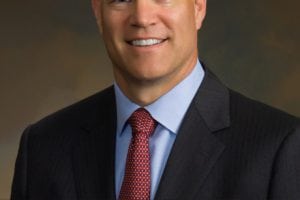