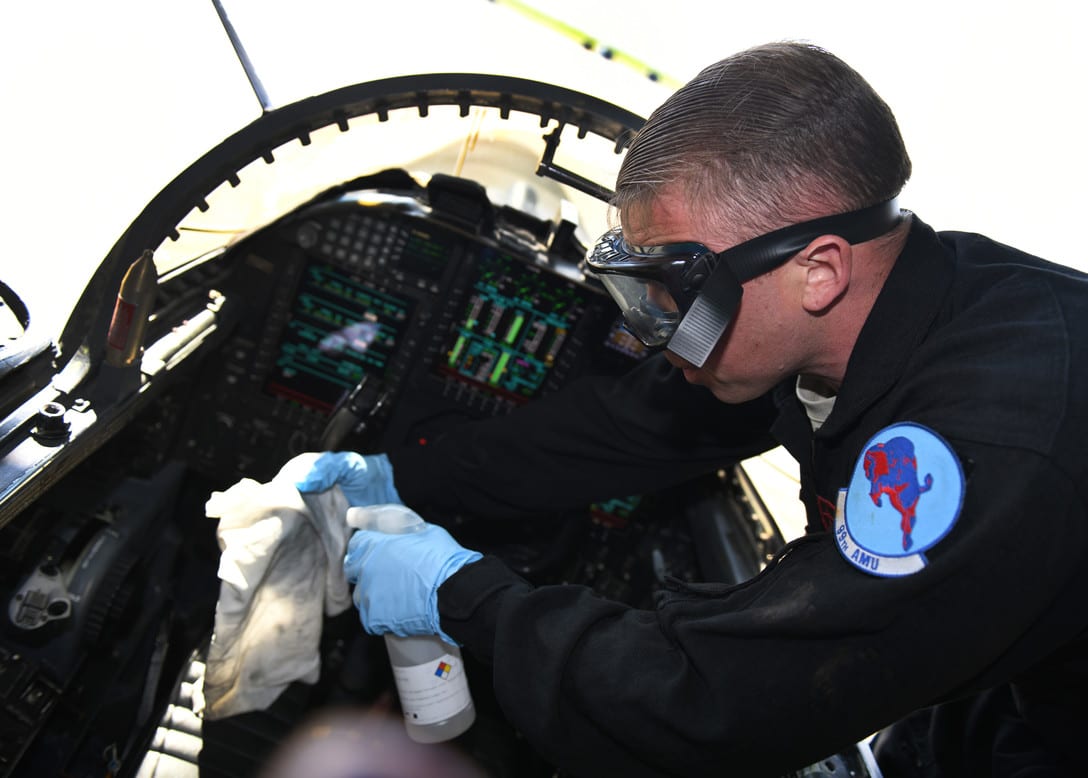 Air Force Staff Sgt. Brandon Green, 99th Aircraft Maintenance Unit dedicated crew chief, sprays disinfectant liquid on a rag to sanitize the cockpit of a U-2 on March 23 at Beale Air Force Base, Calif. The cockpits on Beale AFB’s fleet of U-2s are being sanitized on a regular basis to prevent the spread of COVID-19. Photo: U.S. Air Force

Lockheed Martin Skunk Works in Palmdale, Calif. is to modify the aircraft.

"The recent ATR contract covers the design, integration and test of the new components on one U-2 aircraft to pave the way for full fleet modification in the future," Irene Helley, Lockheed Martin's U-2 program director, wrote in an email to Avionics International. "Integration and test of the first U-2 will be complete in 2022 followed by fleet modification.  All 31 aircraft will receive the ATR upgrade – 27 single-seat aircraft and 4 two-seat aircraft."

Lockheed Martin is finalizing the ATR subcontracts for the updated avionics suite, new cockpit displays, and a new mission computer designed to OMS standards that will move the U-2 toward the Air Force's Advanced Battle Management System (ABMS) approach to link sensors from a variety of platforms. Due to COVID-19, the Air Force has postponed a second round of tests for ABMS scheduled for this month to June.

"The future of fight is all about data – getting the right information to the right person at the right time," Helley wrote in her email. "Future systems must rapidly collect, process and share data across integrated networks that include legacy and 5th generation platforms; use machine to machine processing to dramatically reduce the data to decision timeline; and communicate securely and simultaneously at all tactical, operational and strategic levels across multiple domains."

"Open Mission Systems enable this future with affordable, swift integration of new capabilities onto the U-2," she wrote. "OMS also allows for the collection of both air vehicle and mission system performance data to support planned maintenance instead of disruptive, unscheduled maintenance – minimizing maintenance down time for the fleet. For capability demonstrations, we have used the Lockheed Martin developed OMS solution known as the Enterprise Mission Computer version 2 (EMC2) that makes the U-2 OMS enabled. The EMC2 will be part of the ATR upgrades." 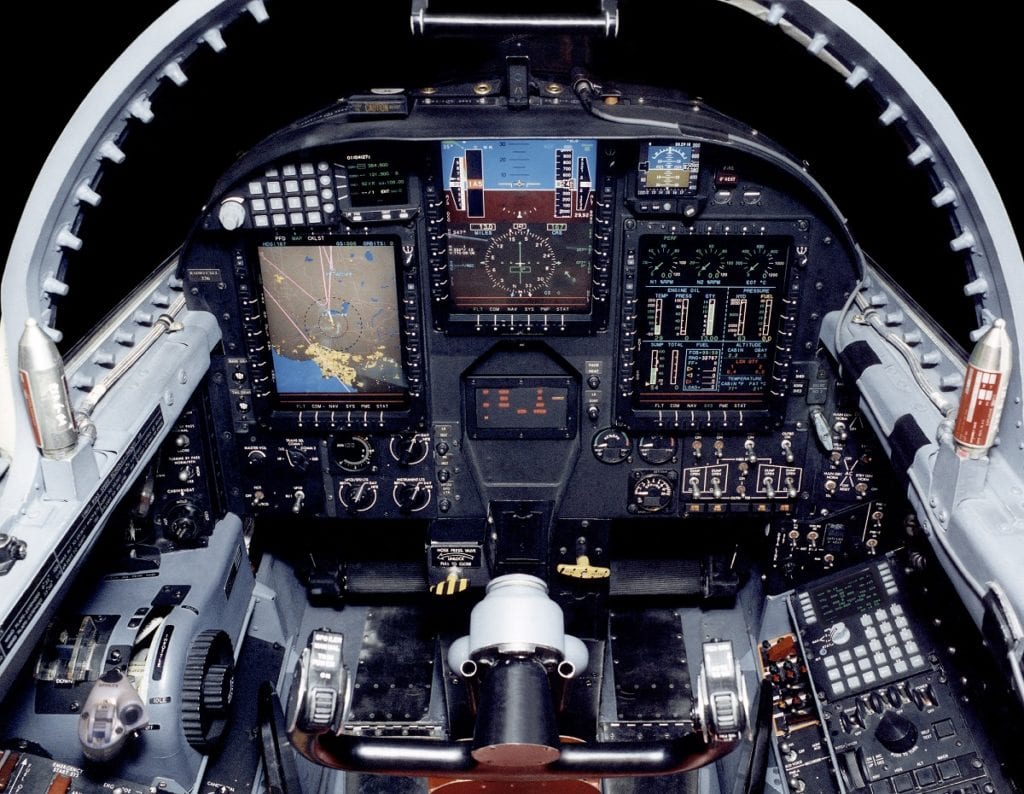 ATR follows the Reconnaissance Avionics Maintainability Program (RAMP) for the U-2. Lockheed Martin received a $93 million Air Force contract for RAMP in October, 1998 and delivered the upgraded planes between 2002 and 2008. Those upgrades replaced the 1960s steam gauges with graphic displays, including three 6 by 8 inch multi-function displays by L3Harris, an up-front control panel and display by Honeywell and Ontic, a warning and caution annunciator by Korry Electronics and Esterline, and a stand-by flight display by Meggitt PLC.

The RAMP upgrades also have an avionics processor by Lockheed Martin's Owego, NY operation and a VxWorks operating system supplied by Wind River.

"The new displays under the ATR will be higher resolution and provide essential [intelligence, surveillance and reconnaissance] ISR information, as well as an overview of the battle-space, presented in real time to the pilot," Helley wrote in her email. "The raw data is collected then analyzed and the most relevant data is displayed. Flexible autonomy is an option for the pilot, providing them an opportunity to focus on strategic decision making and other tasks as desired. The data and information, as well as the flexible autonomy, enables pilots to make more informed and faster decisions, freeing time spent on mundane tasks for more strategic efforts.'

According to Helley, "a key discriminator will be the implementation of a next-gen hand control that will maximize human factors to allow pilots to easily enter data in selectable fields, thereby, greatly increasing pilot efficiency."

"The hand control will also provide pilots the ability to enable tipping and queuing, a key discriminator for gathering and sharing intelligence," she wrote in her email.